This dish is one which we frequently order whenever we eat out at Chinese restaurants, as it is one of the kids' favourites, though most times we would request for chicken instead of pork. I was browsing thru my collection of local cookbooks, looking for ideas for dinner, and found this recipe, and decided to give it a try.

Meaty spare ribs are first marinated with some ingredients, and I have omitted the Maggi seasoning and added in some salt. I've noticed that the bicarbonate of soda, which acts as a tenderizer for the meat, is used rather too much at 2 teaspoons! I have reduced the amount to 1/2 tsp, as I do not want the overpowering taste of bicarbonate of soda which can be rather unpleasant to the taste buds! 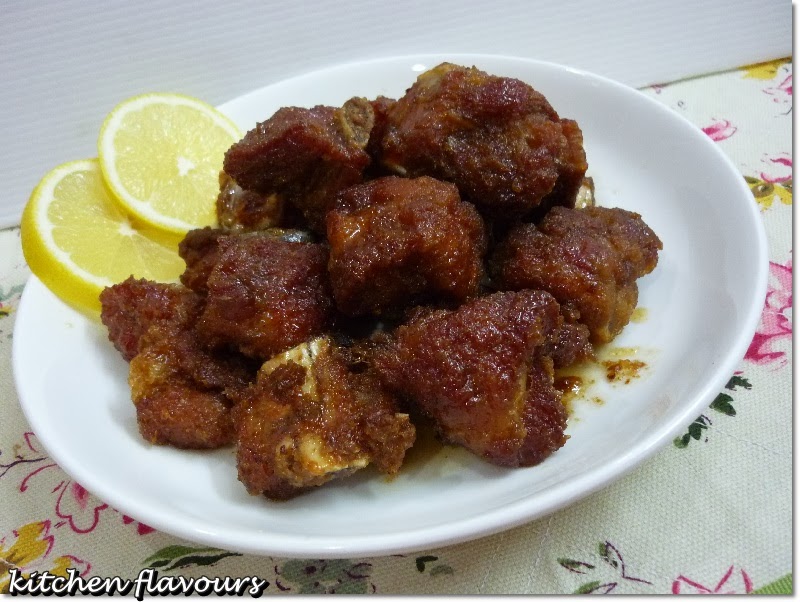 I have used much more honey than it calls for in the recipe, as 2 tablespoons honey is not enough. Adjust according to taste. A nice dish to eat with plain steamed rice.

Sauce :
2 tbsp lemon flesh (squeeze out juice of 1/2 lemon and scoop out the flesh)
2 tbsp honey (I use much more than this, adjust to taste)
1 tsp salt
200ml water

I'm linking this post to Little Thumbs Up, ingredient for this month is Lemons, an event organized by Zoe of Bake For Happy Kids and Doreen of My Little Favourite D.I.Y. and hosted by Grace of Life Can Be Simple. 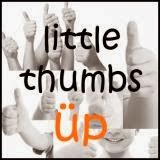 Posted by kitchen flavours at 9:52 PM