This month's selected recipe at Rose's Bread Bible Bakers, an online group of bloggers who are currently baking through Rose Levy Beranbaum's book, The Bread Bible, is Cinnamon Raisin Bread. A soft white raisin bread which is spiraled with cinnamon sugar. I have however decided to omit the cinnamon sugar, as I wanted a soft white bread, with just raisins all over.


The recipe makes two loaves of bread, but I've halved it to make one loaf. The dough is a pleasure to work with, soft but not sticky. Starts with a dough starter, which is left to ferment for 1 to 4 hours at room temperature. There are a couple of resting times during the process of mixing the dough. After that the dough is left to rise until doubled, then form into a rectangle, give it one business letter turn, covered in a container and refrigerate for an hour for easier rolling. I left it in the refrigerator for about 3 hours.


Since I have omitted the spiral with the cinnamon-sugar, I shaped the dough into a loaf and place it in the greased loaf pan. Leave to rise until it has risen about 1/2 inch from the top of the pan. Bake as directed in the recipe. 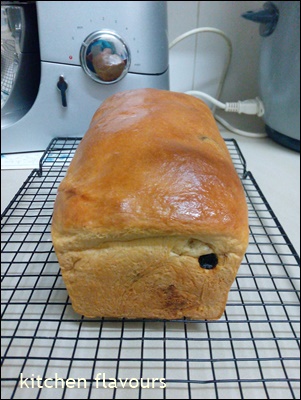 Bakes up lovely. Freshly baked, cooling off on a rack. 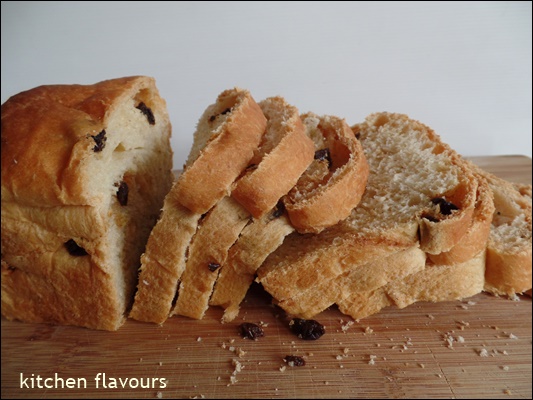 I baked the bread the night before, and sliced the loaf the next morning for breakfast. The bread is soft, moist and wonderful! 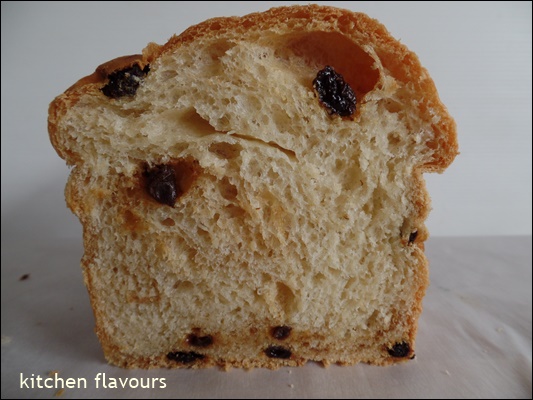 The lovely soft interior. I love raisins in breads. 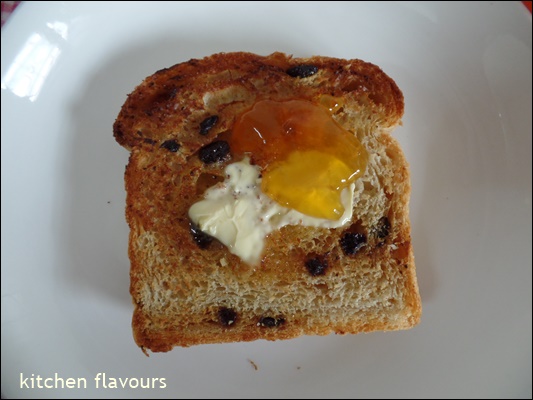 Toasted and spread with butter and my homemade Orange and Cardamom Jelly, for breakfast, with a mug of hot coffee. Wonderful! My hubby enjoyed his three slices, without any jam or butter, with thumbs up from him!


Rose has given a variation for Herb Spiral Loaves, sounds like the perfect bread for a sandwich! I will be trying that soon!

Up next in September, we will be baking Basic Hearth Bread, on page 305.

Posted by kitchen flavours at 10:07 PM