Today, I'm sharing on how to make Homemade Dulce de Leche, two ways. Most of you would already know how Dulce de Leche is made, and would have probably made them before. I have not seen Dulce de Leche being sold anywhere here in the area where I live, maybe I could probably get it from Cold Storage or The Grocer, but since I'm not going to these places anytime soon, and not even sure if I can find it, I decided to make them instead.

Dulce de Leche is a sauce or syrup, similar in taste to caramel, but is made by heating sweetened condensed milk until it turns gloriously brown, the colour of caramel. It is a common ingredient used in South American countries. The Mexican use goat's milk to make Dulce de Leche, and one of these days, I would try to get some, just to compare on the difference in taste.


There are various ways of making Dulce de Leche. The most common method is to use a can of condensed milk and boil it for about 2 hours, fully submerged in boiling water at all times. I have read that there is a risk in using this method, due to the heat, the can may bulge, and there is a danger of it exploding. (Imagine the clean-up that you have to do, if that happens!) Some suggests to make two tiny holes (at opposites sides of each other) at the top of the can, then place it in a pot of water, upright position, filling the pot with hot water to about 1" from the top of the can, letting it boil for 2 hours. Which method should I use? Neither, as I further read that it is not a good idea to even use the can method as the cans are not meant to be used in high temperature conditions, since they are not manufactured for such use, and it would not be recommended for health reasons. Both methods have been used by many, so it is up to your personal preference and judgement.


I'm sharing two ways of making Dulce de Leche, the first one by making it all from scratch, without any condensed milk, but with regular full cream milk. The second is by using canned condensed milk. Let us start with the first method first : 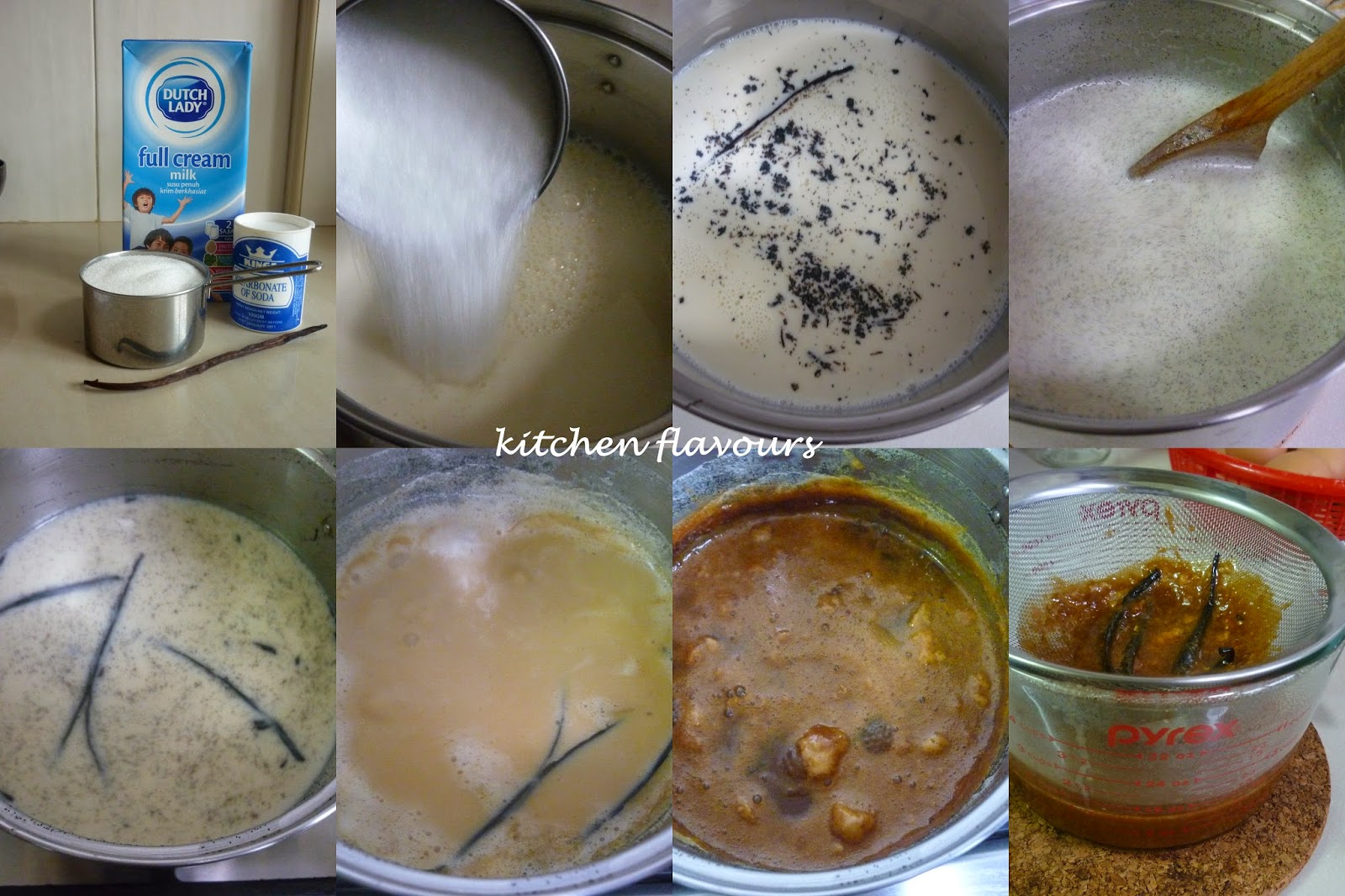 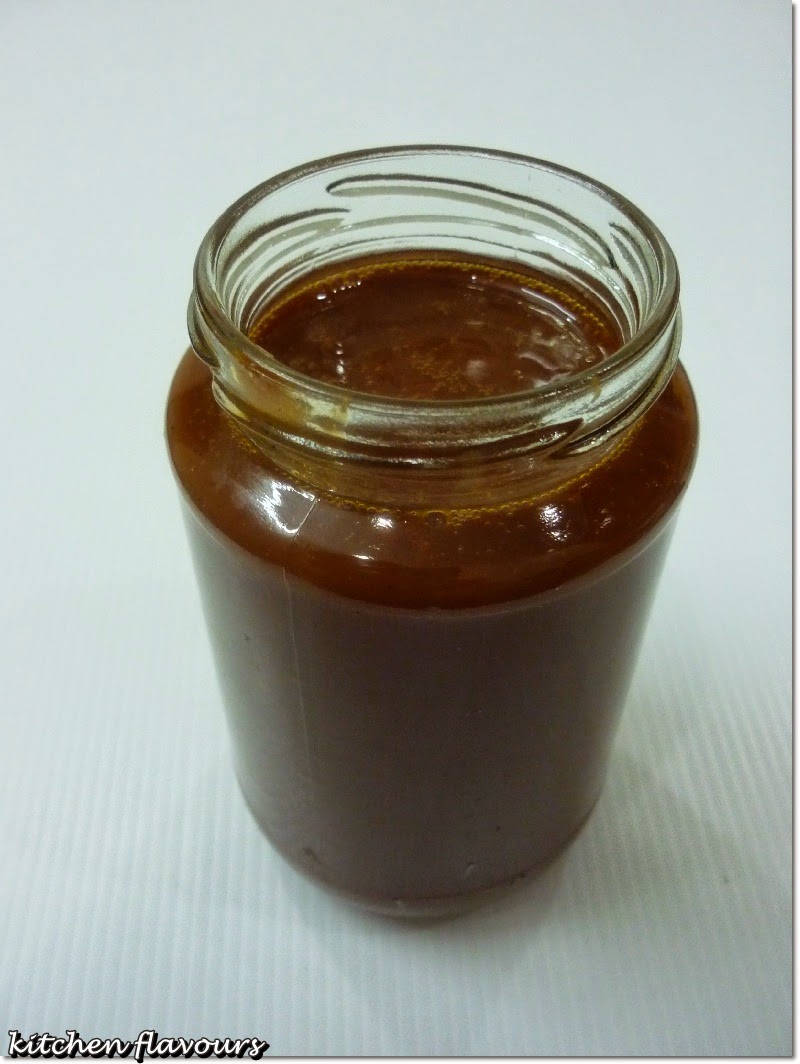 From 1 liter of milk, the yield is only about 1 cup of Dulce de Leche. 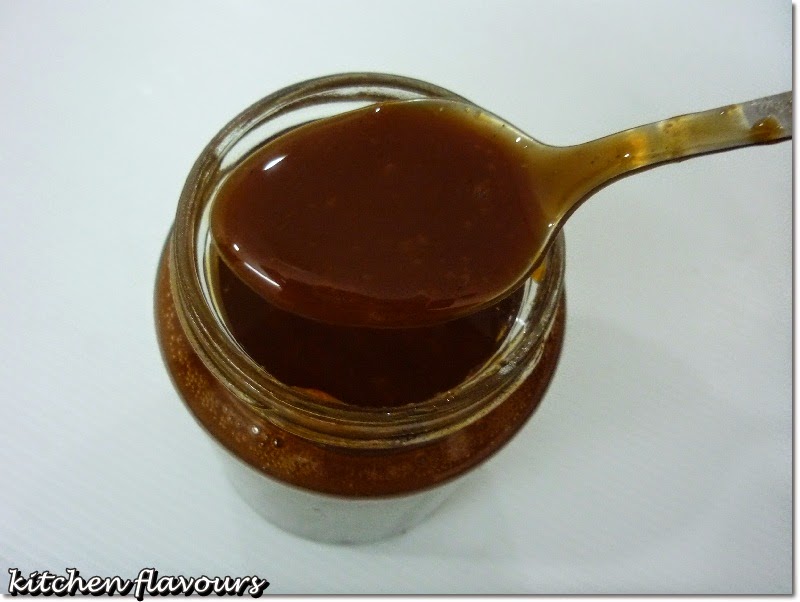 I made mine into a pourable sauce consistency, the colour is really dark, and it took me about 1 hour 40 minutes for the whole process. Taste is really good, with sort of like a "butterscotch flavour". 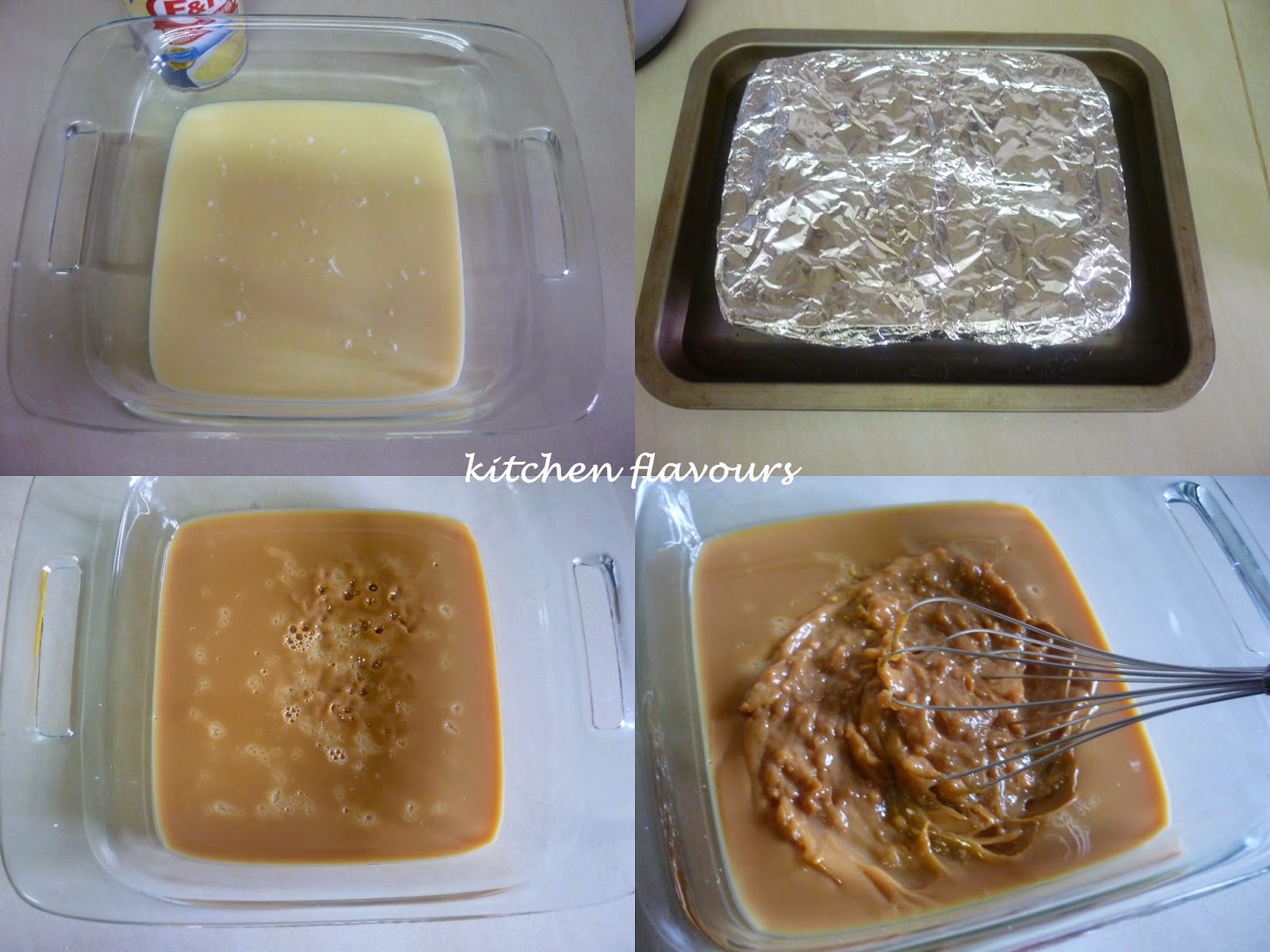 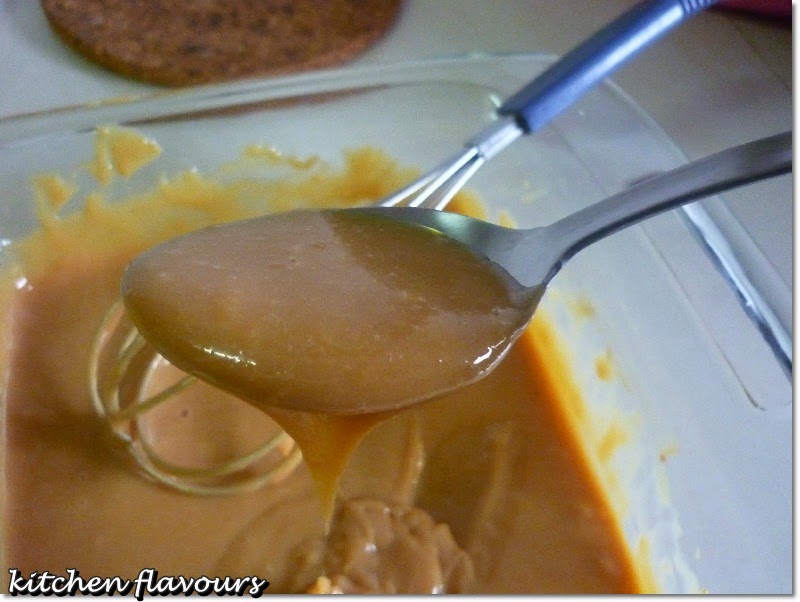 Gloriously creamy and thick, since condensed milk is used.


My notes and comparison :
Taste :
Method One

Between these two methods, I prefer the first method. Making the Dulce de Leche from scratch using full cream milk and sugar, simmering it to the point until it takes on the colour of dark caramel, makes it tastes so similar to a butterscotch flavour. I made mine into a pouring consistency, it is not as creamy, and  as rich as when using the canned condensed milk, but the taste makes up for it, and it is not as sweet as the condensed milk version. This is especially good drizzled over pancakes and crepes. For a thicker set to spread over bread and toasts, simmer it longer until it reached your desired thickness.
Method Two
Using the canned condensed milk, the texture is very creamy and thick, as condensed milk is already creamy and thick! Tastewise, it is extremely sweet. This would be great for baking and making ice creams, and I have been enjoying some of it in my morning coffee.

Texture :
Method One
You've got to keep track of the consistency you want, once it has reached the colour of deep golden brown. To make it really thick, more cooking time is needed with constant monitoring.
Method Two
The advantage of using canned condensed milk is you do not have to actually keep close track of the creamy consistency, as it is already thick to begin with.

Ease of Making :
Method One
Even though the mixture is left to simmer without the need for constant stirring, it makes clean up a little messier, but bearable! Easy to do, but need monitoring towards the end to keep track of the colour and thickness you want.
Method Two
Really easy method. Just leave it in the oven without disturbing it at all. The only work is, to check on the water level in the roasting pan at halftime and add more if necessary. This is definitely the easier method between these two.

For a pouring consistency, I would go with the first method. And for a thicker and creamier one, definitely the second method. It all depends what you are using the Dulce de Leche for. I'm sure you'll find something to use it for, with either methods of making.

Remarks - Recipe Source :
The above recipes was sourced from various websites in the internet. Most of them have used the same amount of ingredients and the same method of preparation. I'm listing two of the sources here for reference
The Kitchn (making Dulce de Leche from full cream milk)
David Lebovitz (making Dulce de Leche using canned condensed milk, also can be found in "The Perfect Scoop" pg 171)

I am linking this post to Little Thumbs Up event, ingredient for this month is Milk, organised by Zoe of Bake For Happy Kids, Doreen of My Favourite D.I.Y., hosted by Tze of Awayofmind Bakery House. 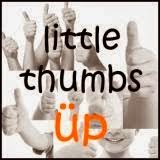 Posted by kitchen flavours at 12:17 AM