This month, at The Cake Slice Bakers, the four recipes selected from the book World Class Cakes by Roger Pizey, which we are currently baking from are ;

Members can choose any of these cakes to bake, and my choice is Blueberry Financiers. 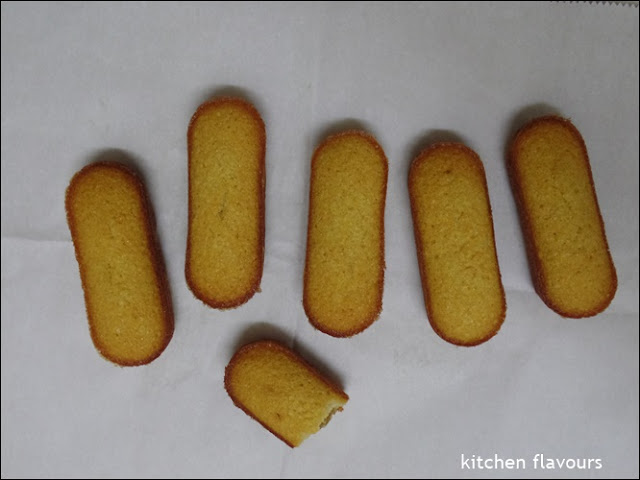 The only thing is I did not use blueberries, which I was planning to use, but at the last minute, I've used golden raisins as I have been thinking about making a tea cake with golden raisins for weeks! I've made half a recipe, which yields 6 financiers, and the only change I've made to the recipe was to reduce the sugar to 1/4 cup and I've added 1/4 teaspoon of vanilla extract to the batter. The mould I had was slightly longer than the one used in the recipe, and the shape is oblong instead of rectangular. Baking time remains the same at 20 minutes.

I have also omitted the apricot glaze for the baked financiers. 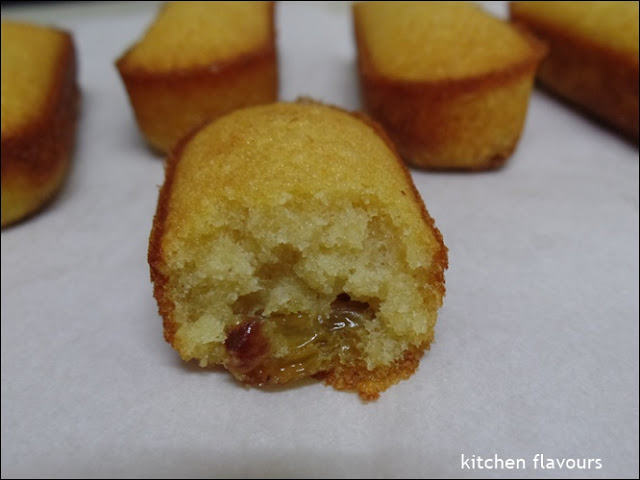 These financiers are delightful to eat, very moist and yummy. The only downside is, the raisins sank to the bottom, but that is OK with me, as these little tea cakes are really nice. Perfect with a cup of warm tea.

Posted by kitchen flavours at 10:51 AM