I bought my pullman bread pan many years ago, like 5 or 6, maybe 7 years ago, no idea exactly when, but it was a long time ago! It has not been sitting idle in my pantry cupboard, I have used it before for baking other breads, but have not made any pullman bread, as it was meant to be used for! Finally, a few weeks ago, I decided to try a Pullman Bread recipe from one of my favourite baking book, Nick Malgieri's, "Bread". 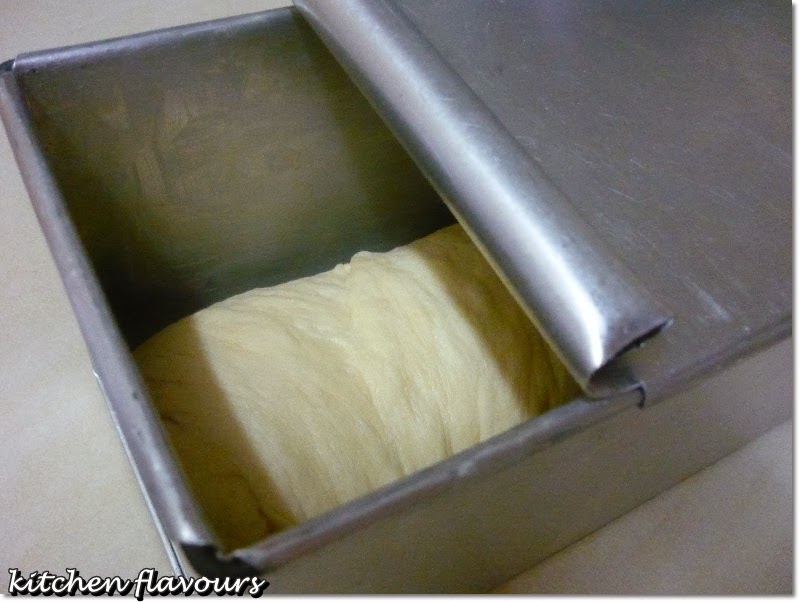 The bread dough is mixed as usual as per the instructions in the recipe below. As for the shaping of the dough before the final rising, I have made some changes, which can be found, noted in blue, from the instructions (at no. 8) in the recipe. Simply because the first time when I've made this bread by following the instructions in the shaping, the shape of my bread turned out funny! With some spaces and bumps on the surface, not a pretty sight! Obviously I need to practice more on the shaping. So on my second attempt,  instead of following Nick Malgieri's way of shaping the dough, I have adjusted to my simple way of shaping it, which works fine for me. 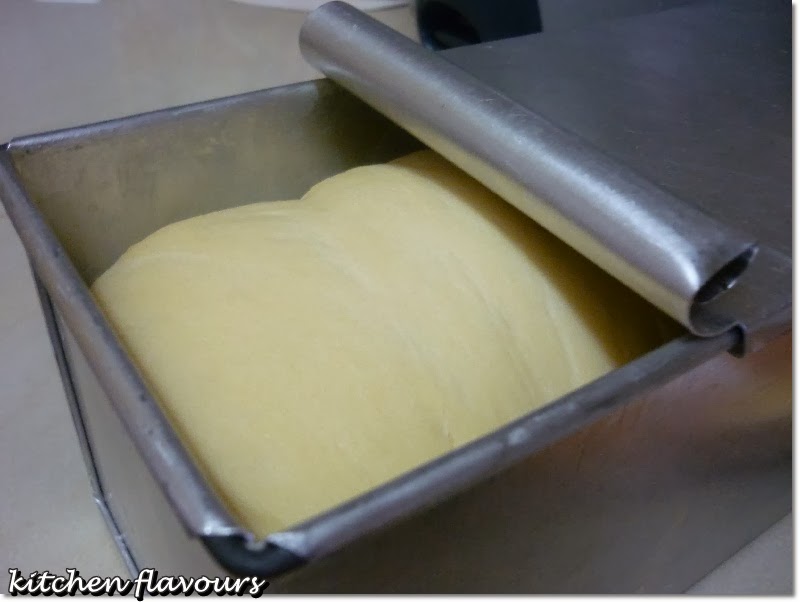 Once I have shaped the dough, it is placed in the Pullman pan for the final rising, with the lid on, but only two-thirds of the way in. When the dough has risen to about 1/2" below the level of the pan, slide the lid to close the pan completely and proceed to bake as per the instructions below. 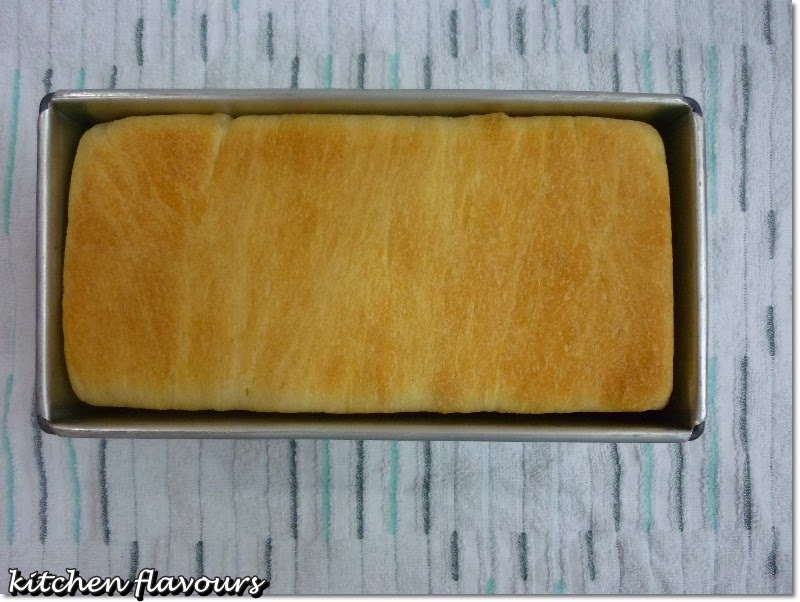 Baked out great. Perfectly flat at the top with  nice light golden colour. 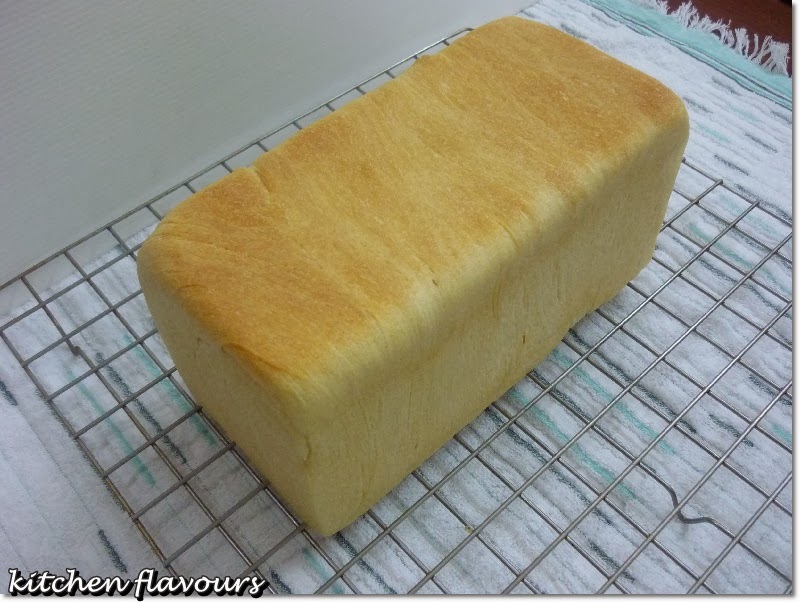 The sides are a little pale in colour, I actually removed the bread from the pan and placed it on a baking tray, and bake for about 5 more minutes, but it makes no difference to the colour. I'm afraid of drying out the bread if baked it longer, so I took it out from the oven and left it to cool on a wire rack. 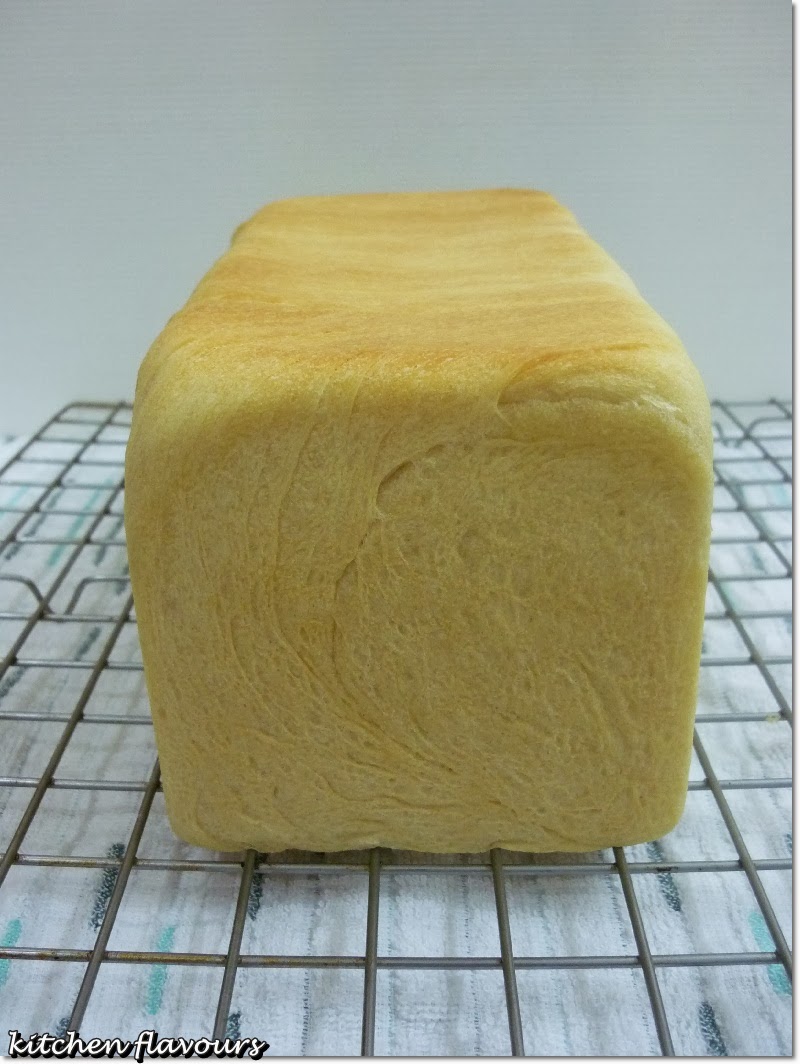 I guess the colour does not really matter! The texture inside is moist, soft and fluffy. 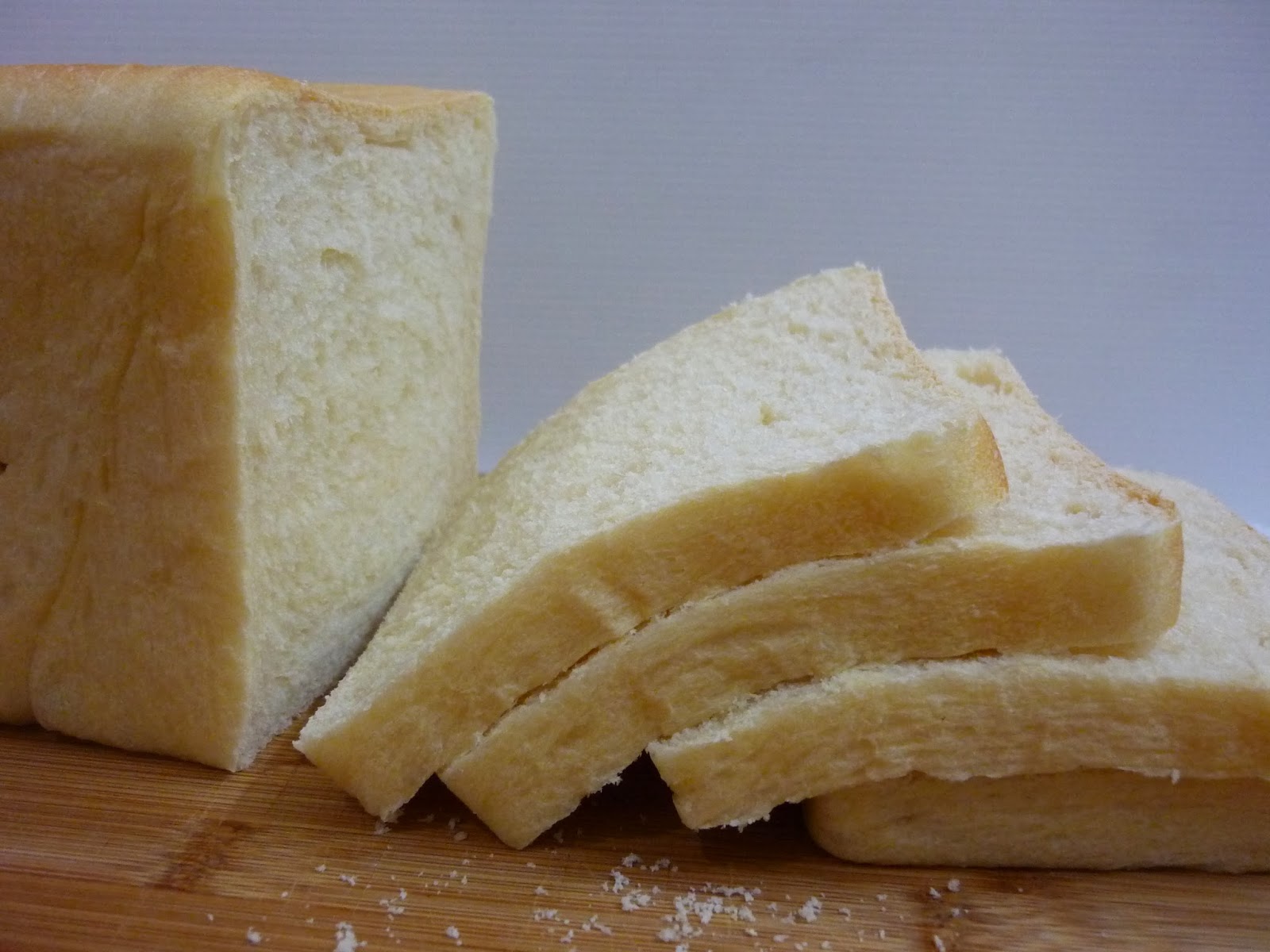 See how soft the bread is. It is a keeper recipe!
I have made this bread a couple of times. And it makes a lovely sandwich bread. Another plus is, it stays as soft on the third day! Be sure to wrap it in plastic wrap and placed in an airtight container.

I'm sharing this post with :
Cook-Your-Books #10 hosted by Kitchen Flavours