"Noodles, Noodles, Everywhere!", our theme for this week at I Heart Cooking Clubs (IHCC), where we are currently cooking from Donna Hay's recipes, and we have three weeks more to go before we start with our next featured chef.

I am in the midst of clearing my freezer, and found some cooking cream which I freeze a while back. In order to use up the cream, I've cooked this simple Pasta with Mushroom. A couple of months ago, I've cooked Creamy Mushroom Pasta, a Bill Granger recipe, which we really enjoyed, so I thought of giving Donna Hay's recipe a try since these two recipes are quite similar. 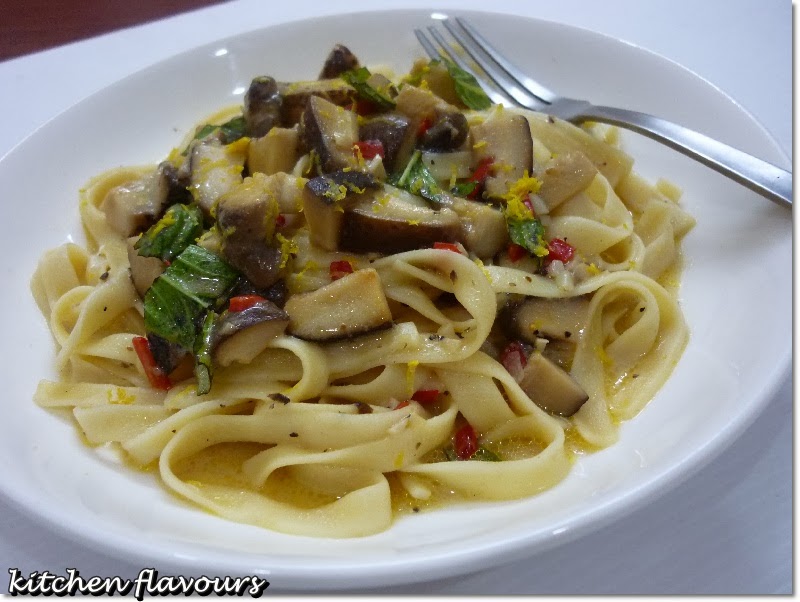 I've used fresh shiitake mushrooms. Though the recipe does not call for lemon zest, but I have added that in, since we love it when I cooked Bill Granger's recipe the last time. And I've added 2 cloves of garlic, finely chopped and cook it together with the mushrooms. 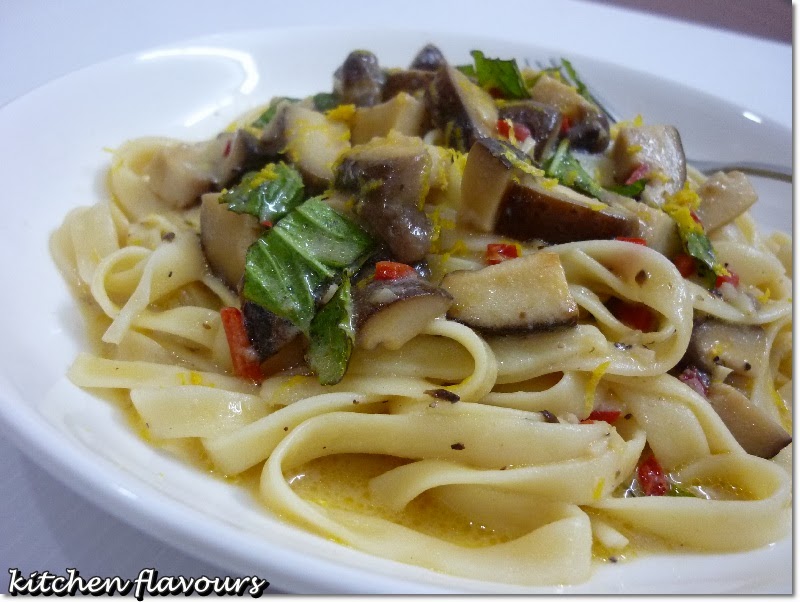 Comparing this recipe with the one from Bill Granger, I think the recipe from Bill Granger has a winning point, which he uses fresh thymes and lemon zest which in my opinion brings out the flavour of the dish with the delicate fragrance of the thymes and freshness from the lemon zest. But with that being said, this is a nice pasta dish. We had this for lunch and the kids were happy.

Heat a frying pan over medium heat. Add the butter, chilli and mushrooms and cook for 4 minutes or until the mushrooms are brown. Add the stock, cream and lemon juice and simmer for 5 minutes.
While the sauce is simmering, place the pasta in a large saucepan of lightly salted boiling water and cook until al dente. Drain. Toss the pasta with the mushroom sauce, parmesan, basil, pepper and salt. Serves 4.

To view other noodles dishes that my friends have made, please visit I Heart Cooking Clubs (IHCC). Posted by kitchen flavours at 3:00 PM