"Along The Spice Trail", the theme for this week at I Heart Cooking Clubs (IHCC). I love cooking with spices. For this week's time, I've made Diana Henry's, Spiced Meatballs In Tomato Sauce, served over spaghetti. 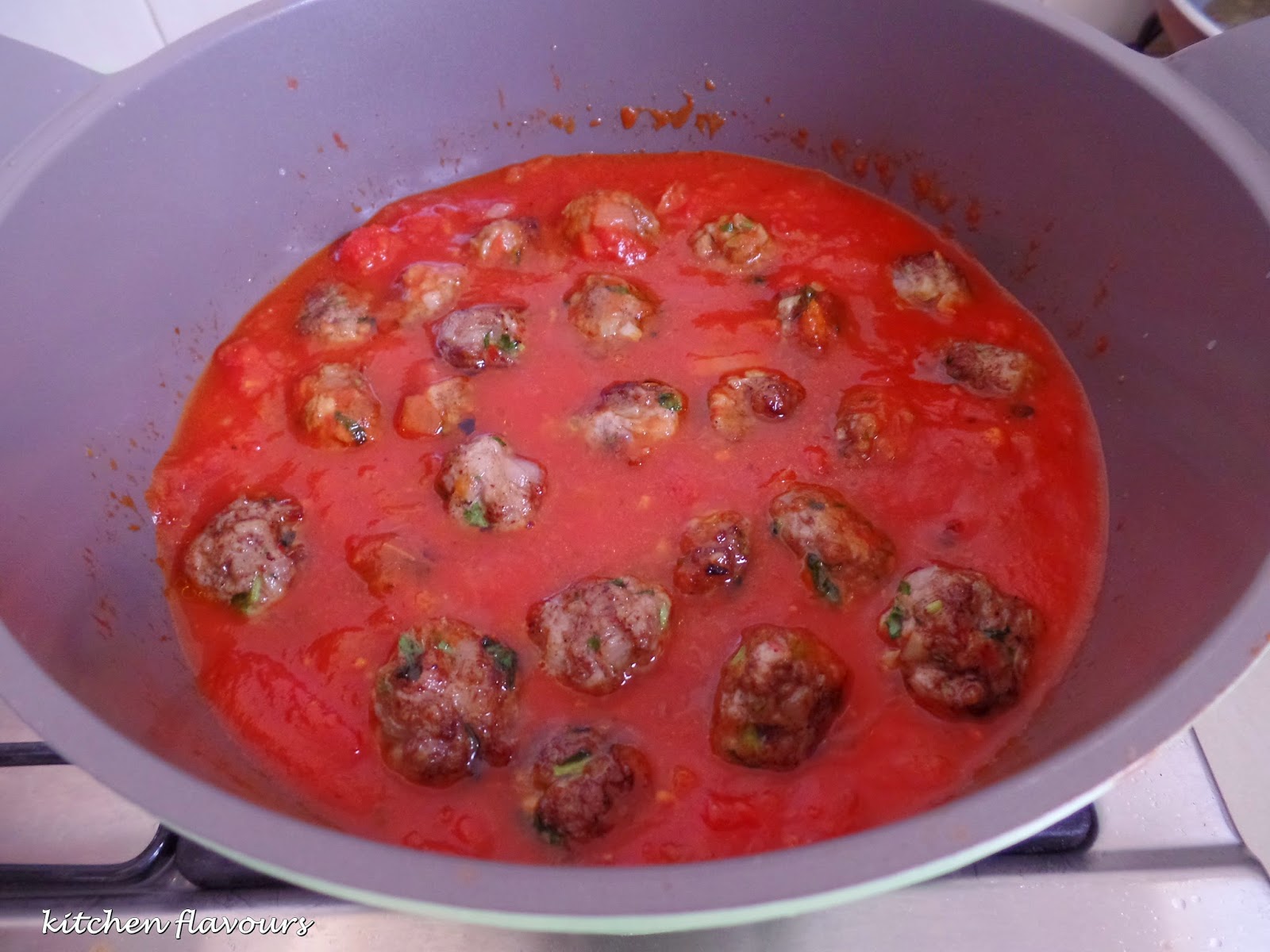 Simmer the meatballs in the prepared sauce. Smells nice!

What I like about this sauce is, it is really easy peasy. There's no browning of the onions and no dishes to wash! Simply chop the onions and garlic, and dump them straight into the stewing pot along with the other ingredients for the sauce ; canned tomatoes, oregano, tomato puree, light brown sugar, salt and pepper and olive oil. Let the sauce comes to a boil, then reduce heat and simmer until slightly thickened, about 30 minutes, stirring from time to time. My family love more sauce for their pasta, so I have used three cans of tomato instead of two. I did not have any canned cherry tomatoes, so I have used one can of chopped tomatoes and two cans of plum tomatoes which I crushed before cooking. And did not have fresh oregano leaves (my plant died!), so I've used a tablespoon of dried oregano.

While the sauce is simmering, prepare the meatballs, as per instructions in the recipe. I've used ground pork instead of beef. Ingredients for the meatballs ; onion, garlic, red chilli, ground cinnamon, ground nutmeg, ground mixed spice, chopped coriander (did not have any parsley). Season well. Fry a small chunk to test on the seasoning. Form the meat into meatballs, then browned them in a little oil. Remove and put them into the sauce, and continue to simmer for another 15 minutes until the meatballs are cooked through. Check on the seasoning, I added another tablespoon of brown sugar to balance off the flavours. Serve over spaghetti. 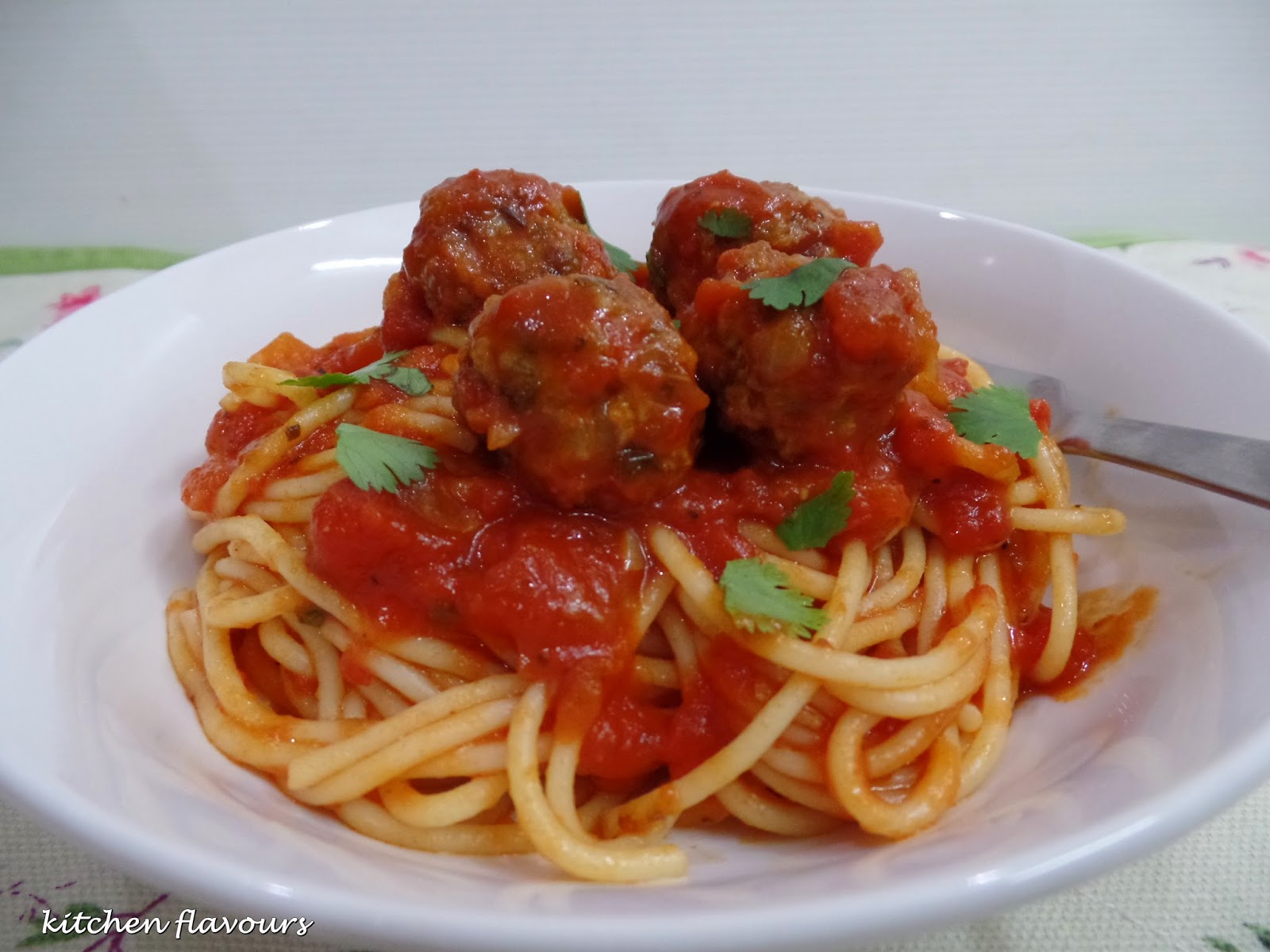 The meatballs uses quite a fair amount of cinnamon and ground mixed spice. I have however used ground nutmeg instead of grated. At first I thought that the spices would be too strong, but they balances off really deliciously with the meat. Stir through the spaghetti with the sauce, top with more sauce and some meatballs, sprinkle with chopped coriander, and enjoy!

I'm linking this post with I Heart Cooking Clubs (IHCC), theme for this week
"Along The Spice Trail"

and
Little Thumbs Up January 2015 : Pasta/Noodles organised by Zoe of Bake For Happy Kids, Doreen of My Little Favourite D.I.Y, and hosted by Anne of My Bare Cupboard.

Posted by kitchen flavours at 10:15 AM