"Veggie Variations", the theme for this week at I Heart Cooking Clubs (IHCC). It's veggie week! I've harvested some homegrown Kai Lan from my potted garden and made Diana Henry's stir-fried veggie dish. She uses Kale, which I have not eaten nor seen before, so I've used my homegrown Kai Lan which is also known as Chinese Kale. I do wonder whether is the taste similar to Kale. 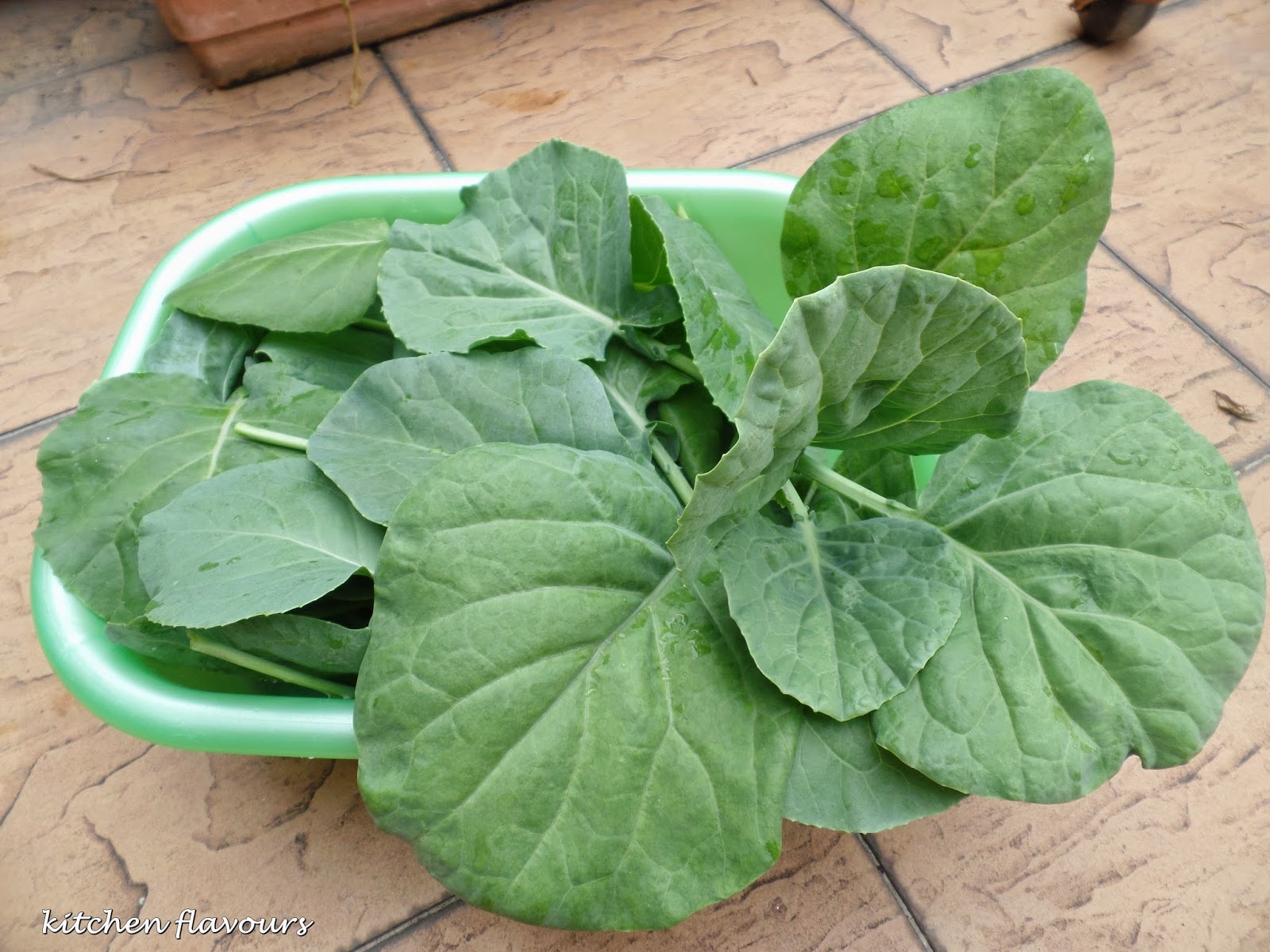 Kai Lan from my potted garden 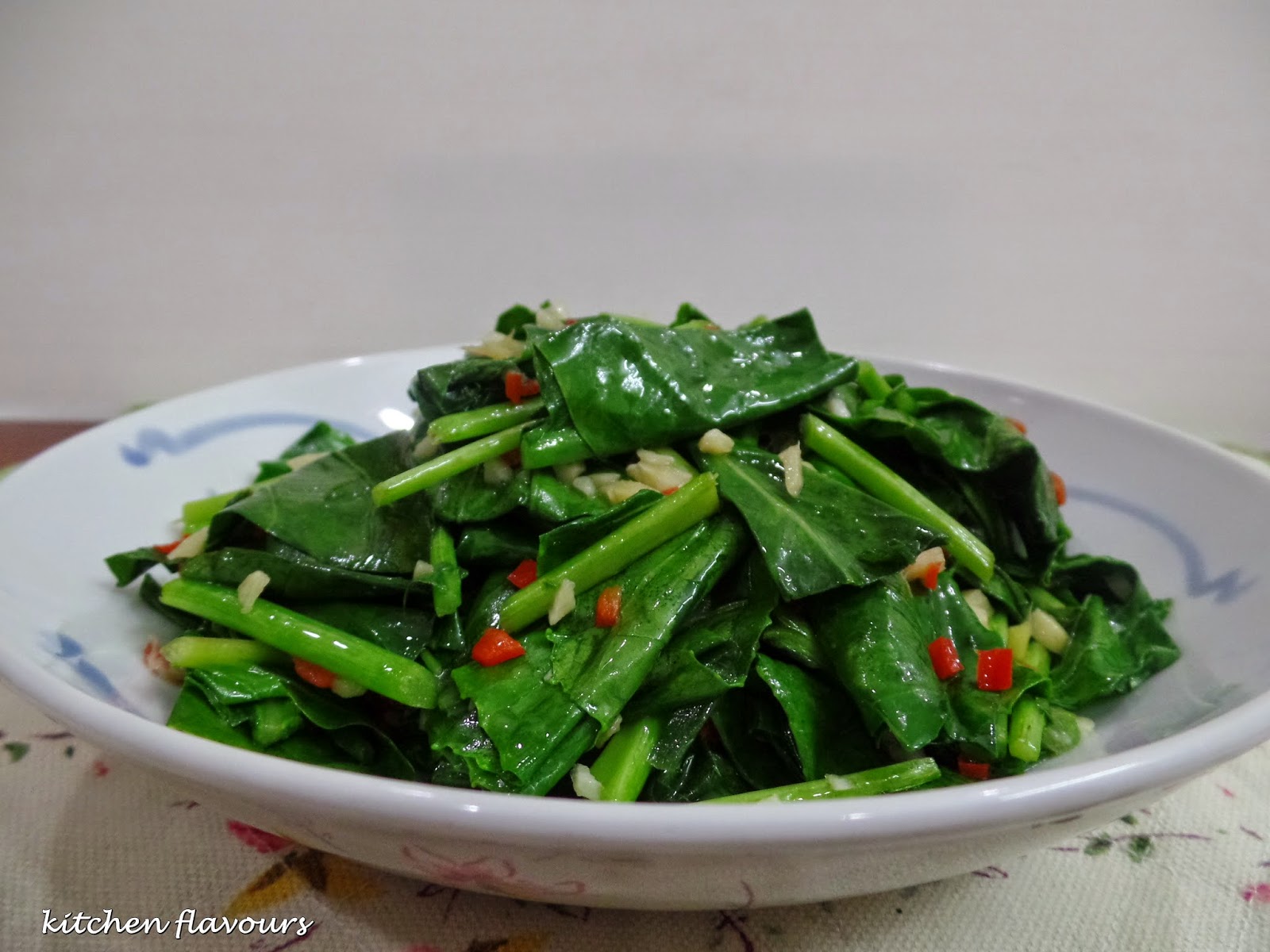 A simple stir-fried dish, our version is pretty much similar to Diana Henry's  recipe ingredients. She has pre-boiled the Kale before stir-frying them, but I have omitted that step since I've used Kai Lan. A nice dish to serve for dinner along side some other dishes to eat with fluffy hot white rice.

I'm linking this post to I Heart Cooking Clubs (IHCC), theme for this week "Veggie Variations"

Posted by kitchen flavours at 2:21 PM