Over at I Heart Cooking Clubs (IHCC), this week's theme is "February Featured Chef : Tessa Kiros". I've made one of Tessa's fish recipe which I have been wanting to try for ages. 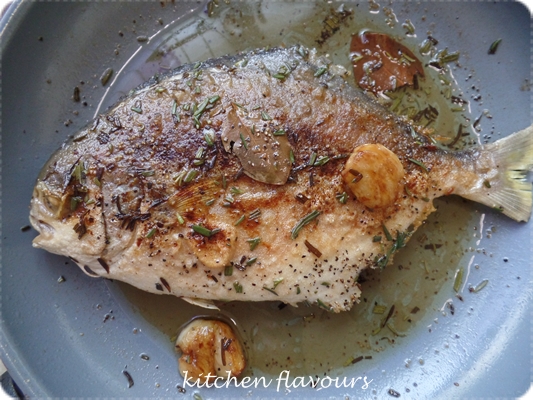 Tessa's Pan-Fried Fish With Vinegar is a delicious dish. I've used golden pomfret, one of our favourite fish, good either steamed or fried. For this dish, the fish is rubbed with some salt and a little flour on both sides, pan-fry in olive oil on both sides till golden, adding the garlic, bay leave and half the chopped rosemary about halfway through. White wine vinegar is added the pan, it will sizzle, letting it boil for a few minutes, spooning some of the sauce over the fish a few times, until the sauce has reduced a little. Add the rest of the rosemary and some black pepper. Serve immediately. 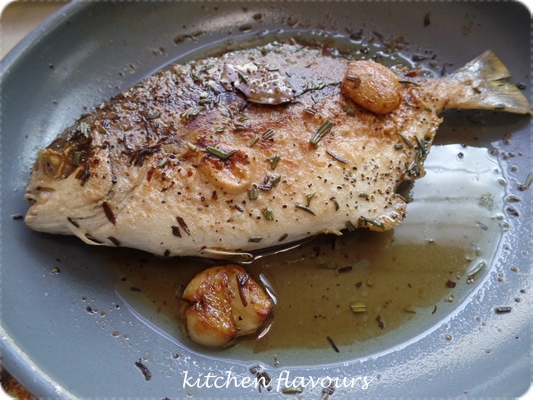 Tessa says to serve the rosemary-garlic oil with bread. But we had it with rice. It was delicious.


Pat the fish dry, salt well, then pat in flour on both sides. Heat the oil in a frying pan large enough to hold both fish. When hot, add the fish and cook for a few minutes over high heat until golden underneath. Turn over and salt.
Add the garlic and bay and throw in almost half the rosemary. Cook again until the fish is golden underneath. Turn over carefully, taking care not to break the fish, and salt the new topside. The heat should still be high, so sit the garlic and bay on top of the fish if necessary. Add the vinegar and let it bubble for 5 minutes or so until thickened a little. Add the rest of the rosemary and some black pepper and spoon the liquid over the fish a few times. There should be lots of sauce for serving and the fish will be cooked through.
Take the whole pan to the table (with a plate for the bones). The rosemary garlic oil is delicious scraped from the bottom of the pan with chips or bread. 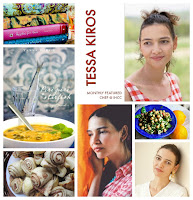 Posted by kitchen flavours at 12:11 PM