This week at Cook The Book Fridays, the selected recipe from My Paris Kitchen cookbook, is Chocolate-Dulce de Leche Tart. A chocolaty dessert with dulce de leche sandwiched between a chocolate crust and dark chocolate filling on top.

Dulce de Leche is one ingredient that I have not seen over here before. So I have made my own by baking condensed milk in a water bath, using David Lebovitz oven method recipe, which I have posted here before, more than two years ago! 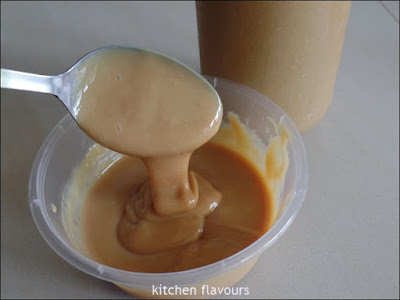 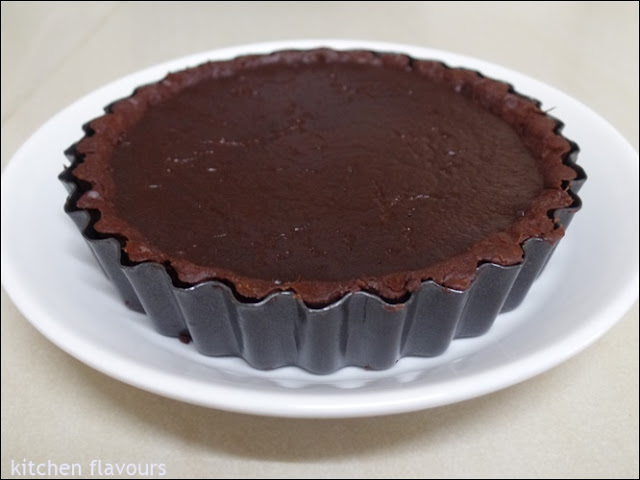 I've been making lots of baking lately and did not want to over indulge in desserts, so I've made only half a recipe, for two mini 4-inches tarts. Which is just nice for the four of us.

Since it was only half a recipe, I've mixed the dough crust by hand, it was easy and takes only minutes. After filling up the base and sides of the mini tart pan with the chocolaty dough, they are blind bake, then spread with a layer of the dulce de leche and top with the chocolate filling. I've used dark chocolate for the filling, which is melted over the stove, then the cooked custard of eggs and milk is poured over the melted chocolate over a sieve, add some vanilla, whisk until smooth. Either vanilla extract or rum can be used here. Well, I've used my homemade vanilla-rum extract. 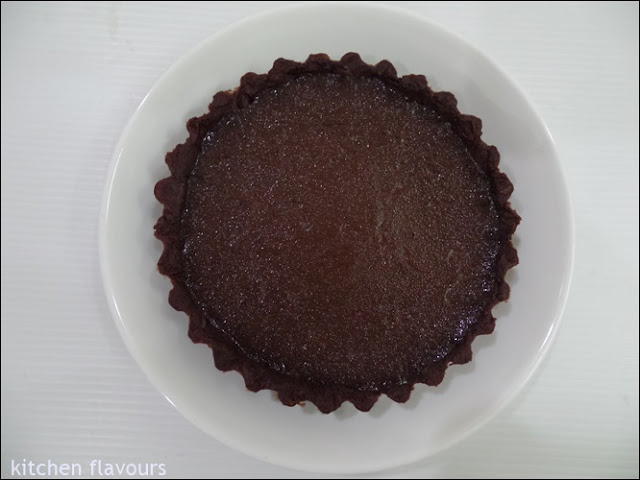 The tart is then baked in the oven for 20 minutes, and with the oven turned off, leave the tart for another 25 minutes, then remove from the oven. The chocolate filling sets up nicely. Once the tart comes to room temperature, I placed them in the refrigerator to chill.

There's some salt which is sprinkled over the chocolate filling before baking, but I skimped on the salt, as I was afraid that it might be too salty, as there's also some salt sprinkled on the base of the bottom crust. After baking, when I ate a slice later, I could not taste the salt (I've used kosher salt), and wish that I have sprinkled more! 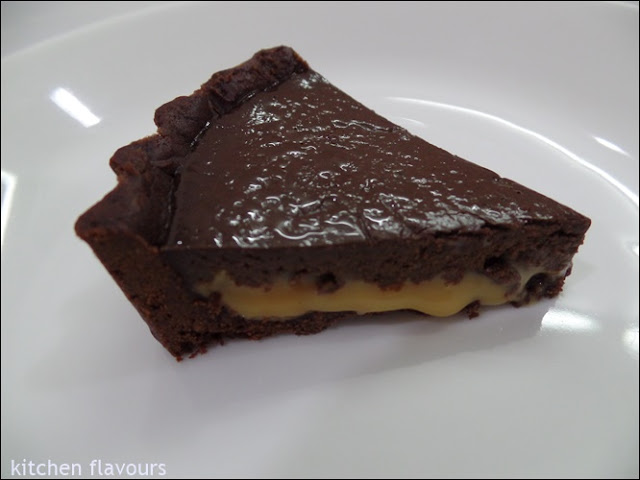 Two mini tarts. That's half a tart per person! How often did you serve a whole half tart for one? Haha! But I've sliced each mini tart into 8 little wedges. Makes very cute elegant dessert for entertaining! The chocolaty crust is lovely and the dark chocolate filling goes perfectly with the sweet dulce de leche. I was expecting a very sweet dessert, but I was pleasantly surprised that the sweetness was just right, a contrast with the bitter chocolate filling. A lovely desssert, but best served in small servings.

We are cooking through David Lebovitz's cookbook, My Paris Kitchen. If you have the book or thought of getting one, please do, and join us! Full details here.

Posted by kitchen flavours at 11:17 AM