I have a new cookbook! Yes, one can never have enough of cookbooks! 660 Curries, that's the title, with outstanding reviews from amazon's customers. This is the first recipe that I tried and it is delicious!


When I first saw this book, I was hesitating to buy it. I do not know who Raghavan Iyer is, never heard of him before, but then again, I do not know of any Indian Food chef, come to think of it, except for Madhur Jaffrey! And worse of all, practically no pictures or photos, only about less than a dozen photos out of the 660 curries! I want pictures, everybody want pictures, the bigger and glossier the better! Right?  Are you with me in this? Anyway, on the front cover, it did indicate that he is an IACP Award-Winning Teacher of The Year. And Madhur Jaffrey did commented at the back of the book that "This Book is Nothing Short of A Treasure Chest", does this mean that this is a fantastic book? But then again, a remark like that from someone respectable in the cooking world should really mean something, right? Browsed through this book and put it down, walked around, browsed it again, walked around, and for my own piece of mind, I bought it! Phew! Wow, buying a book can be very mentally exhausting! Have you experience this before?
As soon as I reached home, I checked this book out from the web, and it is some sort of relief when I saw very good reviews at amazon.  That's a consolation! But I guess, the best is to try it yourself.  Rather pleased with the first recipe I picked.  Next, I will be trying out a chicken recipe. More about this book, on the next recipe that I intend to try! 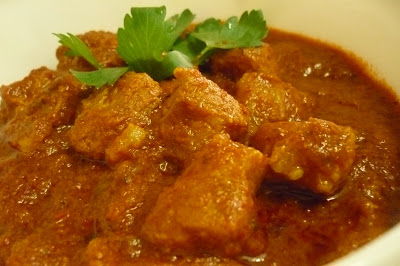 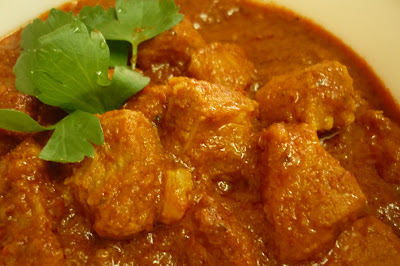