"Mystery Box Madness : July 2015", the theme for this week at I Heart Cooking Clubs (IHCC). Ten mystery box ingredients are given and we are to choose at least three from which to cook from any of IHCC's past or present featured chefs' recipe. The ten ingredients are Chicken, Seaweed, Sesame Seeds, Parsley, Mozzarella Cheese, Pasta, Mango, Brown Sugar, Zucchini and Mint. 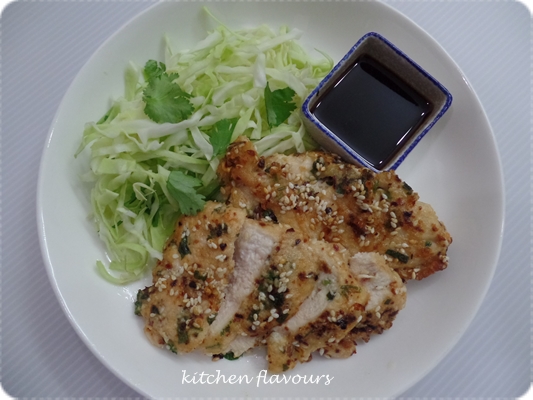 An easy and simple dish to cook, takes only about half an hour from start to finish! Chicken breast fillet is quartered and mix with egg white, rice flour, chilli, chopped coriander, shredded kaffir lime leaves from my garden pot and sesame seeds. I did not have any red chillies (forgotten to buy!), so I have replaced with some coarse chilli flakes instead. I've added some salt to taste, though it was not indicated in the recipe. Heat up some oil, and pan-fry the chicken fillet on both sides for a few minutes until cooked. Served with some watercress sprigs, which I do not have, so I have shredded some green cabbage and it was great with the chicken.

The dipping sauce is made by mixing soy sauce, lemon juice and brown sugar in a small bowl until the sugar dissolves. I have used calamansi lime from my garden pot instead of lemon.

Note : I used only 1 large chicken breast fillet (instead of 3 as per the recipe) but following the full amount of the other ingredients listed in the recipe below. 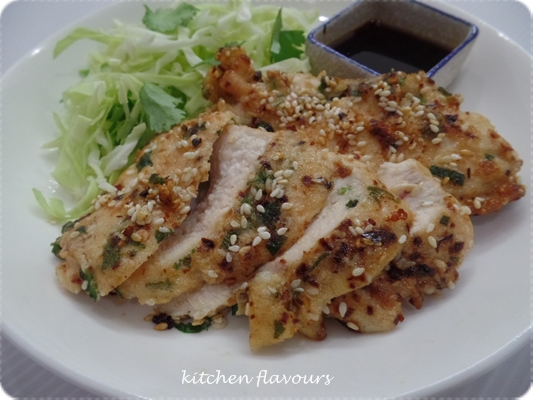 A simple, and very, very tasty chicken dish! Both the kaffir lime leaves and the fresh coriander bring such a lovely fragrance and taste. The sesame seeds gives a nice nutty aroma. The next time though, I would bash the chicken fillet lightly to a slightly thinner piece. Eating it together with the shredded cabbage and the dipping sauce is delicious. We had this chicken dish as part of our dinner meal, eaten with white rice and other dishes. There's no leftovers!

Combine the chicken, eggwhite, rice flour, chilli, coriander, lime leaves and sesame seeds in a bowl. Heat a frying pan over medium heat. Add the oil and cook the chicken for 3 minutes on each side or until golden and cooked through. Drain on absorbent paper.

To make the dipping sauce, place the soy, lemon juice and sugar in a bowl and mix to combine. Serve the chicken on some watercress with dipping sauce on the side. Serves 4. 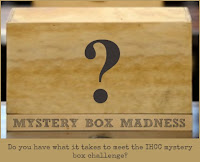 Posted by kitchen flavours at 11:25 PM