"August 2015 IHCC Potluck", the theme for this week at I Heart Cooking Clubs ((IHCC). For Potluck week, we have the option to cook with any of IHCC featured chefs (past and present) recipes. And for this month's potluck, I've made Nigella Lawson's, Slow-Roasted Garlic and Lemon Chicken. 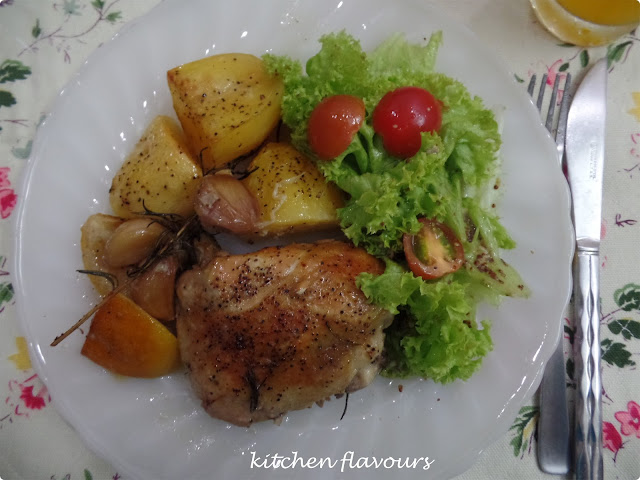 I have used an extra head of garlic, well, we love garlic, especially when roasted till they are soft, mushy and creamy, and always, the garlic cloves would be gone by the end of the meal! And I've added some salt to taste, mixing it in with the chicken and the rest of the ingredients. Nigella did not mention any use of salt, both in the recipe and the instructions, but from the photo in the book, it looks like some coarse salt is sprinkled over the cooked chicken. I do not fancy biting into coarse salt at the table, so I have added some sea salt to the chicken pieces before roasting. Thyme is used in the recipe, but I've used fresh rosemary from my garden pot instead. More than half a cup of white wine is used, and the chicken pieces are sitting in the white wine during the long slow-roasting under the foil. The chicken pieces gets cooked in the steam under the foil, and gets really moist and tender. At the end of two hours, the foil is removed, oven temperature is increased, and continue to roast until the chicken is golden brown. 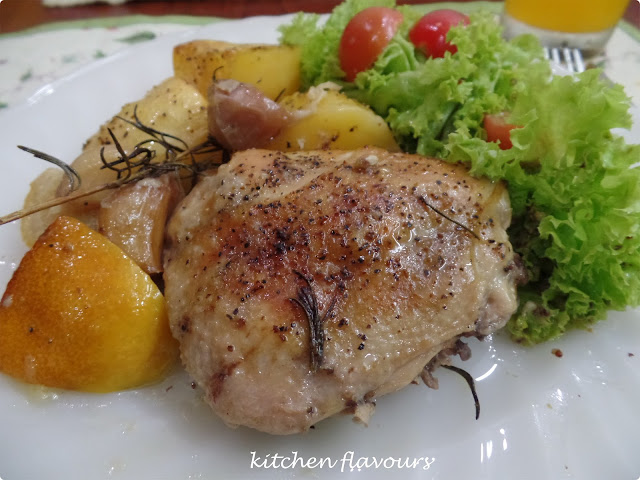 The chicken is very soft and moist. Very lemony dish! I was thinking that it might be less lemony with one lemon instead of two. While this chicken dish is tasty enough, I thought that it wasn't as good as Nigella's Zaa'tar Chicken with Fattoush which I made a while back. But that being said, this makes a nice dinner.

Preheat the oven to 300F.
Put the chicken pieces into a roasting pan and add the garlic cloves, lemon chunks and the thyme; just roughly pull the leaves off the stalks, leaving some intact for strewing over later, (and some salt to taste). Add the oil and using your hand mix everything together, then spread the mixture out, making sure all the chicken pieces are skin-side up. (Place the potato chunks at the sides of the roasting pan).
Sprinkle over the white wine and grind on some pepper, then cover tightly with foil and put in the oven to cook, at flavour-intensifyingly low heat, for 2 hours.
Remove the foil from the roasting pan, and turn up the oven to 400F. Cook the uncovered chicken for another 30-45 minutes, by which time the skin on the meat will have turned golden brown and the lemons will have begun to scorch and caramelize at the edges.
I like to serve this as it is, straight from the roasting pan ; so just strew with your remaining thyme and dole out. 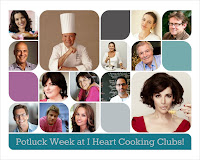 Posted by kitchen flavours at 12:18 AM