This week at I Heart Cooking Clubs (IHCC), the theme is "Something To Eat On The Sofa!". I've made one of Curtis Stones's (the current featured chef at IHCC),  popcorn recipe, Sweet & Salty Popcorn, which I got from the website coles.com before the recipes became unavailable. 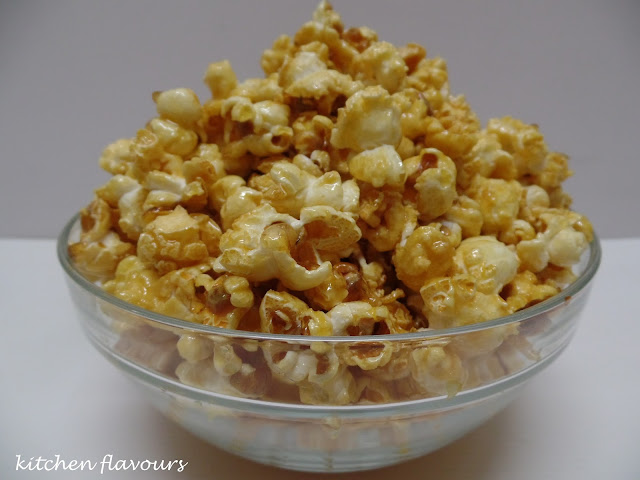 These popcorn are made using maple syrup, of which I did not have any, so I've used Lyle's Golden Syrup, Maple Flavoured. I love Lyle's Golden Syrup which I always have in my pantry, and think that it is a wonderful substitute for Maple Syrup. 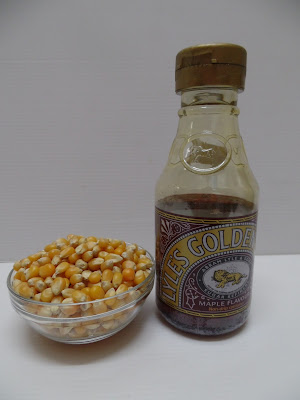 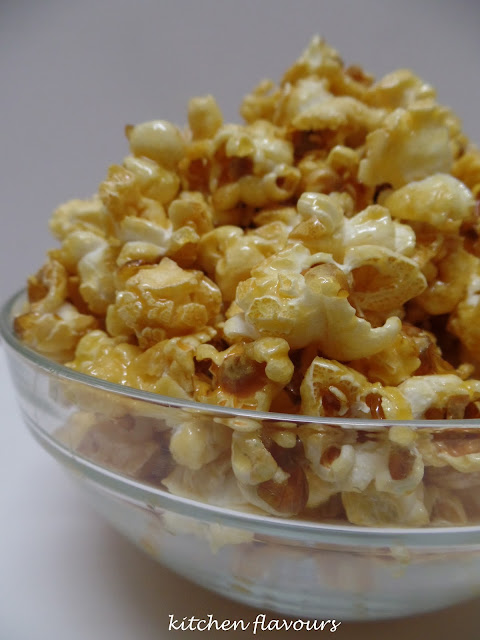 These popcorn are addictive! But they are not as crunchy like the ones we buy from the snack corner at the movies. My kids and hubby never fail to get their tubs of popcorn whenever we go for a movie. Not me though, I would pinch from their tubs if I want, but most times I prefer not to snack when at the cinema. At home is entirely different though!  :)

According to the tip by Curtis Stone, these popcorn would not set hard and crunchy because maple syrup is used. For a crunchier popcorn, replace half the maple syrup with sugar. I've made these using all golden syrup and even though they are not as crunchy, these are really yummy to eat. With the butter and the golden syrup, it has a delicious buttery butterscotch flavour. A big bowl of these yummy popcorn is just what you need when lazying on your sofa watching your favourite TV show. According to my son, these popcorn are even better than the ones they always buy from the snack corner at the cinema! I still have about 2 cups of popping corn kernels, so I'll be making more popcorns real soon. I think I'll try Curtis Stone's suggestion to replace half the maple syrup with sugar for a crunchier bite, just to see the difference.

Tip : This popcorn won't set hard and crunchy as maple syrup is used instead of sugar. If you want crunchy popcorn, replace half  the maple syrup with caster sugar. Store popcorn in an airtight container for up to 2 days.

I'm linking this post with I Heart Cooking Clubs (IHCC), theme for this week,
Something To Eat On The Sofa! 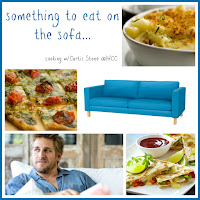 Posted by kitchen flavours at 2:20 PM