It's time to say Goodbye Curtis! at I Heart Cooking Clubs (IHCC). We have cooked with Curtis for six months and it's time to change to another new selected chef. But we will definitely be visiting Curtis again in our Potluck Weeks. Our new selected chef for the next six months is Heidi Swanson, with vegetarian recipes. Please do join us, full details at IHCC, here.

To say Goodbye Curtis! I've made one of his many pasta recipes, Spicy Chicken Pasta. He made it with turkey and the dish is originally called Spicy Turkey Pasta. But minced turkey is not easily available here, so I have used chicken instead. 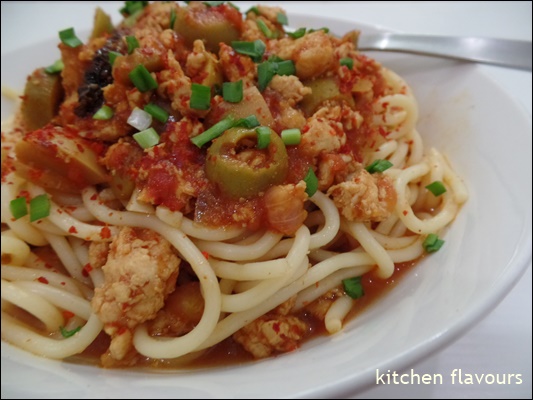 A simple and easy dish to cook. I have added about 1/4 cup of tomato puree which I wanted to use up. And have used more chilli flakes than the recipe calls for.

Heat olive oil in a large saucepan over medium to high heat. Brown turkey mince, breaking up any large chunks. Add onion and garlic and cook for 4 minutes, or until lightly browned.
Add semi-dried tomatoes, water, olives, dried chilli flakes and tomatoes. Season to taste. Simmer for 10 minutes, or until sauce has thickened.
Meanwhile, cook pasta according to packet directions.
To serve, toss pasta with sauce and divide evenly among 4 bowls. 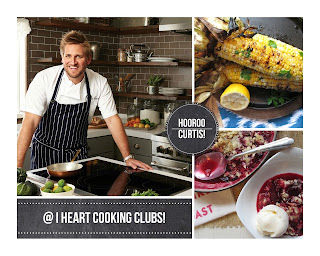 Posted by kitchen flavours at 11:00 AM