Made another lovely bread from Bernard Clayton's New Complete Book of Breads. I have not baked any bread in December, as it was a busy month for me. But that did not stop me from thinking about baking a bread, any bread! So when the new school terms started in early January, and I was alone in the house in the mornings with the kids at school, my yearning for some homemade yeasted bread took over! I took out one of my favourite bread book, and decided on Rosemary-Garlic Bread, from the chapter on "Herb And Spice Bread". 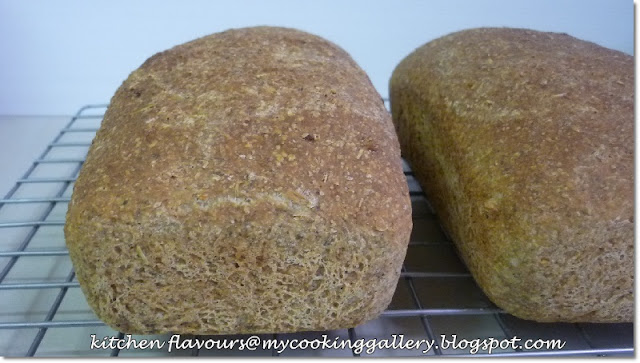 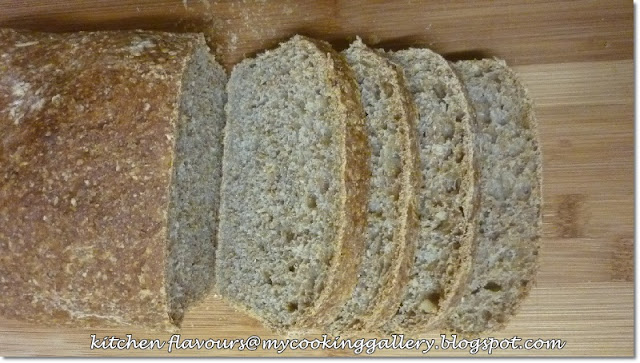 This  bread is dense but soft, moist and very tasty from the garlic and herbs. I did reduced the salt slightly and I still find it a tiny tad salty, it may be OK for some, but I would prefer to reduce by another 1/4 teaspoon or so. The black pepper taste is a little strong, even though I've reduced the amount slightly, but I like it. For a milder taste, use half the amount called for. 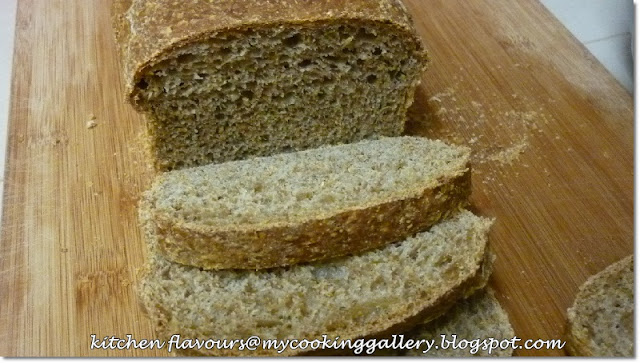 Savory bread like this is great with soups. We had this with some canned mushroom soup.  Very nice too, just spread with some butter, or just eat it on its own. This is a nice bread but between this bread and another herb bread that I've made a couple of months ago, Briarpatch Herb Bread, I prefer the later. Briarpatch Herb Bread has a softer texture and  makes such a perfect sandwich bread. You might want to give that a try!