A week ago, I wanted to make some french fries and the recipe calls for the cut potatoes to be boiled for a few minutes. By the time I checked on the potatoes, they have turned very, very soft! There goes my french fries! So I kept the soft mushy potatoes in the fridge and later on that night, sourced for some recipes for my mushy potatoes. Found this Homemade Tots from "The Book of Burger" by Rachael Ray, which I knew that my kids would love. So I made these for their after school snack. 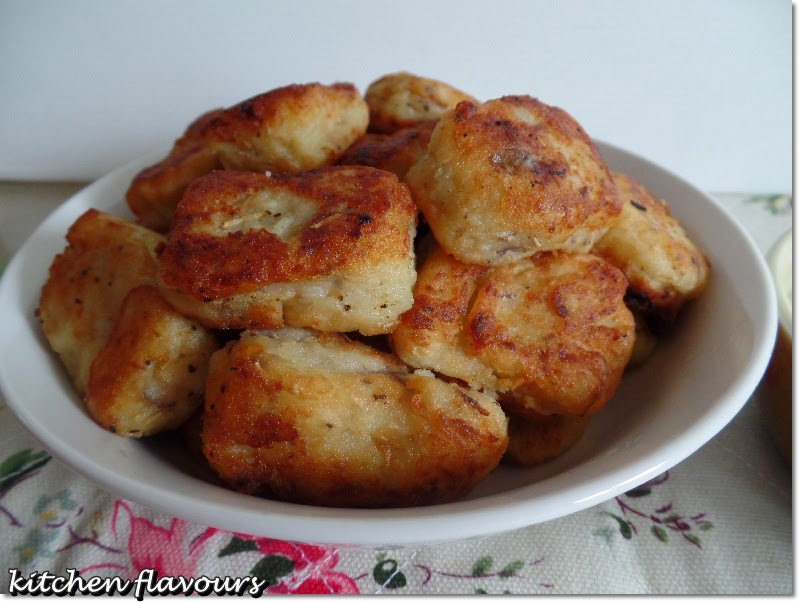 The potatoes are mashed and mixed with grated onion, flour, egg and chopped rosemary, season with some salt and pepper. This mixture is rolled on floured surface into 1-inch thick logs and cut into tots. Fry them in hot oil until golden and crisp, drain on kitchen paper towel and serve warm.

My notes : The mixture is very sticky. Some extra flour can be added into the mixture, but I did not add any. I place a big scoop of mixture onto a generously floured work surface, and flour my hands well. Shape it into a log and cut into tots (you may need to lightly flour your cutting knife), then I dropped the tots into a bowl filled with some flour, coat the tots all around with flour, you may need to adjust their shape as they are very soft. Drop them gently into the hot oil, fry until golden brown on all sides, transfer to kitchen paper towel to drain off excess oil.
p/s : to check on the seasoning before frying the whole batch, shape a tablespoon of the mixture and fry until golden brown. Taste and adjust the seasoning if necessary. 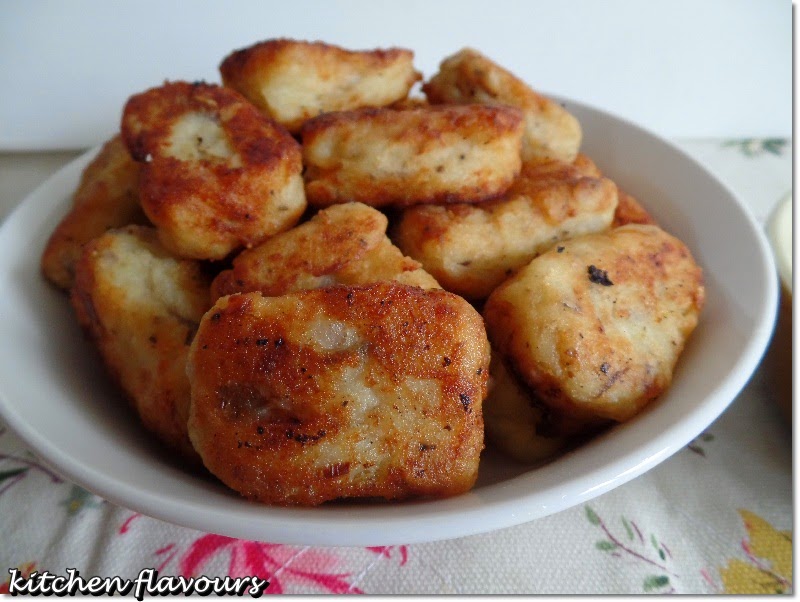 These are yummy and fun to eat, especially when served with .... 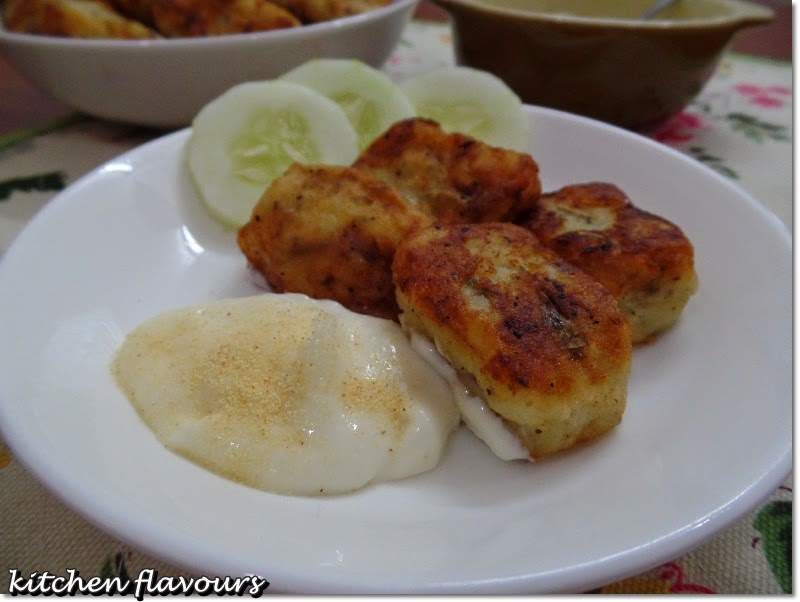 
Cook the potatoes in a large pot of well-salted boiling water until tender. Drain the potatoes well and pass them through a rice into a large bowl. Add the grated onion (grate it right over the bowl), flour, egg, and rosemary; season with salt and pepper and mix well.
On a floured surface, roll the potato mix into 1-inch-thick logs and cut into tots.
Fill a countertop fryer with oil or pour a few inches of oil into a large Dutch oven. Heat the oil to 350F. (The oil is ready when a 1-inch cube of white bread cooks to golden brown in 40 seconds.) Fry the tots in small batches until golden and crisp, about 4 minutes. Remove and drain on paper towels. Season the cooked tots with a little extra salt.


I'm linking this post to  Little Thumbs Up - July 2014 Event: Potato - organised by Zoe of Bake for Happy Kids and Doreen of My Little Favourite DIY and hosted by Jasline of Foodie Baker . Posted by kitchen flavours at 10:50 AM