This week at Tuesdays With Dorie (TWD), the selected bake is Limoncello Cupcakes. Of course, one of the ingredient is Limoncello, a lemon liquor. Limoncello has been on my list of to do for quite a while (have seen some recipes using it), and it still is on my list (.... too many "to-dos" on the list!). I have not seen Limoncello in the liquor stores around my area. I have however seen vodka with lemon, but it really is not the same, as Limoncello is sweetened by a simple sugar syrup. So I have substitute the Limoncello in this cupcake recipe with lemon juice instead. It definitely is not the same, but it works out fine. 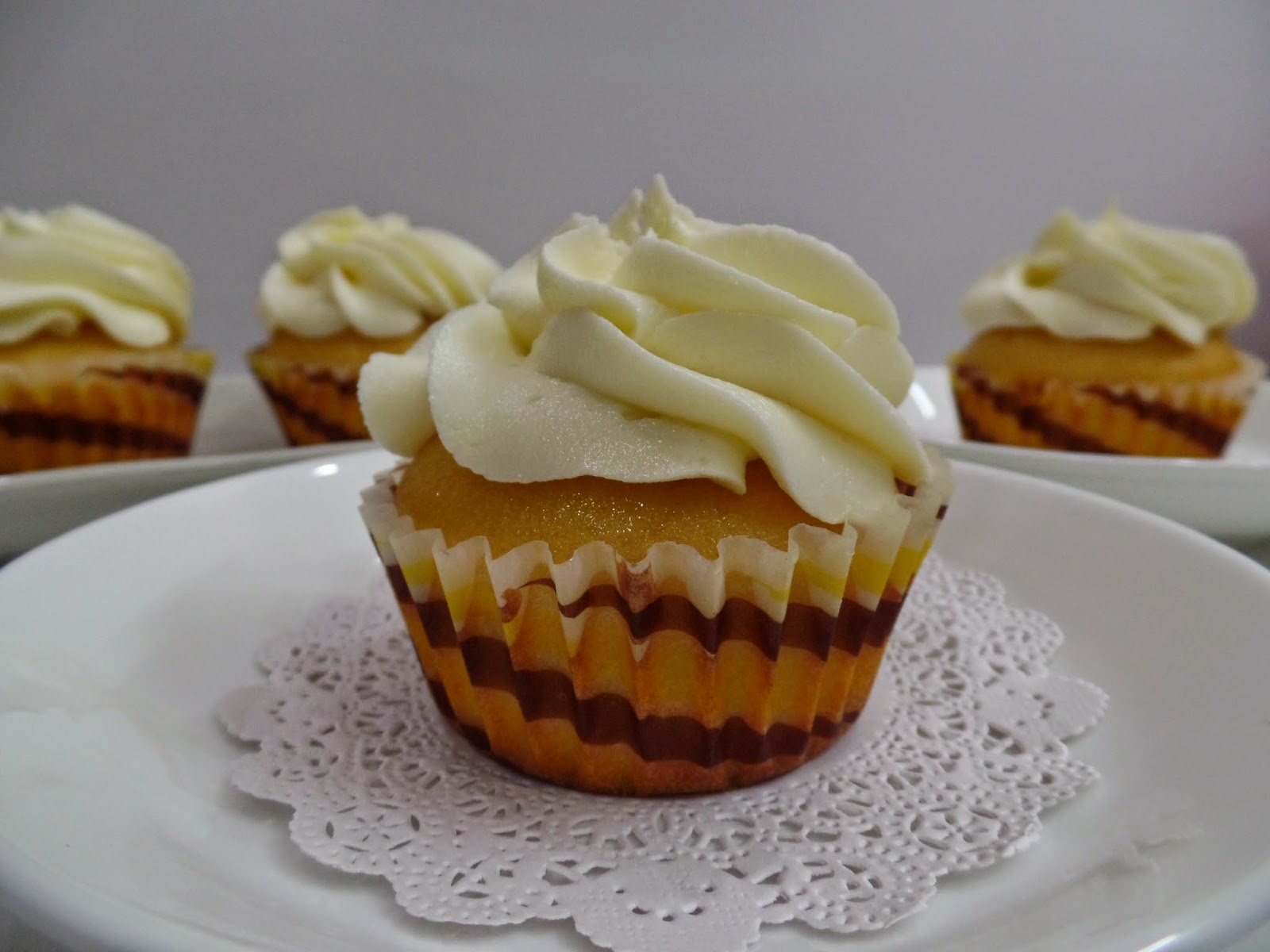 The cupcake batter is pretty easy and quick to put together. The dry ingredients are mixed in a small bowl, the wet ingredients are mixed in a larger bowl by following the instructions which goes in first, then the dry ingredients are combined into the wet ingredients. The batter is then divided in muffin cups. According to Dorie, we can add marmalade to the centre of the cupcakes, put a large spoonful of batter into each cupcake mould, drop a teaspoon of the marmalade into the center of the batter and cover with the remaining batter. Or we can skip the filling altogether. I have decided to omit the filling. Bake the cupcakes for 20-25 minutes (mine was done at 23 minutes), until golden and a skewer inserted in the centre of a cupcake comes out clean.

The frosting is made by beating the confectioners' sugar and butter until the mixture comes together and lemon juice and limoncello are then added in, continue beating until smooth and fluffy. I have replaced the limoncello with milk. And the frosting is yummy! So lemony, not too sweet and it holds its shape really well. 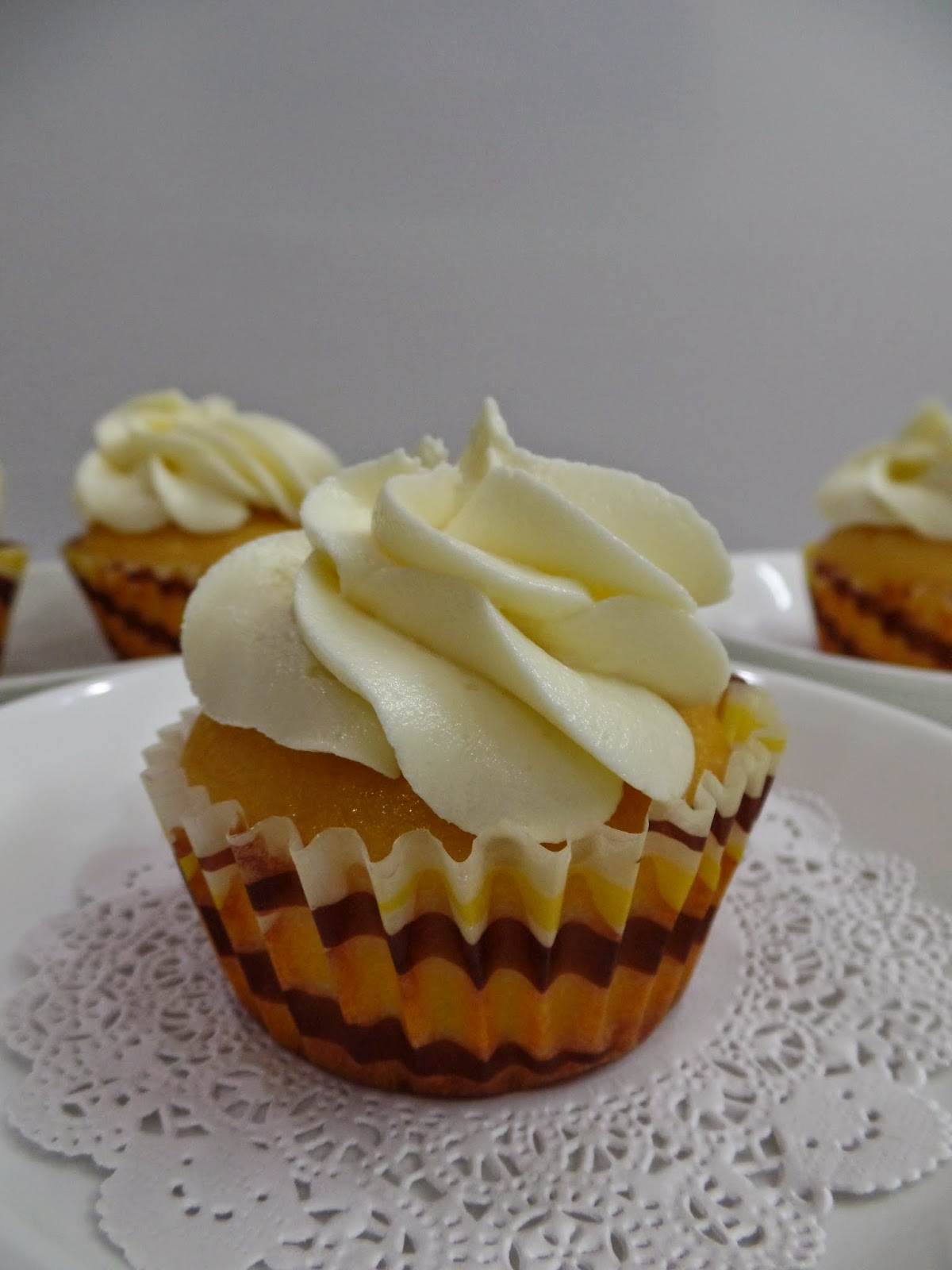 I made the full recipe and got 10 cupcakes instead of 12, maybe because I did not use any filling in the centre and made them as plain cupcakes. These cupcakes are really nice, moist, lemony, not too sweet and the frosting is just perfect for these cupcakes! I am not one who would usually frost my cupcakes, but I'm so glad I did for this!

To view the other bakers take on this cupcake, do stop by Tuesdays With Dorie (TWD), better still, get a copy of Baking Chez Moi, and join us!

and I'm sharing this post with :
Cook-Your-Books #22 @ kitchen flavours

Posted by kitchen flavours at 10:10 PM