Don't be mistaken, this Chile Jam, is not meant to be spread over your bread or toast for breakfast like the regular jam! But then if you would like to do that, no one would stop you! I did try actually, haha! It is quite nice, considering that this is not spicy at all. According to Nigella, this Chile Jam is usually eaten with cold meats or a cheese plate. 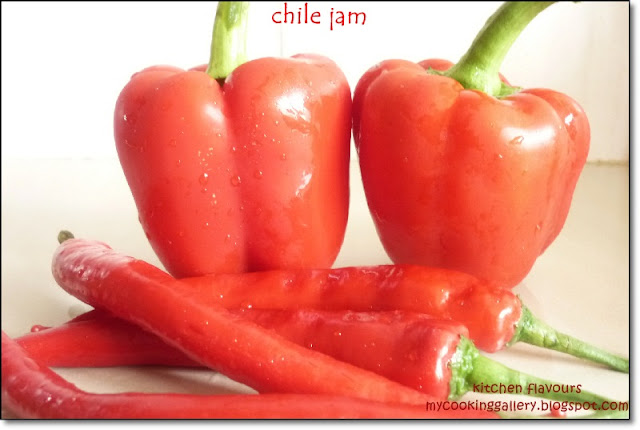 An equal proportion of Red Chile and Red Bell Pepper is used for a mild spiciness. For a spicier kick, Hot Red Chile may be increased, and use less of the Red Bell Pepper. I used equal amount of both, I would love to have a spicier taste, but then, I have kids in the house, and too spicy is a no-no! 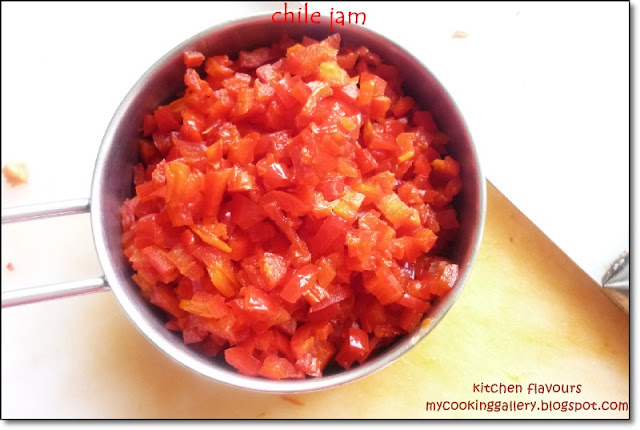 Half a cup of chopped Red Chiles, about 4 large. I only made half the recipe from the original recipe below. Since I do not own a food processor, I chopped the chiles instead. 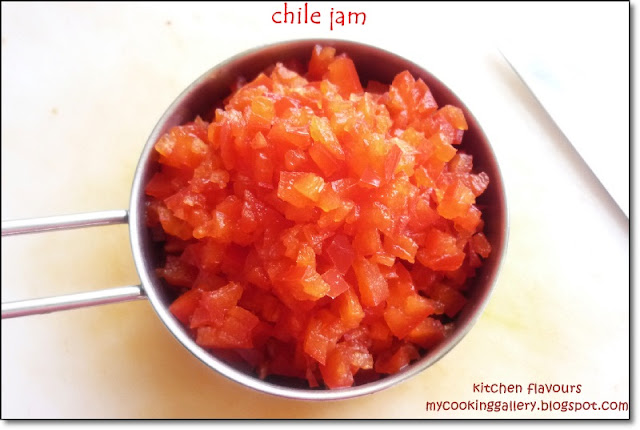 Half a cup of chopped Red Bell Pepper, about 1 medium. 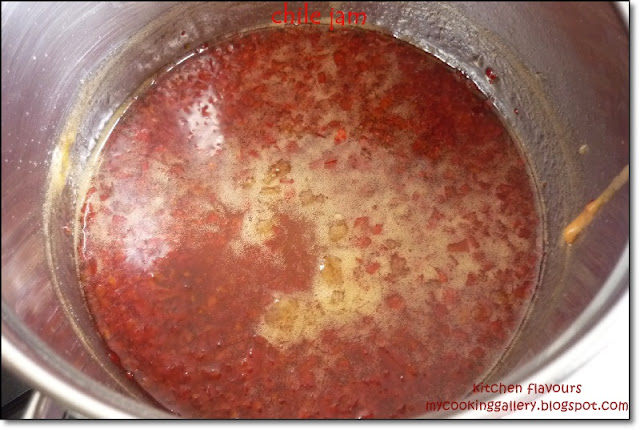 Apple cider vinegar, sugar and powdered pectin are boiled until sugar and pectin dissolves. Chopped chiles are then added in, leave to boil for about 15 minutes. Leave to cool slightly, about 40 minutes until the chiles are suspended in the jelly. Ladle into the sterilized jars. 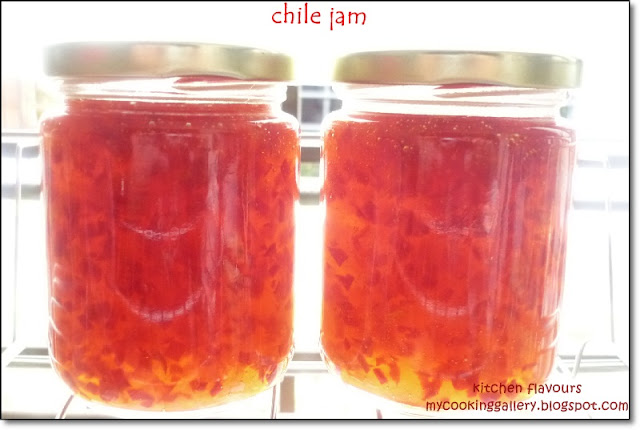 The vibrant red colour of the Chile Jam. I could not get a nice shot of the jars without any reflections on the jars. I tried putting them on the counter, near the window, in various places, in the end, I gave up. 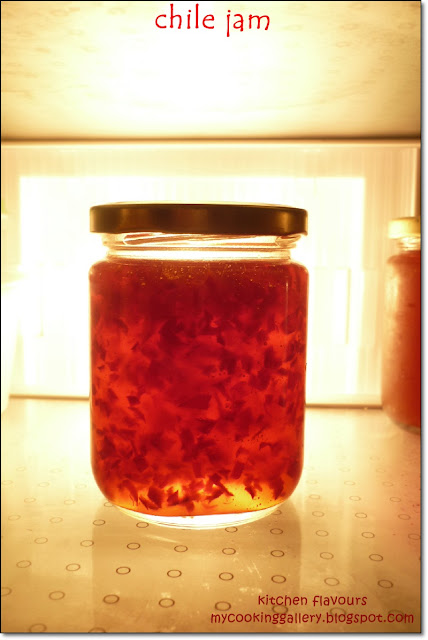 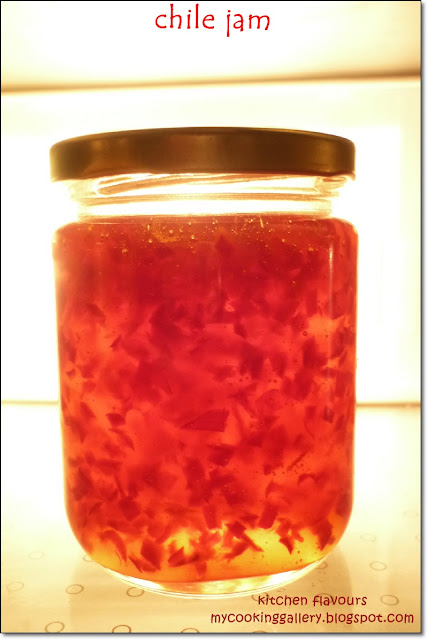 The vibrant red, beautiful Chile Jam! There are lots of way to use this Chile Jam, as a marinade, as a sauce dip, etc...   I'm really looking forward to use this soon. I have been eyeing this recipe ever since I saw it from my sister's Nigella Christmas cookbook more than a year ago! Now I have a copy of this book, got it real cheap at a recent sale. Don't you just love sales, especially when there's cheap and beautiful cookbooks around? Hehehe!

I'm submitting this to the Christmas Giveaway in The Sweet Spot, any dish or bake, sweet or savory, with green and/or red in it. Please hop over to The Sweet Spot for more details.


Make Ahead Tip :
Make the jam up to 1 month before using or giving. Store in a cool, dark place for up to 1 year. Once opened, store in the refrigerator and use within 1 month.

kitchen flavours notes :
*  For a slightly softer set, use less 1 tablespoon of the pectin. I guess the quality of the pectin varies. The one I used has no brand, other than the indication that it is from France. But it does not effect the taste of the Jam, really good.
* For half the recipe, I only got about 2-1/4 jars of 250ml-sized jars.

Posted by kitchen flavours at 4:08 PM