Kuih Sago is a common kueh that can be found throughout Malaysia. It is made of pearl sago and sugar, boiled till translucent and cooked, cooled in a tray, then cut to desired pieces and rolled in salted fresh grated coconut, preferably served chilled. For flavour and colour, a little rose essence is added in and some red food colouring is added during the cooking process. I have not eaten this in years, and really am unaware that this kuih is called "Bronok" and is a traditional sweet kuih of Terengganu. I have always known it as "Kuih Sagu" and never did thought much about it, except that it is a popular Malay kuih. Since I have a packet of sago pearls in my pantry which have been sitting there for months which was meant for some other dessert, and never got round to make my intended dessert, "Bronok" is a perfect way of using it up, besides, I do not think that my kids have ever eaten this sago kuih. So this is just perfect to introduce to them a little more about our local kuih and dessert. 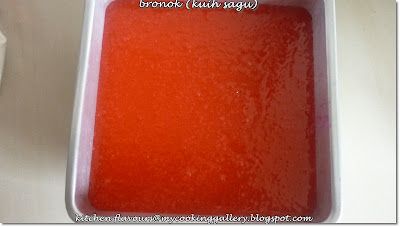 You got to be patient while cooking this. It takes about 40-45 minutes for the all  the sago pearls to turn translucent. I used up another cup of hot water, I kept on adding hot water to it, a couple of spoons at a time, as it is getting very thick, with lots of white sago still visible. The final texture of this kuih when the cooking is done is, it should be thick, almost a gummy paste, but still able to drop from a spoon without being too thick. I like it slightly soft, if you want a thicker set, let it cook a little longer until very thick, stirring constantly to prevent burning. Scoop the sago mixture to a tray (I use a 8" cake pan),  level it and leave it to set. The recipe does not call for rose essence, but I added that in, as I have always eaten this kuih with the fragrance of rose essence. 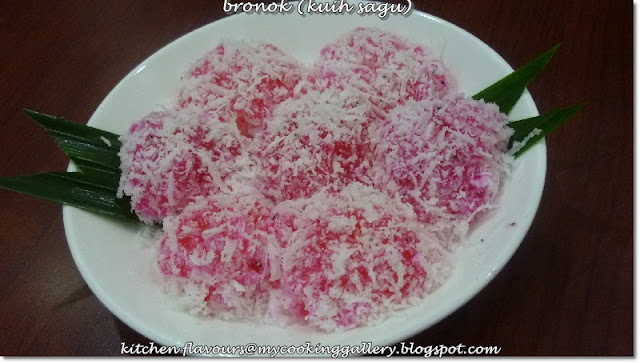 I've read that another method of making bronok is by soaking the sago pearls for about 2 hours, then mix with all the other ingredients, followed by steaming until the white sago are translucent and cooked. The sago pearls can be cooked by steaming instead of constantly stirring over low heat for 45 minutes! Well, I only knew this after I have cooked it! 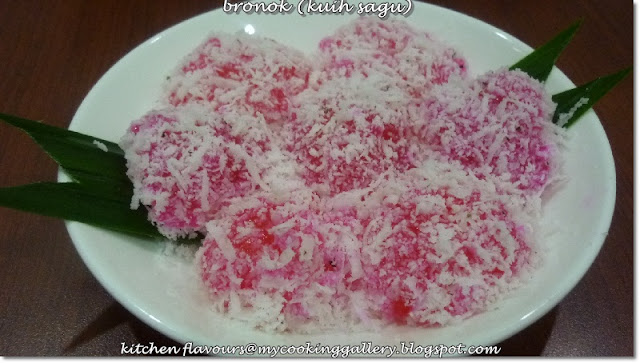 Once the sago has set, it is cut to desired size and roll each piece in salted grated fresh coconut. Place the rolled sago pieces in a container, keep covered and chill in the refrigerator, until serving time. This is a nice sweet dessert to have, preferably eaten chilled.

Mine is a little on the soft set, so I just use a teaspoon to scoop into pieces and drop it in the grated coconut. 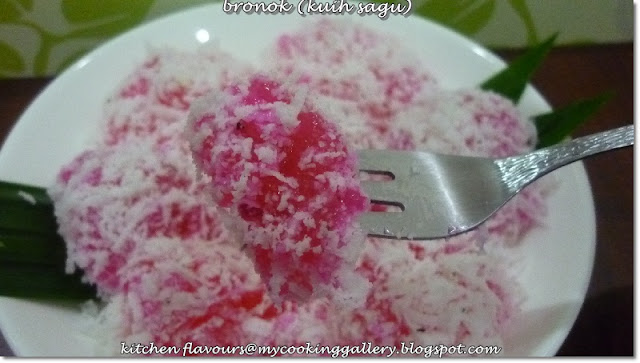 The family loves it!  It is a nice cooling dessert to have after a meal, where everyone just laze around and enjoy! 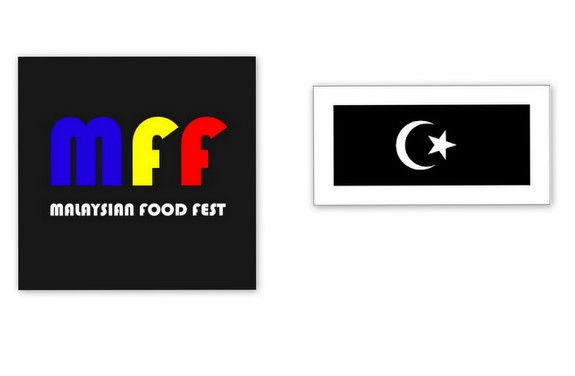 I'm sharing this too with :
Recipe Box hosted by Bizzy Bakes
Full Plate Thursday hosted by Miz Helen's Country Cottage
See Ya In The Gumbo hosted by Ms. enPlace