Apple, Ham and Cheddar Melt : Cook Like A Star

Made this quick and simple brunch. This was supposed to be our breakfast!  But being the school holidays at this time of the year, (for my western friends, we are having the annual year end school holiday from second week of November right up to early January when the new term starts)  my nieces came to stay for a few days, all of them slept in, and woke up very late, so breakfast became brunch. At least I do not have to think about preparing lunch! Phew, what a relief!  Lazy mommy! Sometimes I'm at wits end thinking about the next meal! 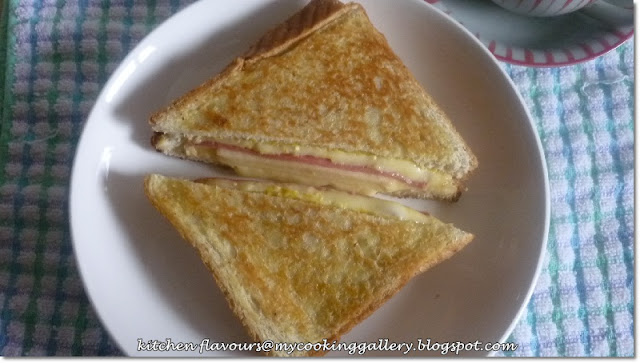 This is a simple and satisfying sandwich. 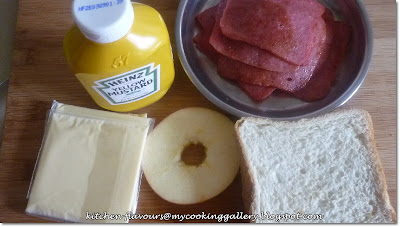 That's all the ingredients needed : yellow mustard, slices of ham, cheese slices, apple rings and wholemeal bread. And some butter. The bread looks like white bread, but these are actually store-bought wholemeal bread. 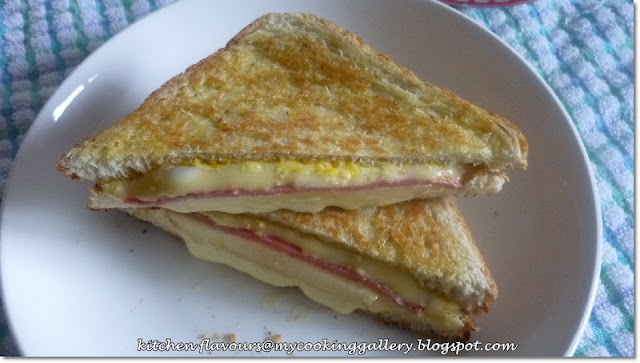 This is very easy to make and so good to eat. We love the thick slice of apple in the centre. One piece of bread is spread with some yellow mustard, layered with a slice of cheese, a slice of ham, a slice of apple ring and another slice of cheese, top with the second piece of bread. Both the top of the bread and the bottom are spread with a little butter and toast on a hot saucepan or skillet until light brown, turn over and brown the other side. The bread are then placed on a baking tray and pop into the preheated oven for a couple of minutes until the cheese melts. 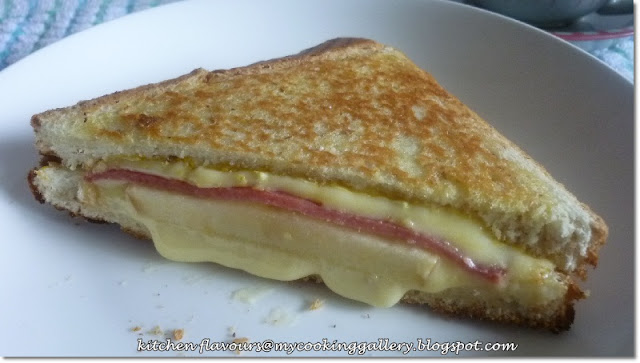 Cut into triangles and serve while the bread is crispy and warm. The sweet-sour apple, and the salty ham and cheese makes a very delicious combo with the crispy toasted bread. I would never have thought of using apples as an ingredient in toasted bread sandwiches! 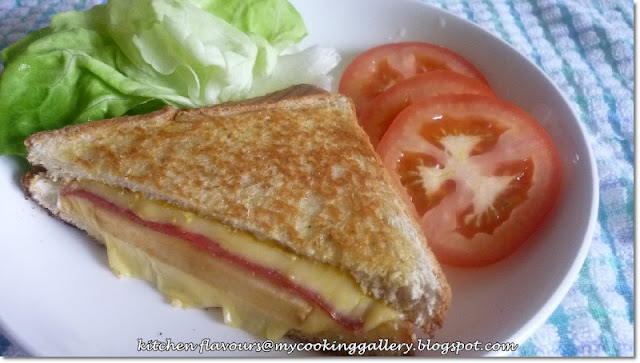 Review from the four kids : Thumbs up! They really enjoyed it! I did too, with a cup of warm tea. 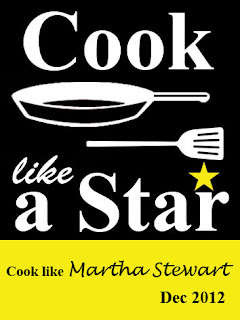 I'm linking this post to Cook Like A Star, where the featured chef for this month is Martha Stewart, an event organized by Zoe of Bake from Happy Kids and co-hosted together with Baby Sumo from Eat Your Heart Out and Riceball from Riceball Eats.

Posted by kitchen flavours at 9:10 PM