I made the second recipe from the book "Bread Revolution". The first bread that I've tried was the Potato and Rosemary Bread, which was very good, and so is this cheese loaf.

The authors used local cheese from Cheddar, in south-west England, with their bakery just a few miles down the road. I am so envious that local made cheese are so easily available over there! The cheeses in Malaysia, are imported, and besides being expensive, (some are excessively expensive!), many types of cheeses cannot be found over here.

Cheddar Cheese is one of the common cheese that can be easily obtained from any supermarkets over here, and even though they are not entirely cheap, at least they are affordable.

This Cheese Loaf uses strong, hard cheese like Cheddar, or any other local hard cheese if available. According to the book, "You want a cheese that will melt and ooze right into this loaf, rather than stay in little cheesy pockets, and one with a strong enough flavour. The taste of mild cheeses such as Brie will just get lost." 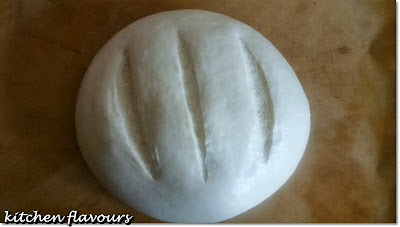 Firstly, the yeast is dissolved in some water and mix with the rest of the ingredients and the mixture is kneaded by hand until smooth, and placed, covered, in an oiled bowl until doubled in size.

After the first rising, punch down the dough, shape into a ball, place on baking tray, cover with a damp cloth and leave to rise until doubled in size. I have made three scores on the risen dough just before baking, as seen from the photo in the book even though it is not stated in the recipe.

I have made half a recipe which yield one small loaf. 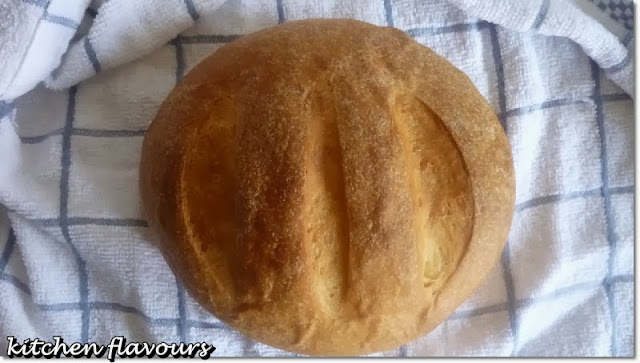 The bread bakes up a lovely crusty brown. And I'm so happy to see the scores on the bread did not disappear! 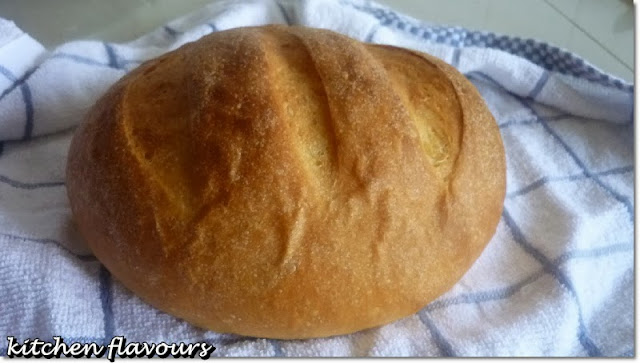 Smells so wonderful with cheese while the bread is baking. Makes me so impatient to eat it! 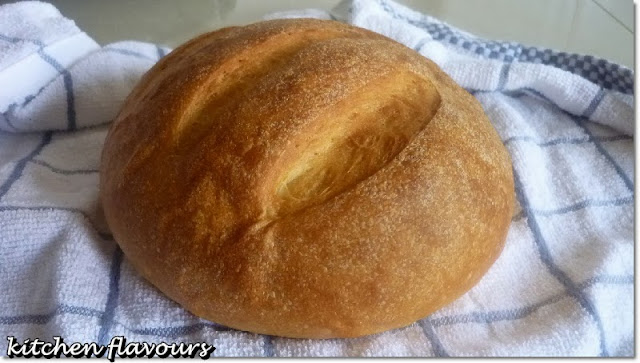 Could not wait for it to cool down! I was surprised to find that the crust is not hard and crispy, but rather soft and nice. 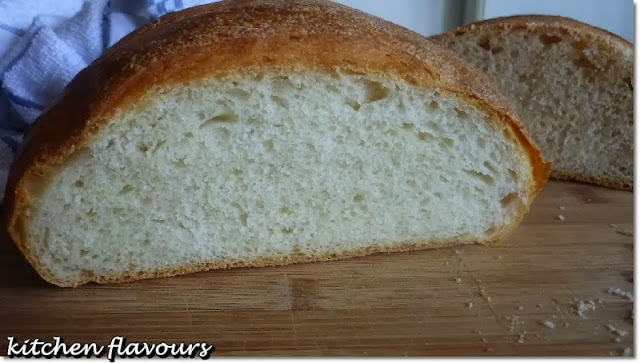 This Cheese Loaf has a beautiful moist and soft texture. 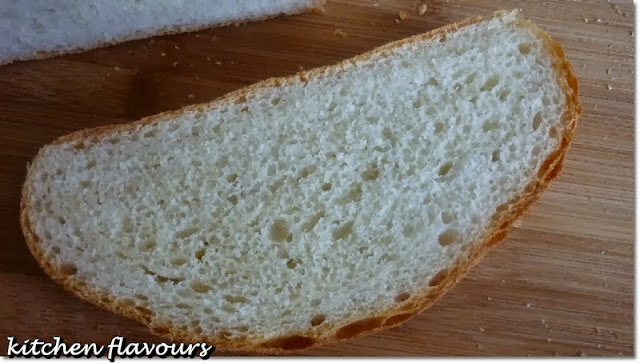 I can certainly taste the cheese in the bread. 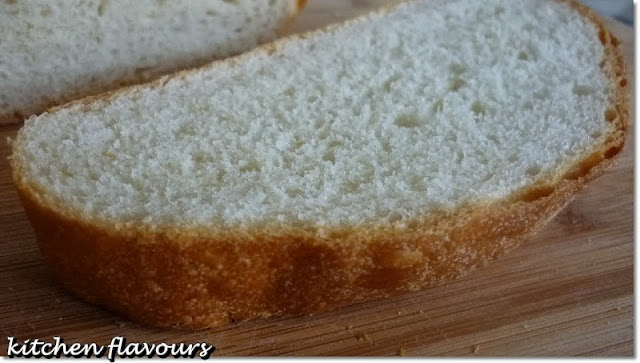 And the good thing is, the crumb remains as soft on the next day. I enjoyed slices of it with salted butter and a cup of hot black coffee. Another keeper from this book!

kitchen flavours notes :
~ made half a recipe, use a scant half teaspoon of salt as the cheese is already salty
~ use 150ml of water, plus 1 tablespoon.


I'm linking this post with :
Cook-Your-Books #5 hosted by Kitchen Flavours

And I'm sharing this post with :
Bake Your Own Bread @ Sweet and That's It
See Ya In The Gumbo @ Ms. enPlace
My Meatless Mondays @ My Sweet and Savory
Food on Friday : Bread @ Carole's Chatter