"Pantry Magic" is the theme for our second week of cooking with Donna Hay, at I Heart Cooking Clubs (IHCC). This week is all about our ingredients from our pantry.

I was browsing through Donna Hay's website for recipes when it was confirmed that she would be our next featured chef. And there are many recipes from her website which I have selected, and would like to try, the only thing is to match the recipes with IHCC's weekly theme. So when the theme "Pantry Magic" was announced, I knew just what I would make for this theme! I have been eyeing this Muesli Slice, and wanted to use up the dried apricots which I bought for the purpose of jam-making, but never did! And that was almost a year ago! Yikes!!! 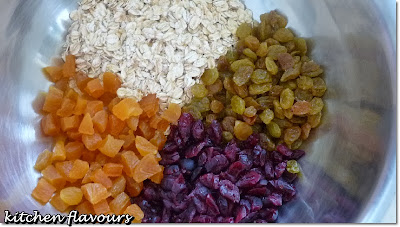 
These Muesli Slice is so easy  and really quick to make. The butter and golden syrup is heated over a low heat until the butter melts. Meanwhile combine the oats, dried fruits, self-raising flour, brown sugar in a large mixing bowl, and mix till evenly distributed. Add the melted butter and golden syrup mixture into the dry ingredients and stir to mix evenly. 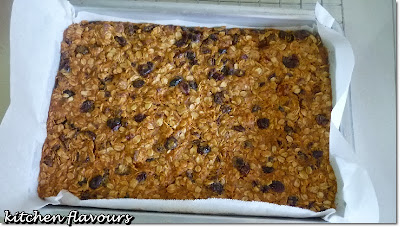 Press the mixture into a 20x30cm baking pan, lined and greased with baking parchment, extending the paper on both opposite sides to remove the Muesli Slice easily after baking. Bake in a preheated oven at 180C for 20-25 minutes or until golden, mine took about 30 minutes. Allow to cool completely in pan before slicing. 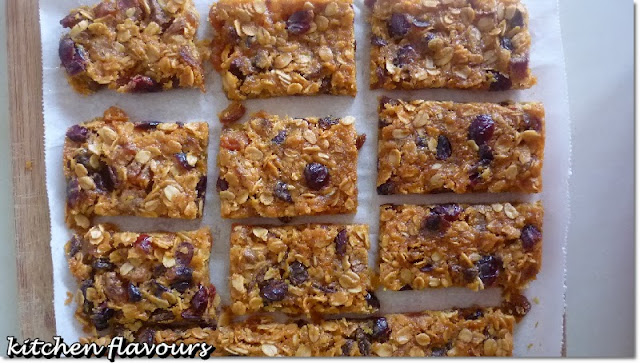 Once cool, cut to slices. 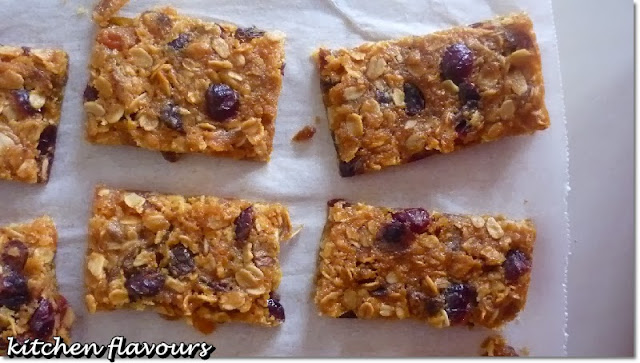 Smells wonderful and it tastes fantastic! I love all the combination of the dried fruits and the oats! Very good with a glass of cold milk. Yums! 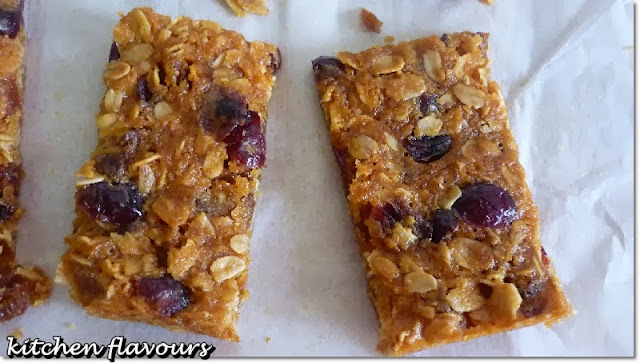 Best eaten on the day this is made, as the next day, it has soften and somewhat crumbly, but still tastes amazing. We finished the slices in two days, well, mostly me!


Preheat the oven to 180C (350F). Place the butter and golden syrup in a small saucepan over low heat and cook, stirring, until the butter is melted.
Place the oats, sultanas, cranberries, apricots, flour and sugar in a bowl and mix to combine. Add the butter mixture and mix to combine. Press into the base of a lightly greased 20cm x 30cm tin lined with non-stick baking paper. Bake for 20-25 minutes or until golden. Allow to cool completely in the tin before cutting into slices to serve. Makes 8-10.

To see what everyone are cooking from their pantry, with Donna Hay, drop by IHCC. You might just be inspired to join us! For more details about joining in, click here. 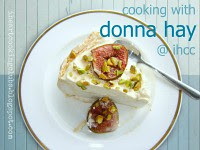 And I'm sharing this post with :
See Ya In The Gumbo @ Ms. enPlace
Full Plate Thursday @ Miz Helen's Country Cottage
My Meatless Monday @ My Sweet And Savory