"December Potluck" the theme for this week at I Heart Cooking Clubs (IHCC). I've made one of Nigella Lawson's roasted duck legs recipe, but used chicken legs instead. And instead of thyme leaves, I've used fresh rosemary leaves from my garden pot. 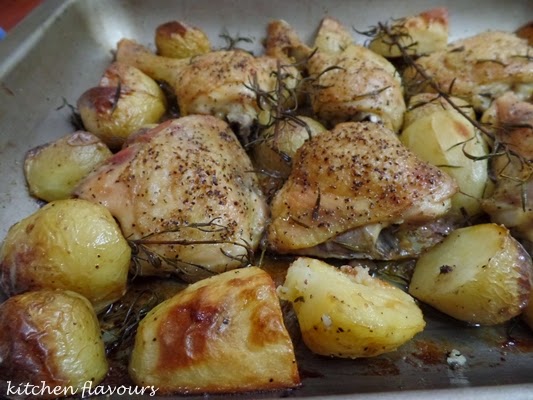 This is just a simple roast that do not require lots of ingredients, but the end result is just delicious. I've used chicken legs which I jointed. Using the technique from Diana Henry when I made one of her chicken recipes months ago, I rubbed the salt on the chicken skin to crisp up the skin during roasting. I've skipped the searing part on the stove. And I've used a mixture of chad potatoes and russet potatoes. Season with salt and pepper, scatter the rosemary and baked for about an hour until the chicken is cooked and the skin is golden brown and crispy. If duck legs is used, recipe instructs to roast it for about 2 hours. 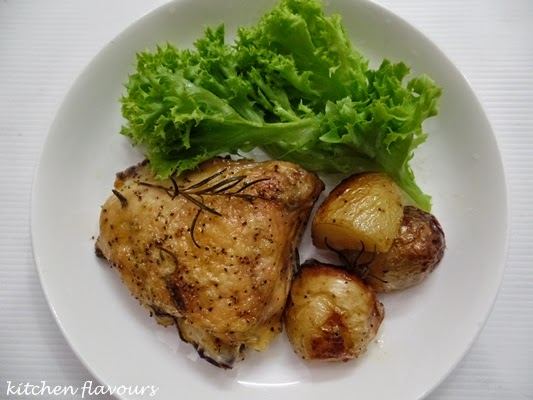 
(I've skipped the searing of the chicken legs, simply rubbed the skin with salt and roast as per recipe).

I'm linking this post to I Heart Cooking Clubs (IHCC), theme for this week "December Potluck" 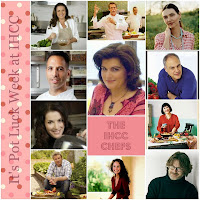 (I am on a short blogging break, see you when I get back!)

Posted by kitchen flavours at 12:02 PM