The Rugelach That Won Over France : TWD

It's the third bake at Tuesdays With Dorie (TWD), from Baking Chez Moi (BCM) cookbook by Dorie Greenspan. With the festive Christmas just round the corner, The Rugelach That Won Over France is the popular choice selected by BCM's bakers. That's a rather long name for a rugelach. But then I can understand why it is named as such. According to Dorie, one year, while she and her husband was on a flight, her husband offered some of these rugelach to the French flight crew, and they were treated like loyalties for the next seven hours! Obviously these rugelach has certainly won over the hearts of the crew! Well, if you've tried one of these, you would too! These were so yummy! 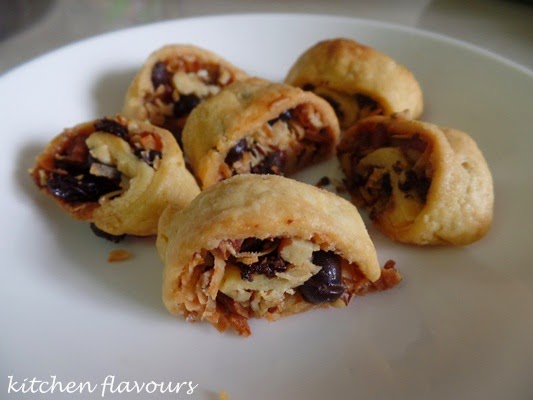 The Rugelach That Won Over France


These were the best looking of the lot, out of the batch that I've made. To view "distorted" ones, scroll down below! (big grin!).

The dough was pretty difficult to handle, but I've expected that, as I've made the Rugelach recipe from Dorie's other book, Baking From My Home To Yours, here. I've reduced the amount of butter and cheese, but the dough was still sticky. In our hot and humid weather, it is always a challenge when handling pastry such as this! 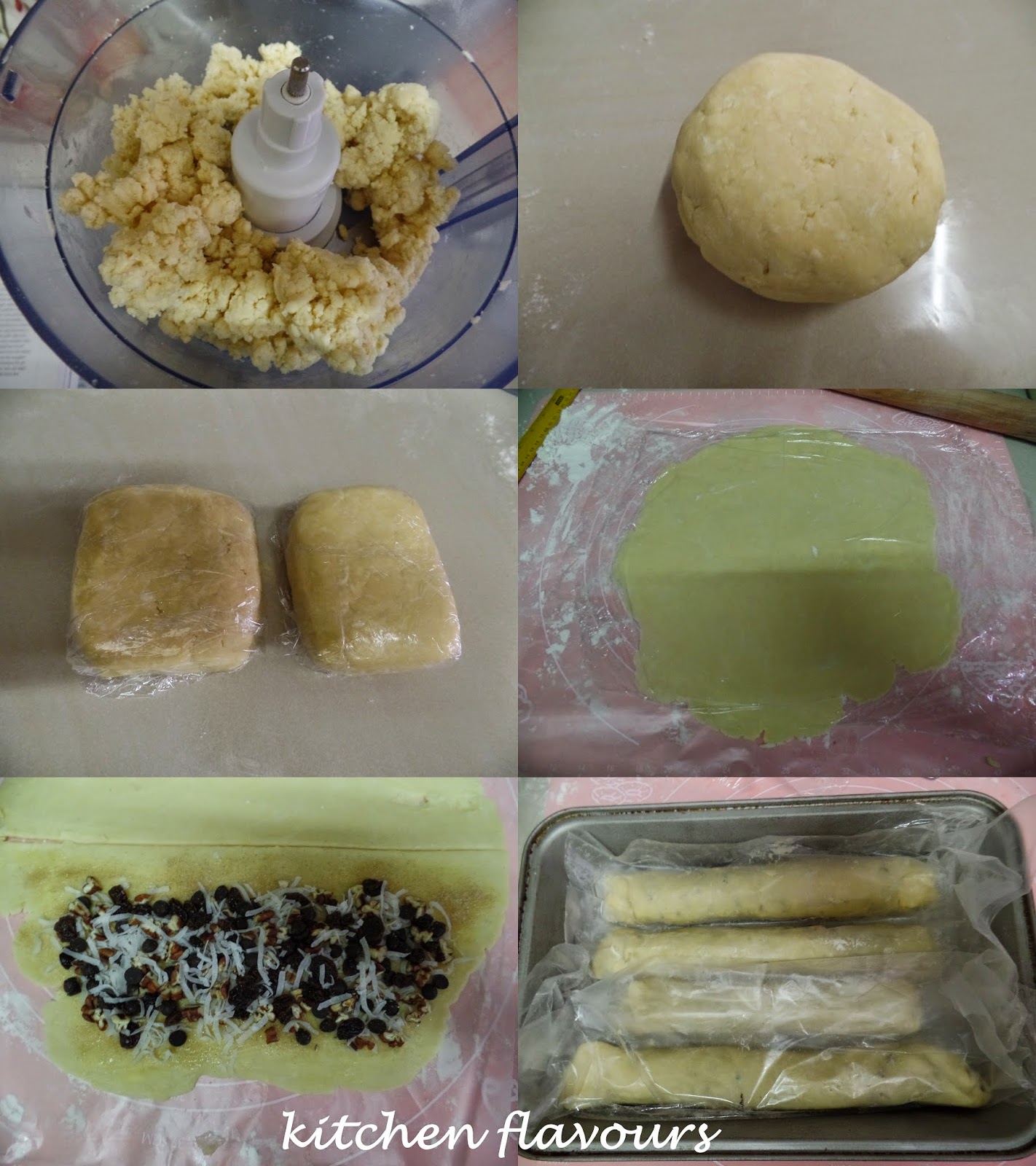 The flour, cream cheese and butter is mixed in the food processor, just until large curds form. Turn the dough out onto a work surface, shape into a ball, divide it in half, wrap in cling wrap and chill for at least 2 hours. Roll the dough into a thin 12" square, divide into half. Mine was definitely not a straight square, I rolled it between two sheets of plastic. The dough was soft, sticky and I got to refrigerate it until it was firm, about 20-30 minutes.

The filling is made up of sweetened shredded coconut, pecans, semisweet chocolate (I've used chocolate chips), and raisins.

Remove the dough from the refrigerator, brush some melted butter over it, sprinkle with a mixture of cinnamon-sugar, place the filling on one half with borders all around, roll it up snugly. I have problem with rolling them up snugly. With our hot and humid weather, the dough has turned soft, sticky and difficult to roll. Did the best I can and wrapped the logs individually in plastic wrap, keep in freezer for at least an hour.
I actually left them in the freezer overnight. The next morning, took them out , brush one log with some beaten egg and attempted to slice them, according to Dorie, "slice and bake directly from the freezer." It does not work, at least mine did not, the dough breaks into little crumbles. So I left it resting on the kitchen counter for about 10 minutes, when it has soften a little. Sliced them with a serrated knife, and the dough was too fragile, and breaks easily. I did not want to refrigerate them again, so I just carry on with the slicing,and I did not bother brushing the top of the other 3 logs with egg wash because the stickiness got worse with the first one when I applied the egg wash.
Bake the slices until the rugelach are golden brown. 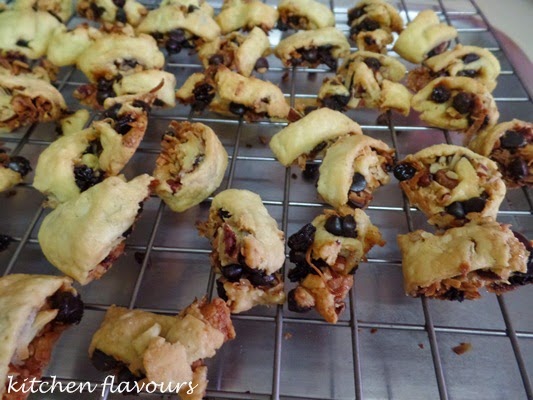 There, my "distorted" rugelach! LOL! I've got to bake them these rugelach longer than the recipe states, takes about 22 minutes, till they are brown. 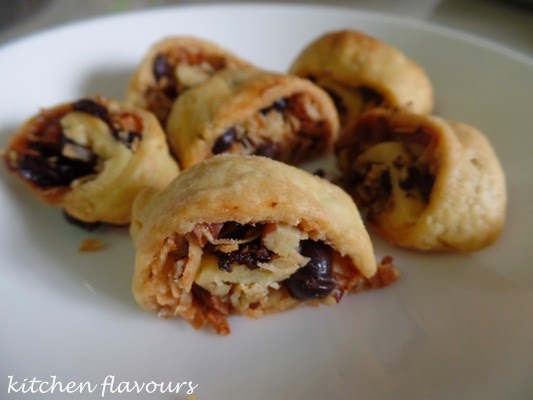 These are the best-looking ones! Despite how they look, these are really yummy! The whole lot was gone on the next day, even the crumbs! I would probably attempt these again when I am up for a challenge.

To view the other bakers' take on these yummy cookies, stop by TWD.

Posted by kitchen flavours at 11:32 PM