This week at I Heart Cooking Clubs (IHCC), we are welcoming our new featured chef, Jacques Pepin. If you are new to IHCC, it is a cooking club where a new chef is selected every six months. Looking back at the impressive list of chefs, there are eleven chefs on IHCC's list, with Jacques Pepin being the number twelve, that means IHCC is now on the second half of the sixth year! Wow!  I was rather surprised myself that this will be the second half of the fourth year for myself, since I've joined the lovely ladies at IHCC, where we share our food and dishes once a week in our "HQ at IHCC"!!  :)
Thank you, to the lovely administrators of IHCC, Kim, Deb and Sue, for doing such a wonderful job of ensuring that IHCC is smooth going, interesting and fun to be part of! 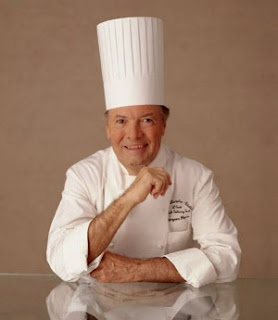 To welcome our new featured chef this week, our theme is "Bonjour Jacques Pepin". He is a respected and renowned French chef and author of more than 20 cookbooks. I only have one of his cookbooks, hopefully that will change in the near future! :) If you would like to join us, hop on over to IHCC here for more info. 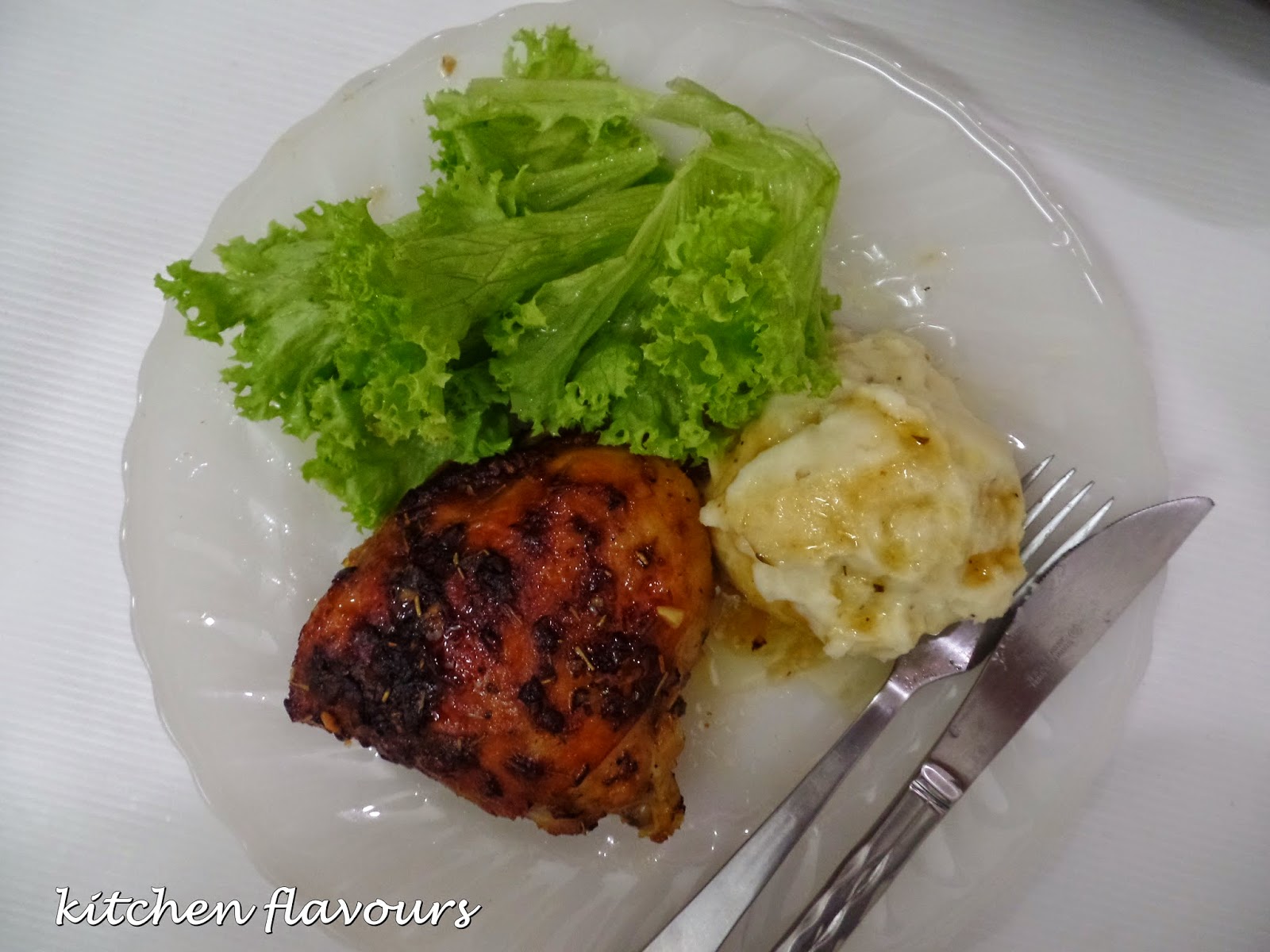 
Originally his recipe used a whole chicken which is split open by cutting alongside the backbone of the chicken so that it spreads out flat. I have however used 4 large chicken legs which I jointed to get 4 thighs and 4 drumsticks. 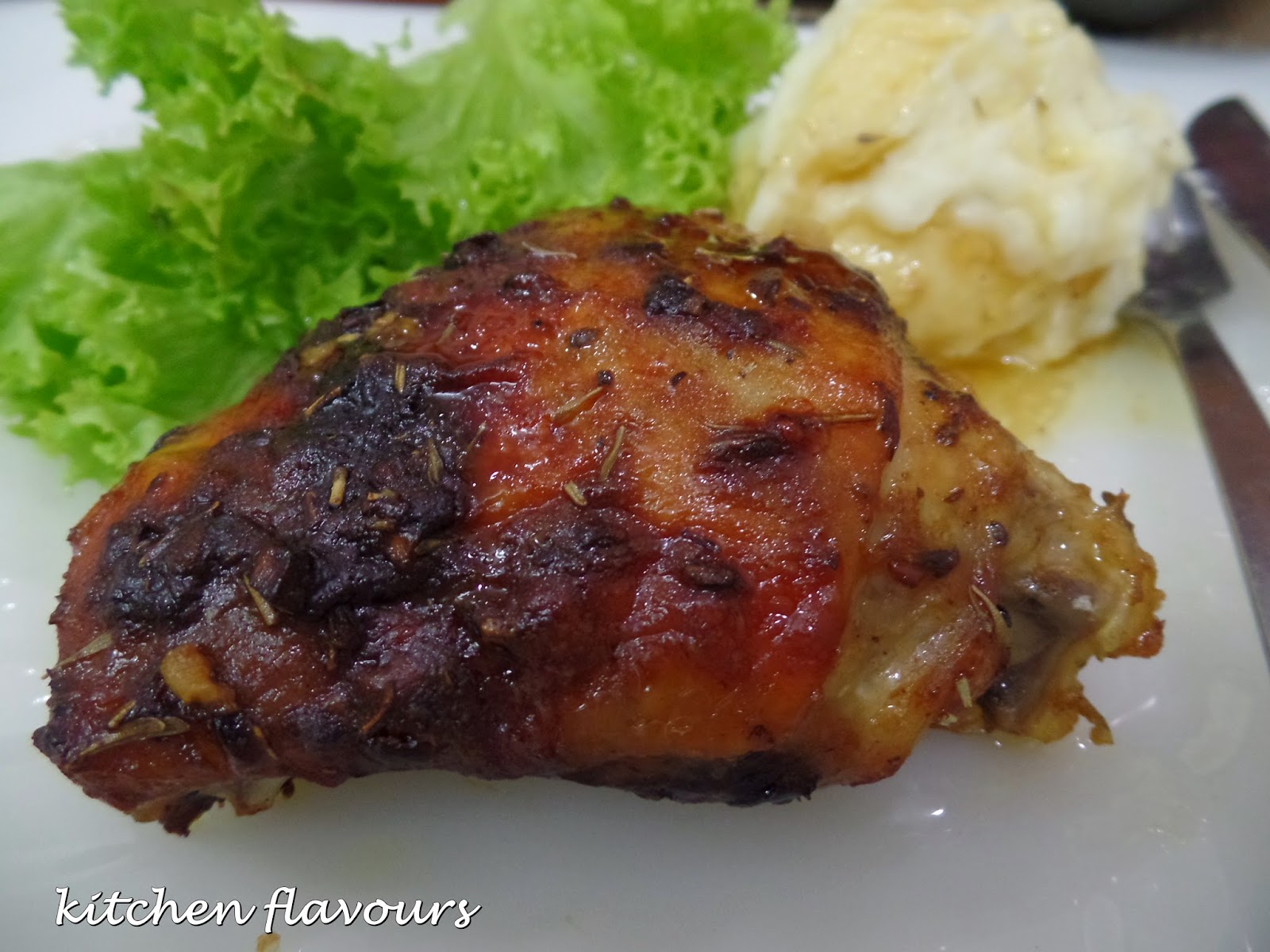 The mustard mixture is made by mixing chopped garlic, Dijon mustard, white wine, soy sauce (an ingredient I was rather surprised to find in this recipe from a French chef, could not help smiling to myself as I mixed in the soy sauce in the mustard mixture!!), olive oil, Tabasco hot sauce, herbes de Provence and salt. The amount of mustard mixture is not enough, so I ended up making another batch of it, which is really easy and takes only minutes.

Place the chicken pieces skin side down on a cutting board, smear the top with the half of the mustard mixture. Transfer the chicken pieces to an ovenproof skillet, mustard side down, and smear the top with the rest of the mustard mixture. Sear the chicken over high heat for about 5 minutes, remove from heat, and place the skillet in the oven to cook for about 35 minutes until the top is well browned and dark. My ovenproof saucepan is not large enough, so after I have seared the chicken, I transferred the pieces to a roasting dish and roast in the oven for about 1 hour at 200C. 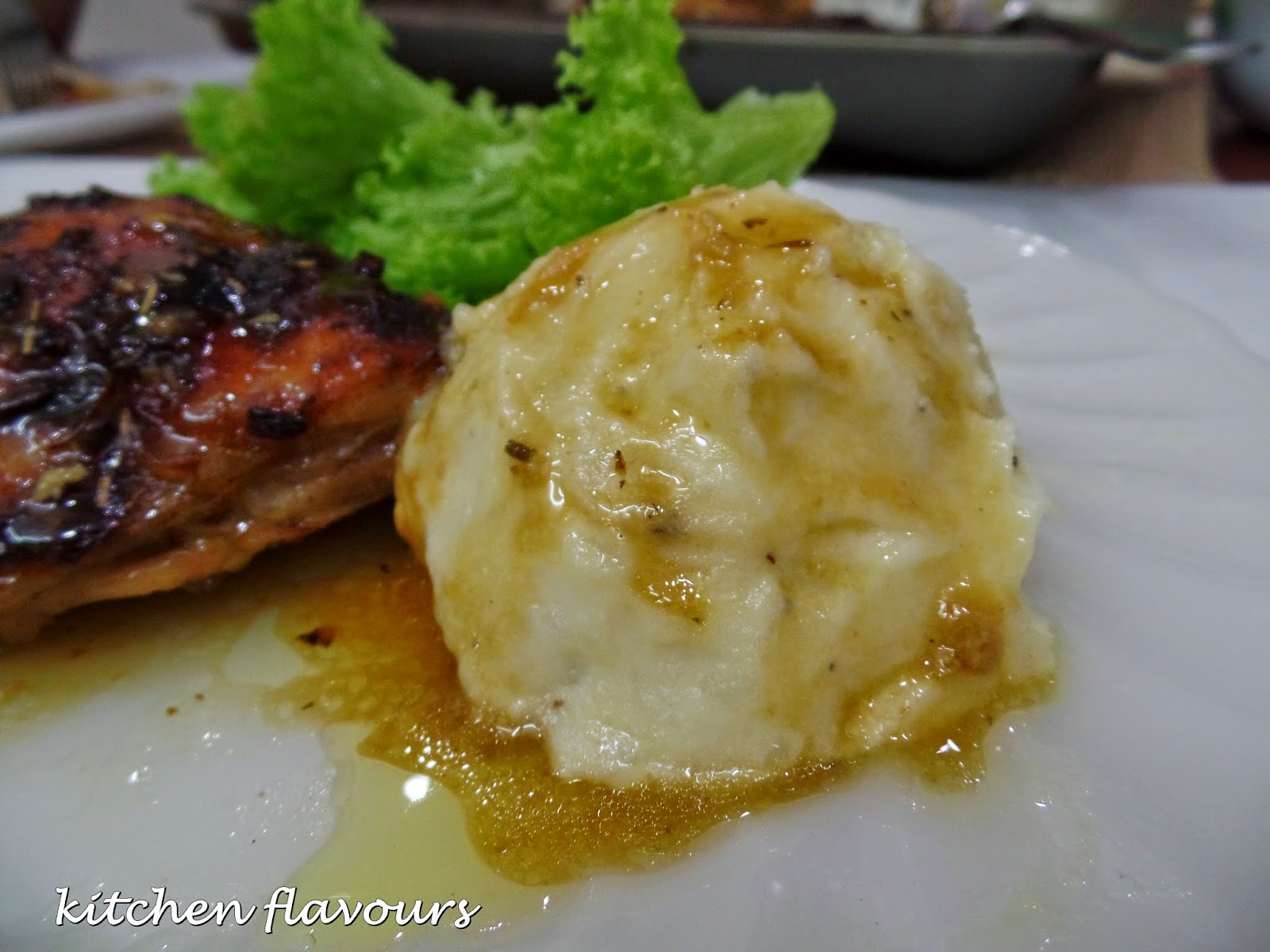 It was suggested in the recipe that the Roasted Mustard Chicken is served with Fluffy Mashed Potatoes. Knowing how much my family loves mashed potatoes, how could I not make it!

According to Jacques Pepin, the mashed potatoes that his aunt made were better than any others.
The potatoes are first boiled till fork-tender with a clove of unpeeled garlic. He was told by his aunt, this is what makes the mashed potatoes different, as when the potatoes are pushed through a food mill or ricer, the garlic pulp contributed a faint flavour to the mashed potatoes.  I did not have any ricer so I've used a potato masher, and while it was not entirely totally smooth, nobody complained, (not that they noticed, as they were too busy with second helpings of the mashed potaotes!). Butter is stirred into the still hot mashed potatoes and watch them disappear deliciously! Milk is then added in a little at a time, whipping the potatoes with a whisk until they are fluffy, and find that I do not need all of the milk. Season with salt and pepper generously and serve with the chicken, with some of the juices from the roasting pan, poured over both the chicken and the mashed potatoes.

This was such a delicious meal. The chicken was soft and tender, and the mustard crust is delicious. The Fluffy Mashed Potatoes is really fluffy and delicious! And do not use more garlic than the recipe calls for, I used one large clove and it was just right for that lovely garlicky flavour. Even though the recipe says the amount serves 4, I made double the amount to serve my family of four, and by the time dinner was over, the bowl of mashed potatoes was totally clean! (I don't even have to wash the bowl, just kidding!!)  :)

For the crusts : Mix all the ingredients in a small bowl.

Preheat the oven to 450 degrees. Using kitchen shears or a sharp knife, cut alongside the backbone of the chicken to split it open. Spread and press on the chicken with your hands to flatten it. Using a sharp paring knife, cut halfway through both sides of the joints connecting the thighs and drumsticks and cut through the joints of the shoulder under the wings as well. (This will help the heat penetrate these joints and accelerate the cooking process).

Put the chicken skin side down on a cutting board and spread it with about half the mustard mixture. Place the chicken flat in a large skillet, mustard side down. Spread the remaining mustard on the skin side of the chicken. Cook over high heat for about 5 minutes, then place the skillet in the oven and cook the chicken for about 30 minutes. It should be well browned and dark on top.

Let the chicken rest in the skillet at room temperature for a few minutes, then cut it into 8 pieces with clean kitchen shears. Defat the cooking juices. If you like, mound some Fluffy Mashed Potatoes on each of four warm dinner plates and place 2 pieces of chicken on each plate. Pour some juice on the mashed potatoes and chicken and serve.

Put the potatoes, garlic, and 3 cups water in a medium saucepan and bring to a boil over high heat. Reduce the heat and boil gently for about 25 minutes, or until the potatoes are fork-tender. Drain and push the potatoes through a food mill or ricer. (A food processor will make them gooey). Add the butter and mix well with a wooden spoon until incorporated. Add about 1/3 cup of the milk and mix well with the spoon. Pour in the remaining 1/3 cup milk and add the salt and pepper. Using a whisk, whip the potatoes for 15 to 20 seconds, until they are fluffy and very smooth.

If the potatoes are not to be served immediately, smooth the top and pour 2 to 3 tablespoons milk on the potatoes to keep them moist. At serving time, stir the milk into the potatoes, reheat, and serve. 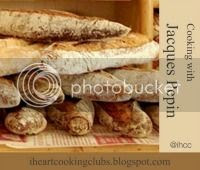 Posted by kitchen flavours at 5:02 PM