I Heart Cooking Clubs (IHCC) is cooking with tomatoes this week, as the featured ingredient/dish for this month of August is Tomatoes! I've decided to cook with Hugh Fearnley-Whittingstall, our current featured chef at IHCC. Made his French Beans with Tomatoes.


A simple and easy dish to cook, with just minimal ingredients ; chopped onions, chopped garlic, canned chopped tomatoes and French beans. For the tomatoes, either canned or fresh tomatoes can be used. I have one last can of chopped tomatoes in my pantry which I wanted to clear, and seems perfect for this dish. 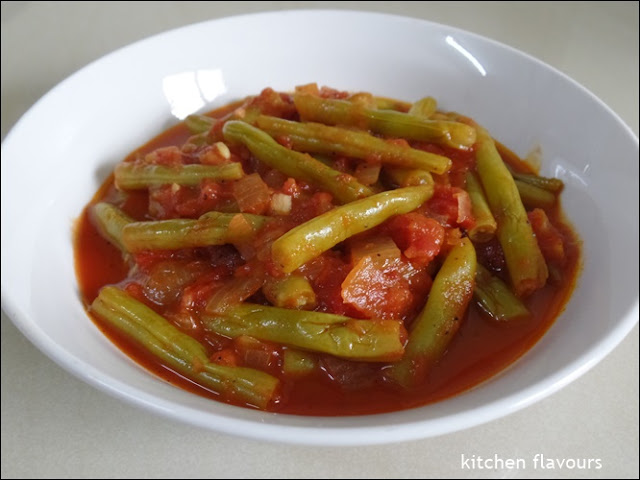 Does not takes much effort at all to cook this dish, the only thing is to stir every now and then, to avoid the bottom from sticking to the pan. I did add a little water just to keep the sauce moist and nice.

This is a delicious dish. There's the usual slight sourness from the canned tomatoes, but at the same time, you can taste the sweetness from both the onions and the French beans. Very tasty. My son seems to be taken with this dish, he loves it. At first, he thought that I have added some sugar to this dish. Well I did not, the sweetness are naturally from the onions and French beans! We had this dish with rice and a few other dishes. No leftovers!


Heat the oil in a large saucepan or frying pan, add the onion and sweat for at least 10 minutes, until soft but not coloured. Add the garlic and cook gently for another minute or two, then add the tomatoes and stir well. Stir in the beans, bring the mixture to a gentle simmer and season well. Turn down the heat, partly cover the pan and cook very gently, stirring frequently, for about 30 minutes, until the beans are fully tender. If the mixture seems to be in danger of sticking, add a splash of water or stock. Serve warm or cold. 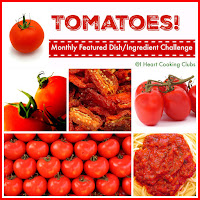 Posted by kitchen flavours at 9:32 PM