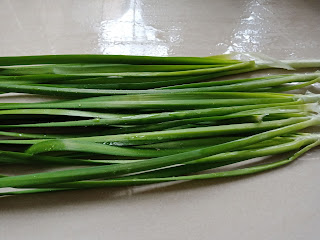 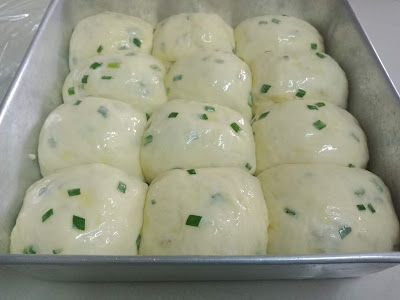 There's butter, milk and eggs in the dough. The dough is slightly sticky but it was manageable, just as the book says. After the first rise, the dough is divided into round balls. I've made half a recipe which makes 12 rolls. There's a small cube of plain butter as a filling for each roll. I have however added some chopped chives, garlic powder and a pinch of salt mixed into the softened butter, then refrigerate until set, cubed and used as the filling. Brush the risen rolls with some melted butter before they go into the oven. 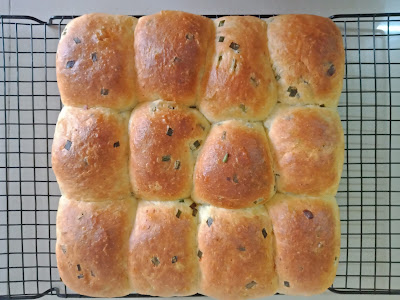 Brush with some melted butter again as soon as the rolls are out of the oven. I have omitted the sprinkling of salt over the rolls. 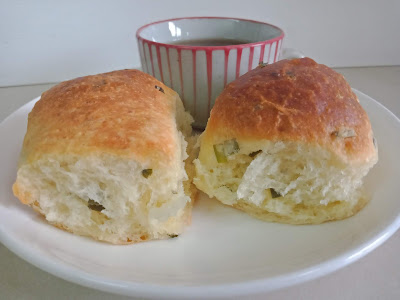 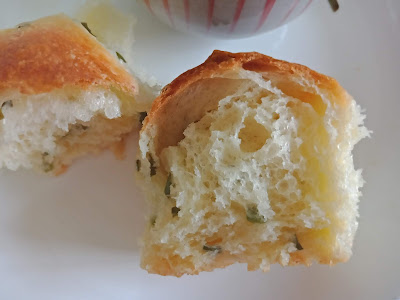 These rolls are so fluffy soft! Of course, the butter filling gets melted and this makes the rolls even more buttery. These would be great with some soup, but I love eating them plain with just a cup of hot tea!

The full recipe can be found here.

Posted by kitchen flavours at 10:54 PM