It was one of those afternoons that I really have no idea on what to prepare for lunch, and remembered that I have bookmarked a potato recipe  from The Pioneer Woman's website, which she called "Best Breakfast Potatoes Ever", recipe with such a name, makes me curious about the "best...ever"! Besides it looks really good on her website, but then her food always looks good!

So a short trip to the nearby supermarket to get some bell peppers and potatoes. The good thing about this dish is once everything is cut and sliced, it all went into the oven, easy peasy! 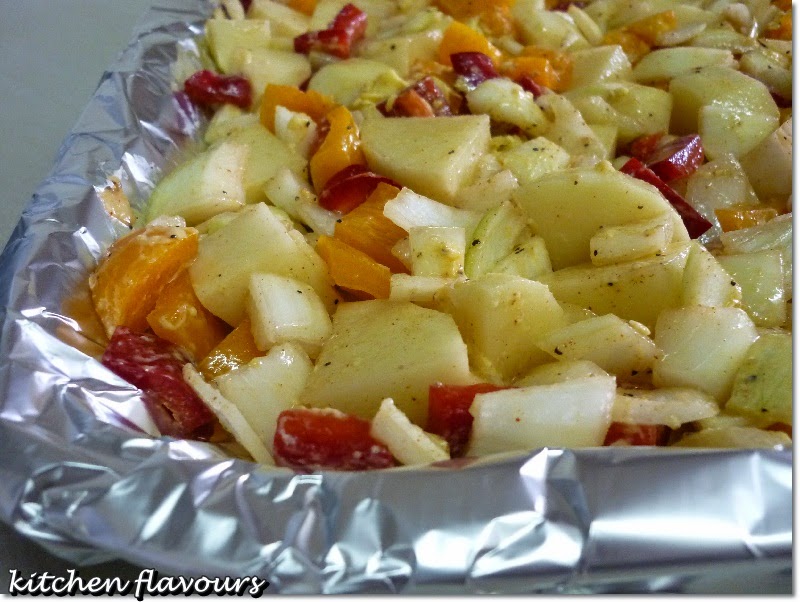 The recipe makes a huge amount, so I have made about half a recipe. I have used russet potatoes instead of red potatoes, and russet is a good choice, as they are perfect for roasting. For the bell peppers, I have used only two, one each of yellow and red. I have used 2 whole yellow onions, as we love onions and their sweet flavours really shines thru when roasted. And I have added in some garlic powder as well. Mix all ingredients together, seasoned with some salt and pepper. Place them on a baking sheet which I have lined with foil, for easier clean-up. Advisable to grease the foil with some olive oil, as the potatoes would stick. 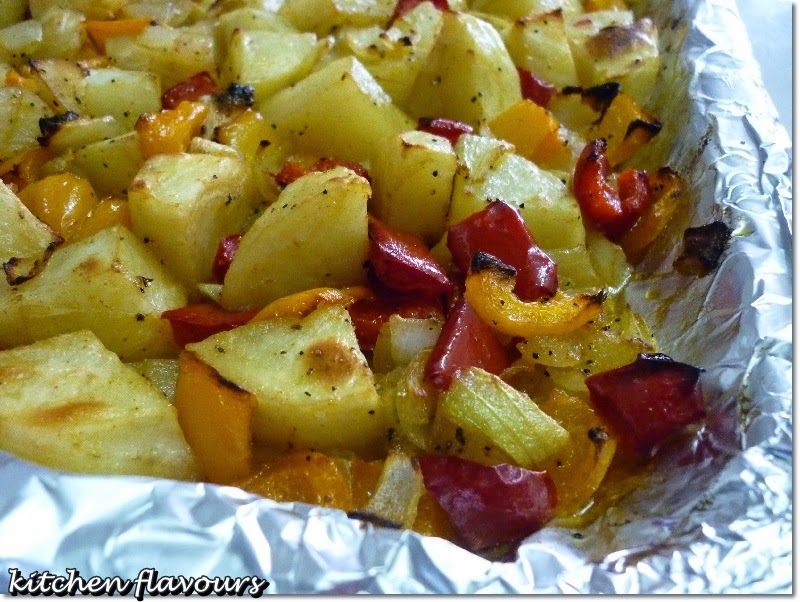 Bake for 25 minutes at 425F, turning once, increase heat to 500F, and bake until brown and crisp, about 15 to 20 minutes more. I moved the tray up to a higher level, to brown them more. 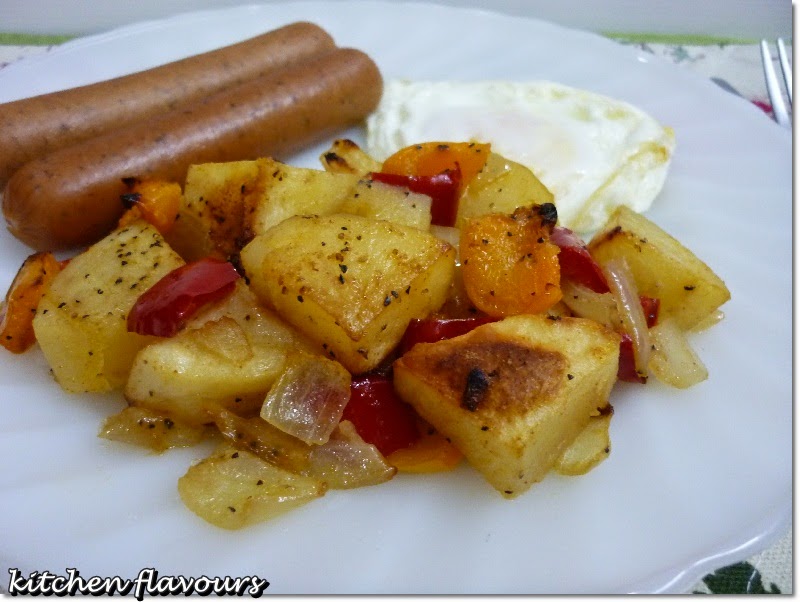 Serve the potatoes while they are still hot. I served these potatoes with some sausages and Eggs Over Easy. Delicious lunch indeed, and these breakfast potatoes would make a great side dish. I would not call it the "best...ever", but it certainly is really delicious!

Preheat the oven to 425 degrees F.
In a large bowl, toss together the potatoes, garlic, onion, green bell pepper, red bell pepper, olive oil, butter, seasoned salt, cayenne pepper and some kosher salt and pepper.
Pour potatoes onto two rimmed baking sheets. Bake for 20 to 25 minutes, shaking the pan twice.
Raise the heat to 500 degrees and bake until crisp and brown, 15 to 20 minutes, shaking the pan twice.
Sprinkle with a little more salt and pepper before serving.

Posted by kitchen flavours at 11:00 AM