These cinnamon bread sticks are so easy  to make. The dough needs only one rising, and you can enjoy these in less than two hours. Make it in the early afternoon, and by tea-time, you'll have these Cinnamons Sticks to enjoy with a cup of warm tea. 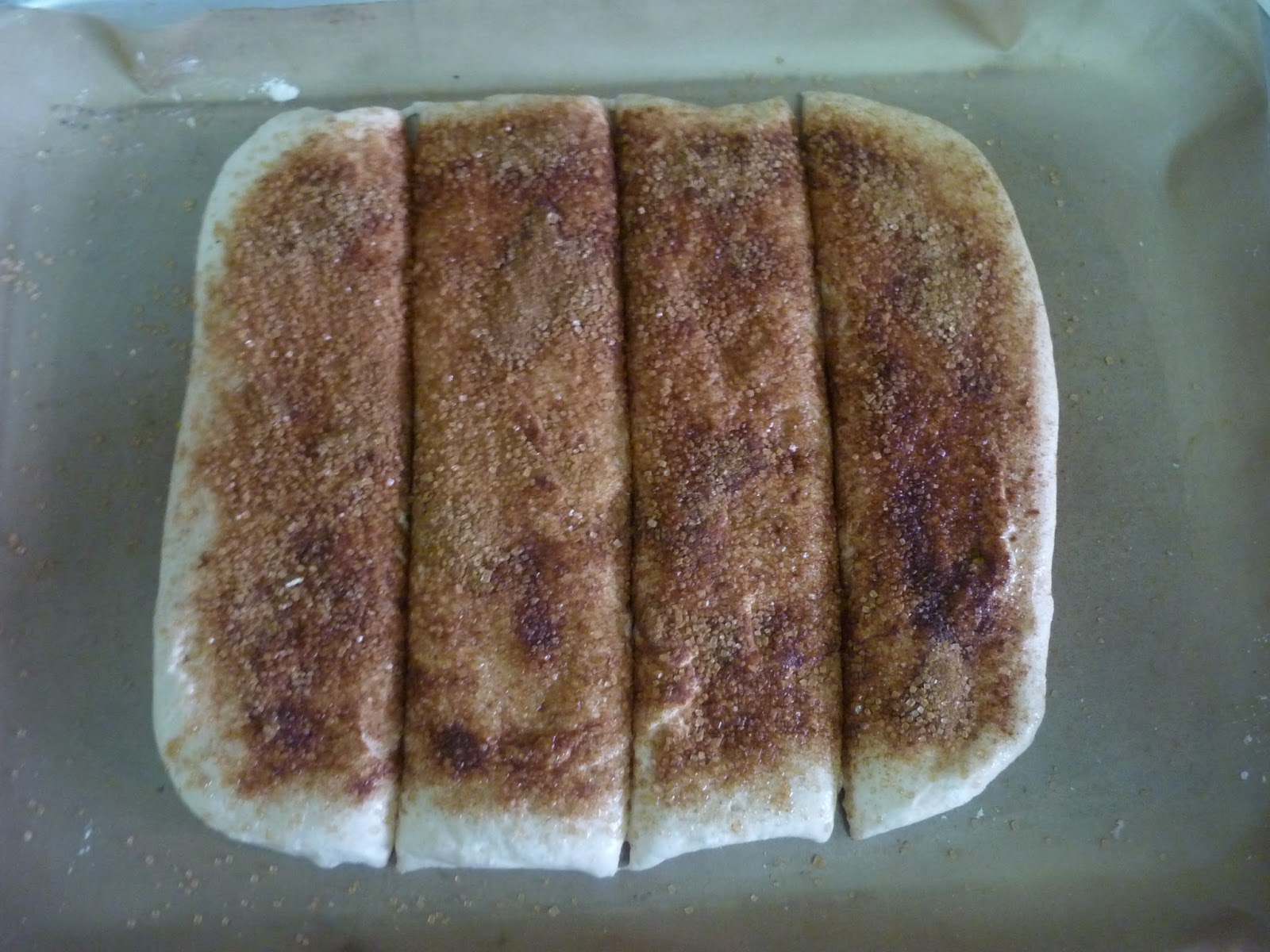 The risen dough is rolled out and divided into four equal sections. Brush the top with some oil, (I used canola), and scatter with half the mixture of demerara sugar and cinnamon, pressing the mixture down lightly. Then place the dough onto a baking sheet with the cinnamon-sugar mixture facing down. Repeat with the top, brushing with oil and scatter with the balance half of the cinnamon-sugar mixture. 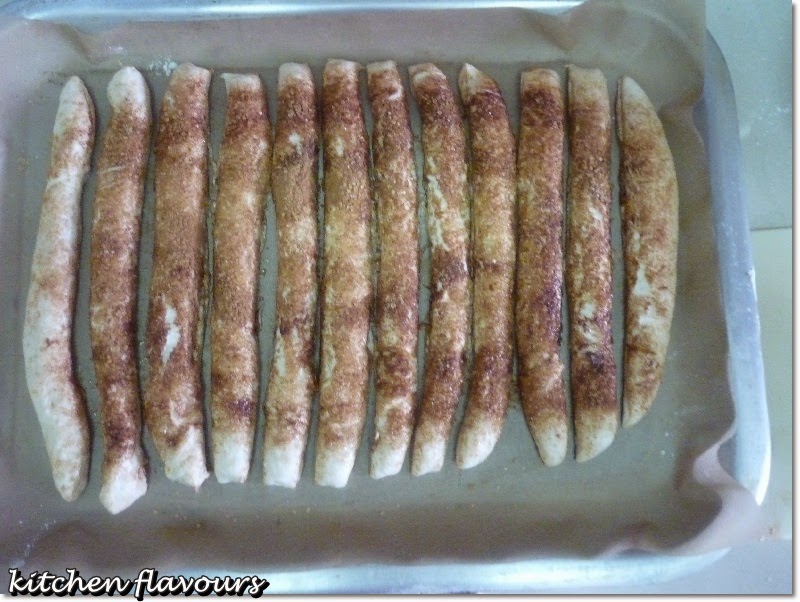 Using a dough scraper, divide each piece into 3 pieces, totalling 12 pieces. You may need to adjust the positions of the pieces on the baking tray, spacing them a little. Bake in a preheated oven for 12-15 minutes, (mine took about 18 minutes), until golden. 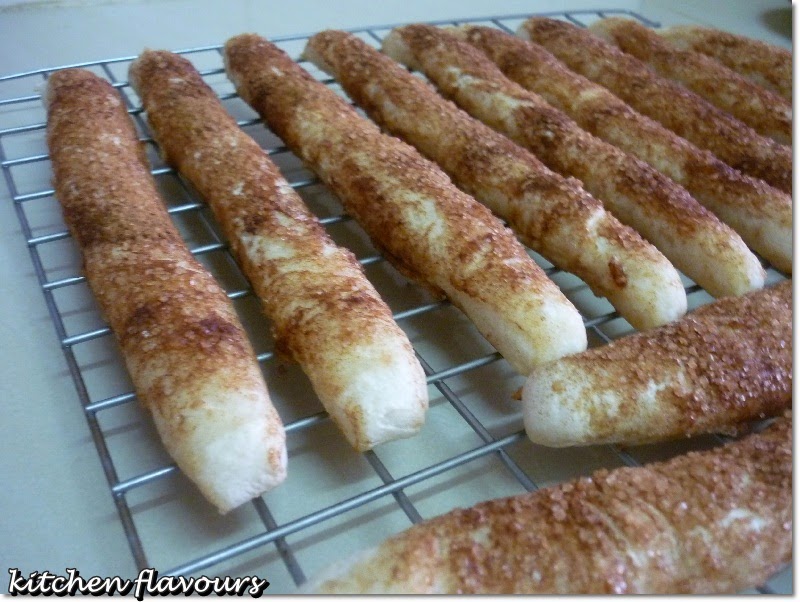 Transfer the baked Cinnamon Sticks to a wire rack to cool slightly. 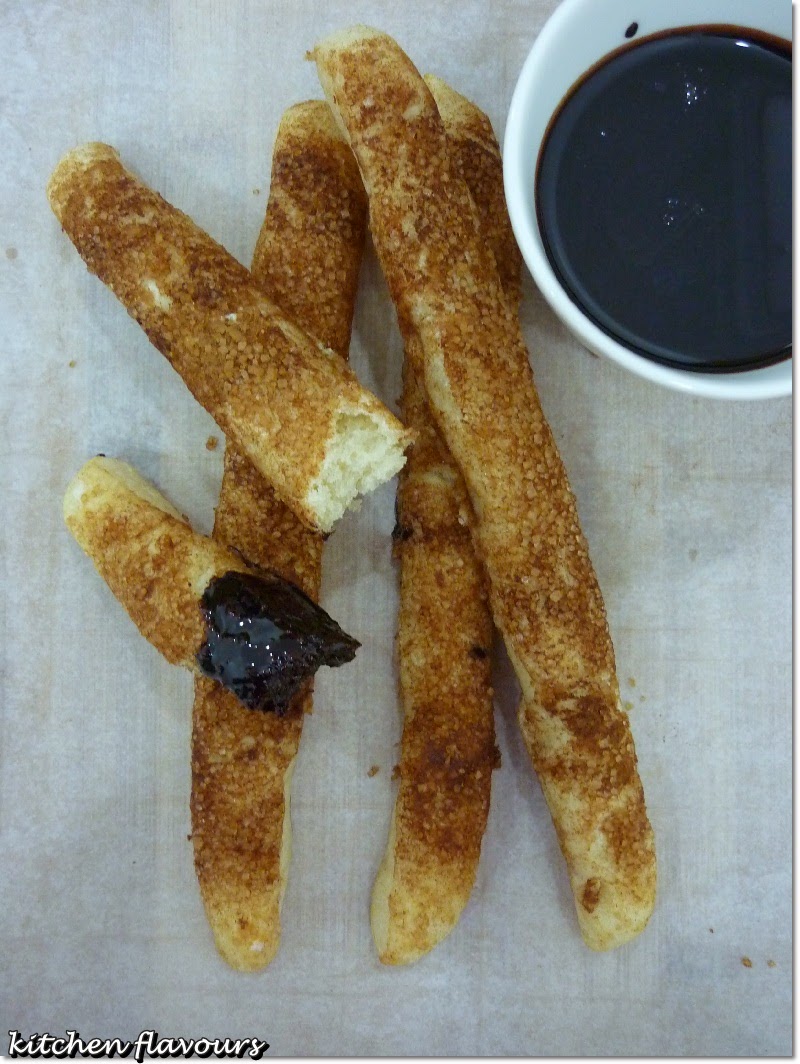 There's a chocolate sauce in the recipe, but I have opted an easy way out of using some leftover chocolate syrup instead... I was lazy and I do not like to melt chocolate, I hate to do the cleaning up! 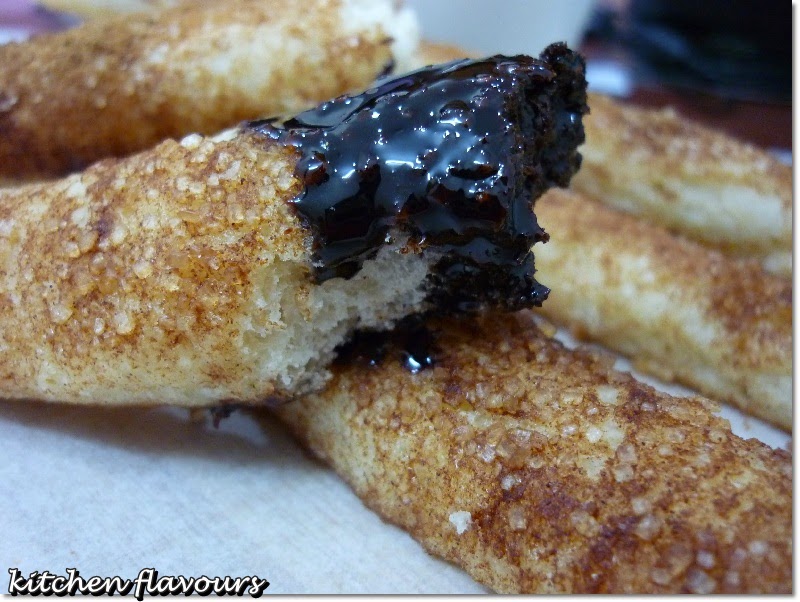 which is not a good idea... it did not have that "umph"! My daughter was rather silent when she ate this.... So I took out THE chocolate sauce.... 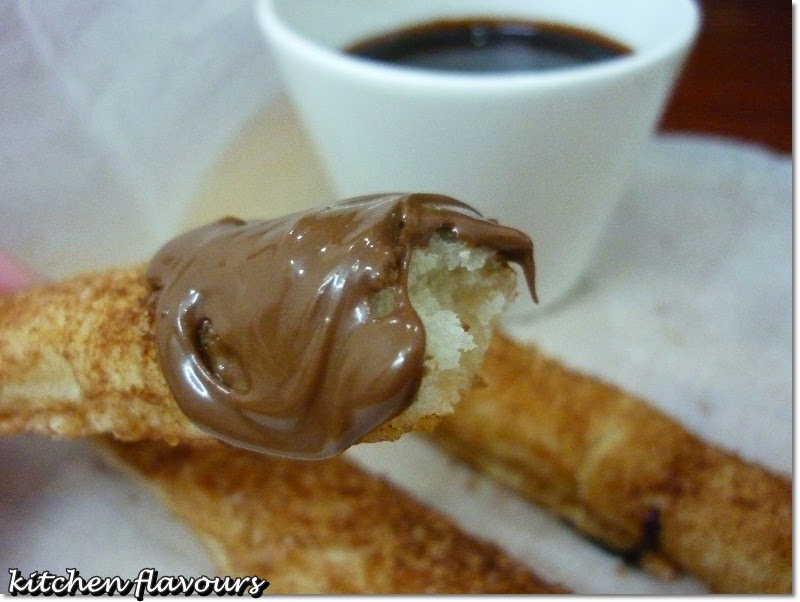 Good old Nutella to the rescue! What a difference it made! The breadstick are yummy with Nutella! 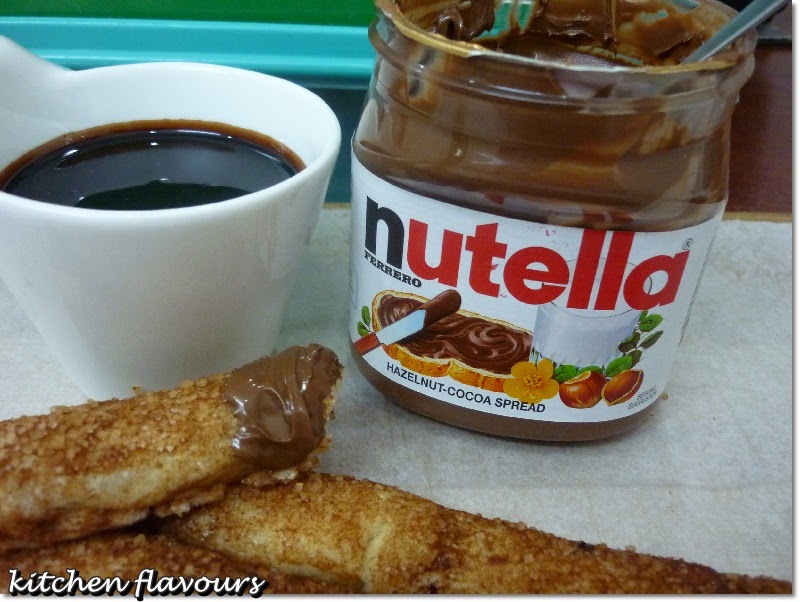 Back into the fridge the chocolate syrup went! We ate the rest of the bread sticks with Nutella. These bread sticks are best eaten while still warm, while they are soft. They get a little stale when they have cooled down. If you are making these, either make the chocolate sauce, or use Nutella instead!


Put the flour, yeast, sugar and salt into a bowl, stir to combine. Make a well in the center, then pour in 200ml/7fl oz of tepid water and stir to form a soft dough.
Tip out on to a lightly floured work surface and knead for 10 minutes. Place in an oiled bowl, cover with a cloth and set aside for 1 hour, or until doubled in size.
Preheat the oven to 200C/400F/Gas6 and lightly grease an oven tray. Combine the demerara sugar and cinnamon. Place the dough on a lightly floured surface and stretch it out to about 20cm x 20cm.
Brush it with oil then scatter with half the sugar-and-cinnamon mix, pushing the mixture down lightly, then place the dough sugared-side down on the prepared oven tray.
Brush with oil and top with the remaining sugar-and-cinnamon mix and cut into 12 lengths. Separate the sticks slightly and bake for 12 to 15 minutes, until cooked through and crisp. Transfer to a wire rack.
For the chocolate sauce, put all the ingredients in a small pan over a very low heat. Stir occasionally, until the chocolate has melted. Stir in a pinch of salt. Serve the warm bread sticks with the chocolate sauce on the side.

See Ya In The Gumbo @ Ms. enPlace