"Moreish Meals", our theme for this week at I Heart Cooking Clubs (IHCC). Moreish Meals that will make you want to take a second or even third helpings.

Ever since I came across this recipe in Nigel Slater's cookbook, The Kitchen Diaries II, I knew that I will be making it for one of our weekly theme. It definitely fits in this week's theme, "Moreish Meals". 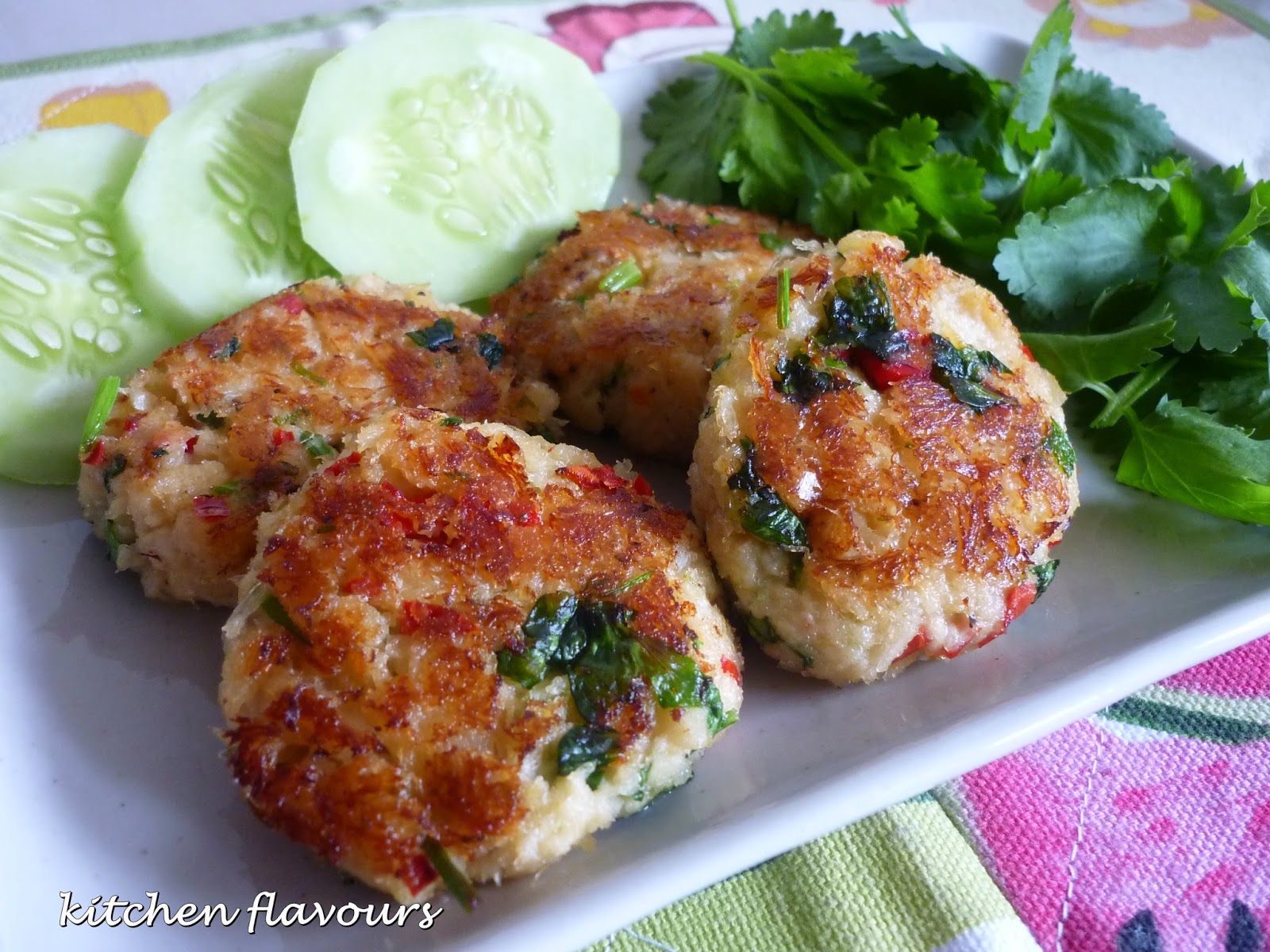 I've used ready-bought frozen crab meat, and have added in some kaffir lime leaves from my garden pot, chopped finely and mix into the rest of the ingredients ; white bread, lime zest, chopped red chilli, coriander leaves, mayonnaise, salt and pepper to taste. The mixture are then form into small patties, and pan-fry with just a little oil in a non-stick saucepan on both sides until golden brown. The patties are rather fragile, and got to handle them gently when turning over. Make sure that the bottom is already golden brown, if not, it would break up rather easily, then turn them over to the other side very gently, it helps using both hands, one holding a spoon and the other with a spatula. Drain on kitchen towel paper and serve while still warm.

My notes : Very tasty crab cakes! They are very good when dipped in mayonnaise. You would definitely reach out for the second and the third piece!


Put the crabmeat into a large mixing bowl. Reduce the bread to crumbs in a food processor, then add to the crab. Grate the lime zest finely into the bowl and add the juice.
Halve, seed and finely chop the chilli. Chop the coriander leaves. Add the chilli and coriander to the crab, then add the mayonnaise. Season with just a little salt and some black pepper and mix thoroughly.
Taking 2 tablespoons of the mixture at a time, make it into small patties, about the size of a digestive biscuit. Set them aside.
Heat a shallow film (no more) of oil in a non-stick pan. Using a palette knife or fish slice, gently slide the fishcakes into the hot oil - they should sizzle immediately - then leave them to form a crust on the underside. When it is golden, gently flip them over on to the other side. Cook for three or four minutes, then lift out carefully.
Enough for 4.

I'm linking this post with I Heart Cooking Clubs (IHCC) for this week's theme, "Moreish Meals".

Posted by kitchen flavours at 10:45 AM