This is pretty easy to make. The original recipe calls for this bread to be baked in a 14" pizza pan, but I have used a rectangle pan, size 12"x9". I mixed the dough in the stand mixer, and it is pretty soft and slightly sticky, but the stickiness is greatly reduced after the first proofing. The dough is then placed in the greased baking pan, instead of using the rolling pin to roll it out, I used my hands to stretch out the dough to cover the pan. It may pull back, just let it relax for a couple of minutes before stretching it again to completely cover the pan. Brush the top of the dough with some softened butter, and sprinkle some sugar over. As you can see from the photos above, I have scattered one half of it with almonds and dried cranberries, while the other half with only dried cranberries, as not everyone likes nuts in my house. Cover the pan, leave it to rise for about 20-30 minutes until slightly puffy.

It was recommended in the recipe, to preheat the oven at 500F (about 250C-260C) and bake for 7 minutes, but I have preheated my oven at 220C, and baked the bread for 11 minutes until golden brown and bread is done. 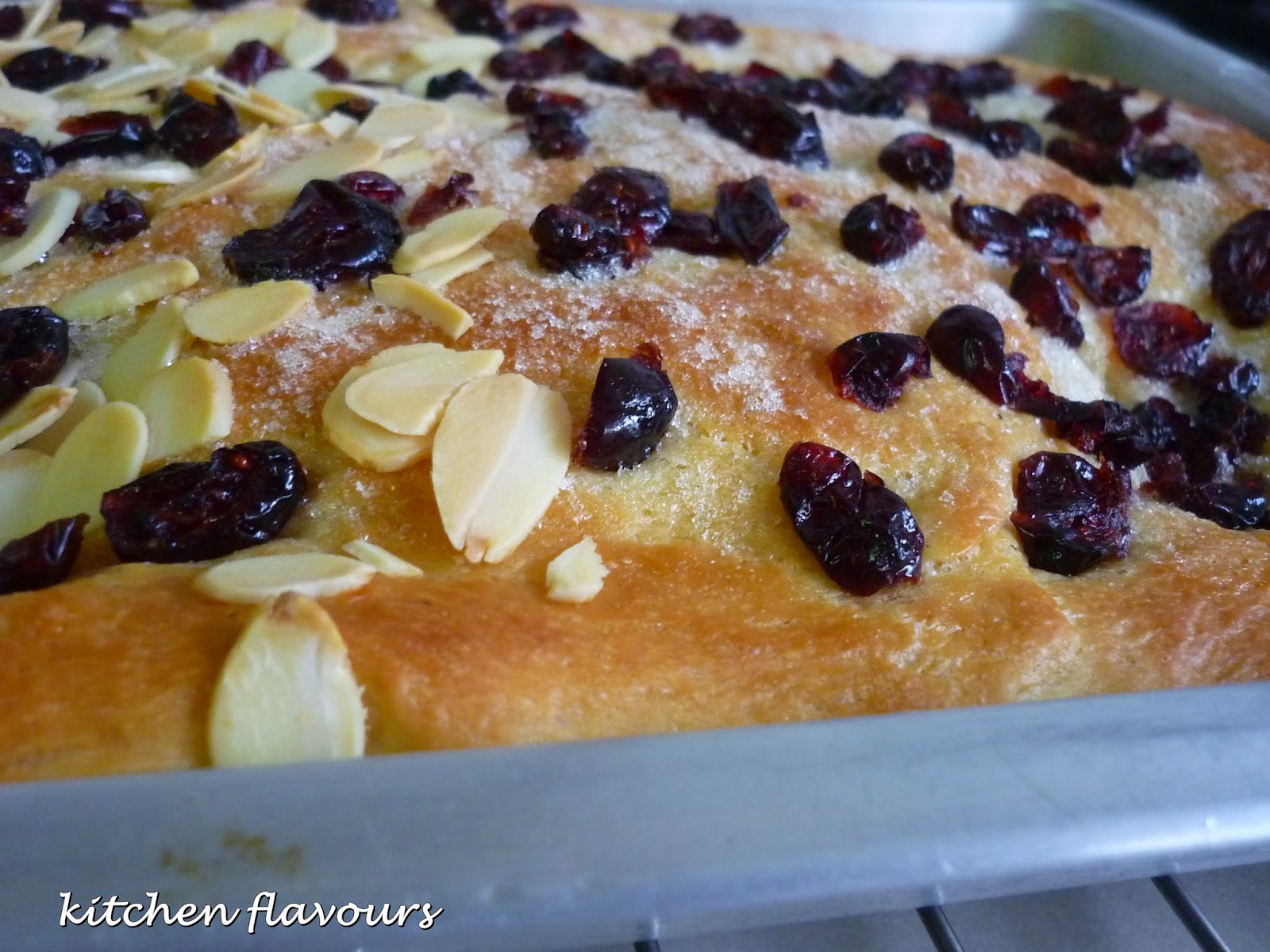 Freshly baked. One half with almonds, the other without. 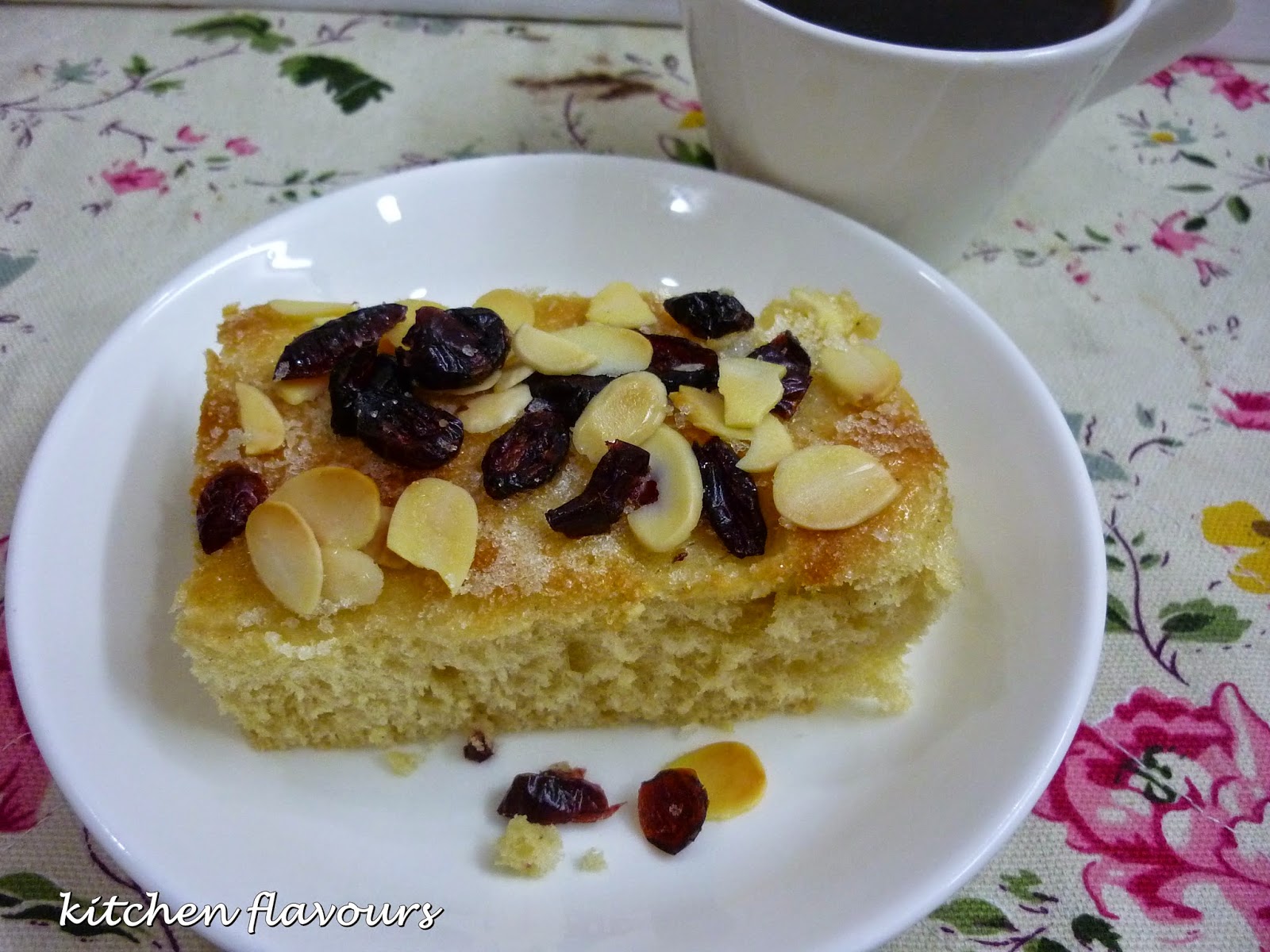 Slice and serve warm, with a cup of tea of coffee. I had mine with a cup of hot black coffee. So satisfying! This bread is so good, one of the best bakes that I've baked from this book. 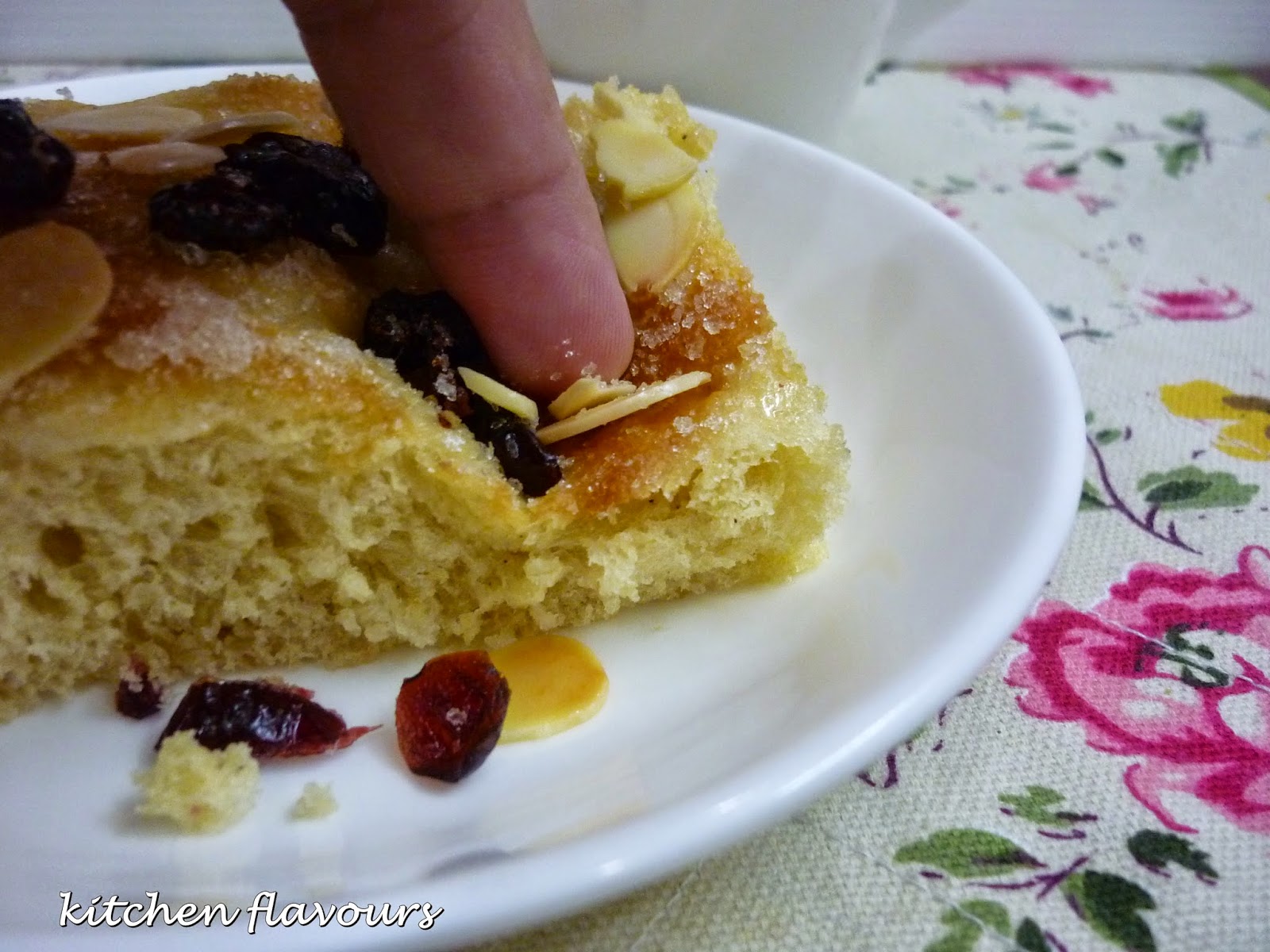 The bread is so fluffy soft. Press it down... 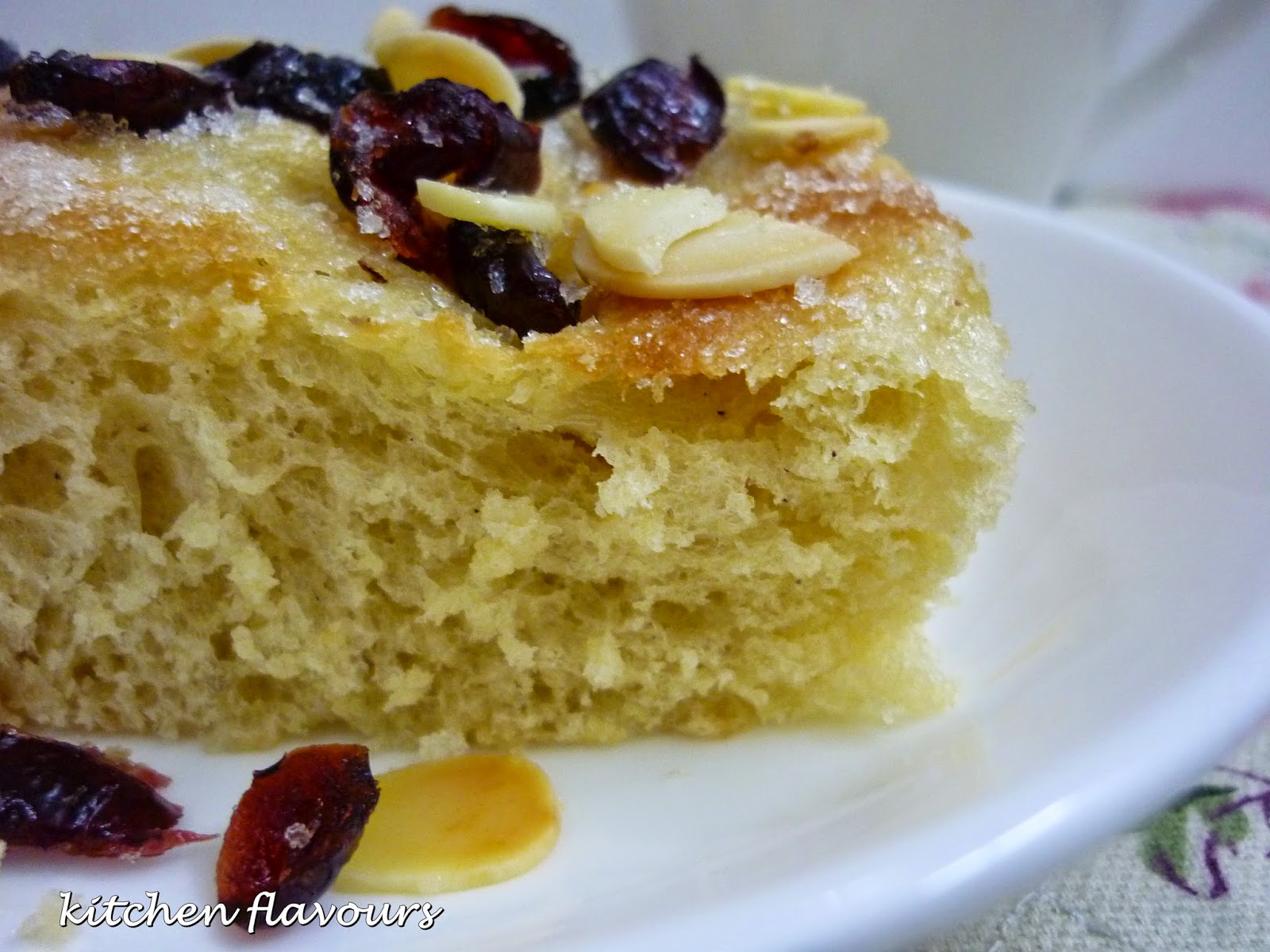 and it bounces back up again. I like the topping so much, with the sprinkling of sugar, each bite of this lovely bread has that sweetness from the sugar, the slight sourish taste of the cranberries, the nutty crunch of the almonds, together with the fluffy soft bread, makes one really yummy sweet bread. I made this bread yesterday, and this morning when I had a few slices for breakfast, it was still soft. A keeper recipe, which I would make again when I'm craving for some sweet bread for tea time treat!

My notes:
- use bread flour instead of all-purpose flour
- use only 1/8 teaspoon of salt as I've used salted butter
- use 2 teaspoons of instant yeast
- use 2 tablespoons sugar for the topping instead of 3 tablespoons
- baked at 220C for 11 minutes


For the full recipe and instructions, please visit the host of this bake, Lena of Frozen Wings. To view other members' bake, please visit The Home Bakers (THB). 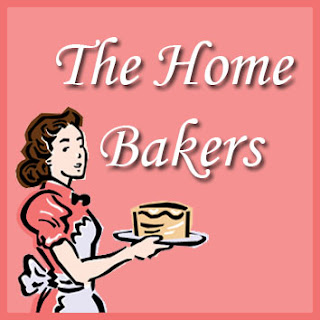 We are a group of home bakers who are currently baking from "Coffee Cakes" by Lou Seibert Pappas. This is our bake no. 40 and we have 20 recipes more to go. If you are interested to be a member and join in our bakes, you may drop me an email at kitchenflavours@yahoo.com.

and I'm sharing this post with :
Little Thumbs Up event organized by Zoe of Bake For Happy Kids, Doreen of My Little Favourite D.I.Y, and hosted by Diana of The Domestic Goddess Wannabe 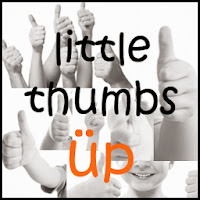 Posted by kitchen flavours at 10:00 AM