Chicken, Leek and Parsley Pie And A Roundup for Cheerio Nigel!

"Cheerio Nigel", the theme for this week at I Heart Cooking Clubs (IHCC). This is our final week of cooking with Nigel Slater. We will be starting with our new featured chef, Diana Henry, starting Oct 5th next week. Want to join us? Get the full details here. Well, it has been a wonderful six months cooking with Nigel Slater's recipes. But it certainly is not goodbye, as I will definitely be cooking from his books from time to time.

To say "Cheerio" to Nigel, I've made Chicken, Leek and Parsley Pie, and it was so, so, delicious!

Firstly, let's harvest some leeks from the garden pot! 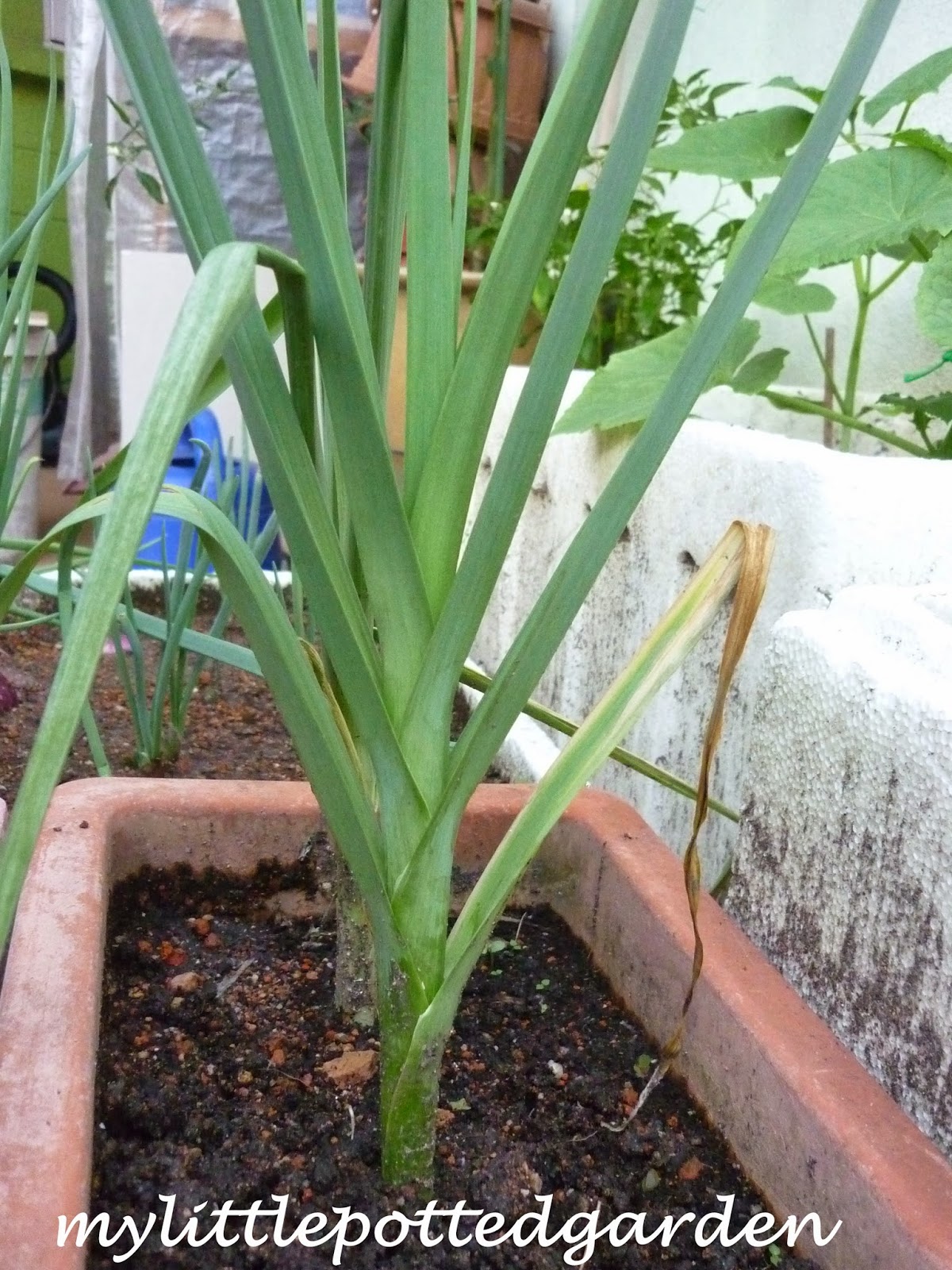 First make the filling. I have used chicken breast meat, instead of chicken on the bones, which I've seasoned with salt and pepper (even though Nigel did not season the chicken pieces), and baked in the oven at 200C for 30 minutes until cooked through. Leave to cool, cut into bite-sized pieces and used as directed in the recipe. The 2 leeks from my garden pot is not enough, so I have bought 2 more to add on. The leeks are cooked till soft, then some flour is added in, with some hot stock, cook until the sauce thickens, add in the chicken pieces, bay leaves, chopped parsley, bay leaves, salt and pepper. I have forgotten to add the chopped parsley as I did not take it out from the refrigerator. Obviously, "out of sight, out of mind"!  LOL!

The filling is so yummy, that I can't help thinking that serving this over pasta would be lovely indeed!

This chicken pie is baked in a pie dish as one large pie, but I have used the ramekin moulds to make individual pies, which makes serving easier. Each person has one pie all to themselves. Besides, I don't want to share my pie! Haha! 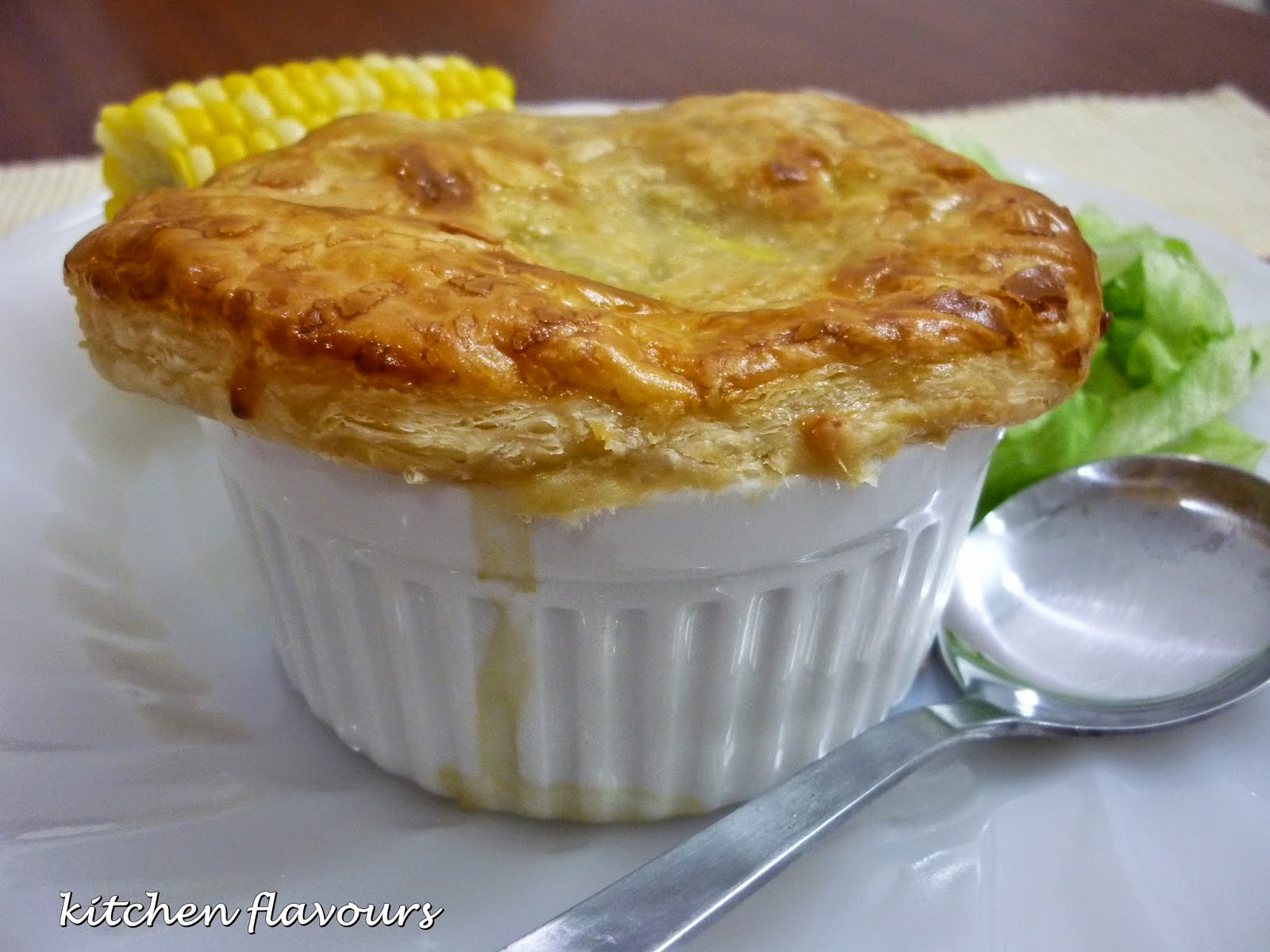 Brush the top with some egg wash and bake till the the crust is all golden and crispy. I served the pie with some steamed corn and salad greens. 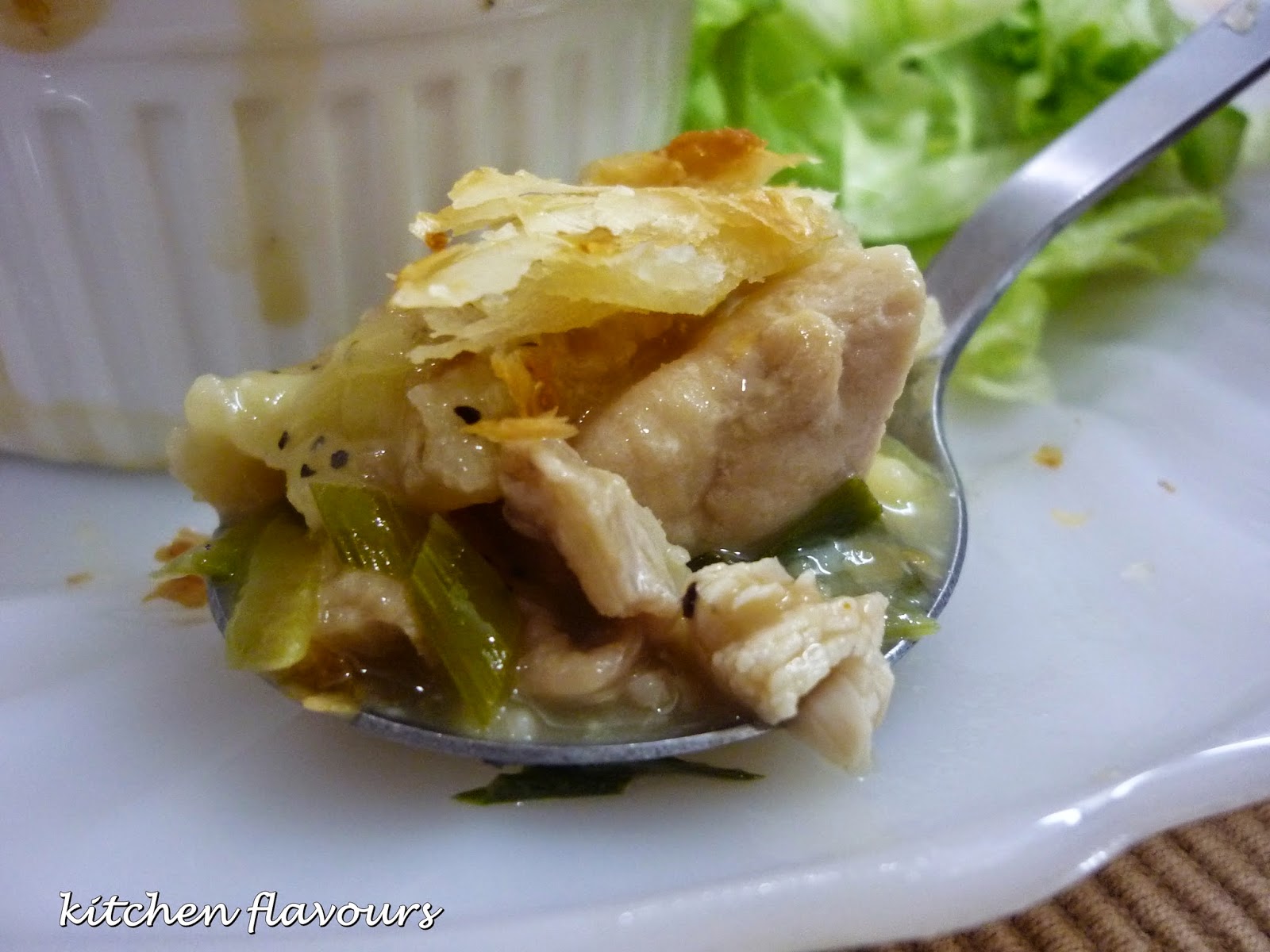 This is so delicious! The filling has that wonderful delicious taste of soft sweet tender leeks and soft, moist, tender chicken chunks. Of course, the crispy buttery puff pastry makes it all the more perfect. Yummy! Will definitely make this again. Now I got to plant more leeks!


Set the oven at 200C (Gas 6). Put the chicken pieces in a roasting tin and bake for thirty minutes, till golden. Remove from the oven, leave to cool a little, then remove the flesh from the bones in large, bite-sized pieces and set aside. (I used 1-1/2 piece of large chicken breast meat, season with salt and pepper and bake in the oven for 30 minutes).
Thinly slice the leeks, wash them thoroughly, then cook them with the butter and about 100ml of water till soft and brightly coloured. It is essential not to let them colour, so keep a lid on and don't have the heat too high. When they are soft, stir in the flour, leave to cook for a few minutes, then gradually pour in the hot stock, stirring as you go. Continue to cook, letting the leek mixture simmer for ten minutes or so, till you have a thickish sauce. Add the cooked chicken, bay leaves, chopped parsley and some salt and pepper and continue cooking for a good five minutes. Try not to let the chicken break up too much.
Spoon the chicken and leek filling into a pie dish. Unroll the pastry and place it over the top of the dish, letting it overhang the sides. Brush the pastry with the seasoned beaten egg and milk, cut 3 small slits in the top to let out the steam and bake for twenty-five minutes or until the pastry is crisp and golden. (I made in ramekins for individual servings).
Enough for 6. 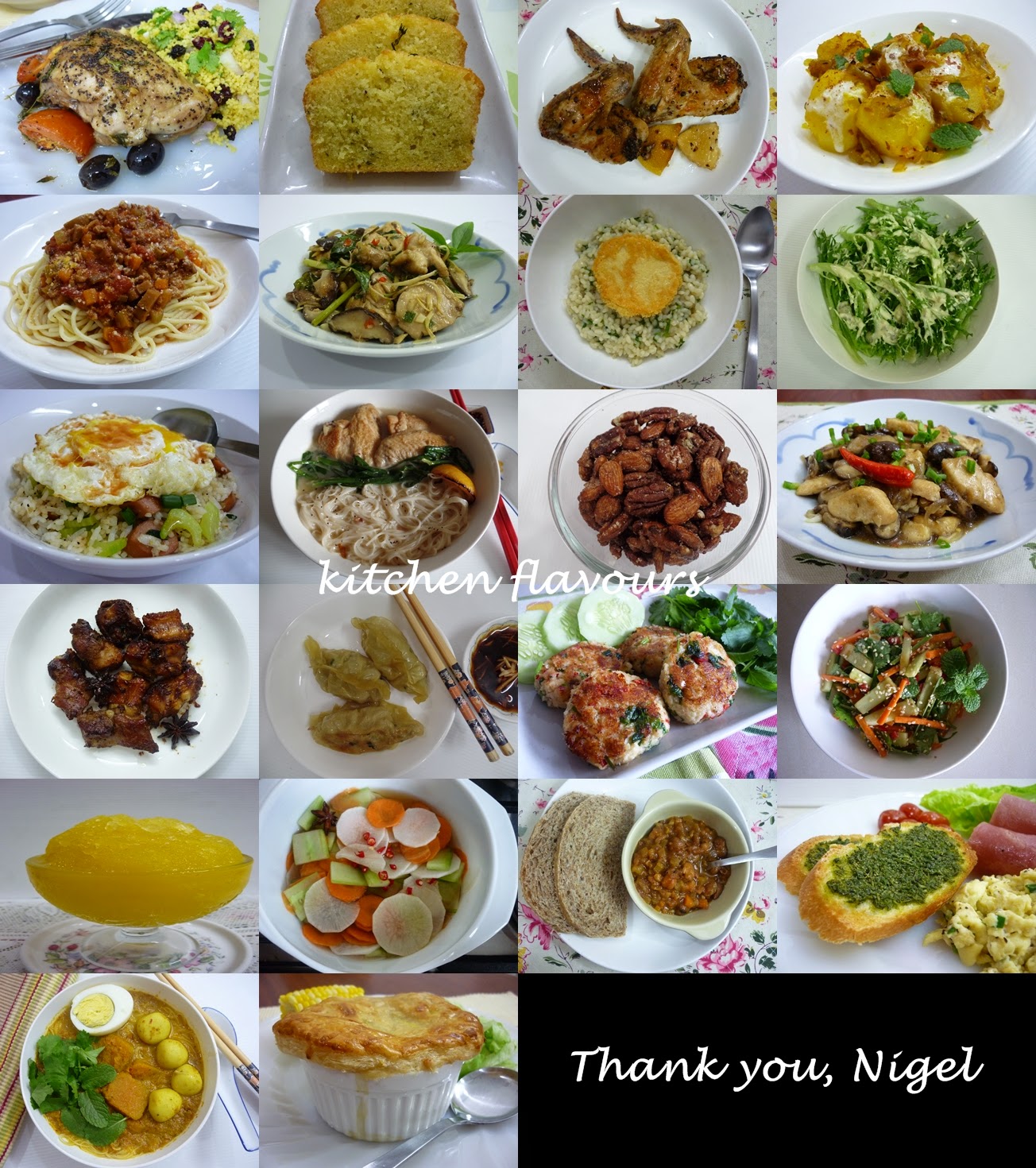 This post is linked to I Heart Cooking Clubs (IHCC), the theme for this week "Cheerio Nigel!"

Posted by kitchen flavours at 2:54 PM