"Bread Ahead", the theme for this week at I Heart Cooking Clubs (IHCC). We are currently cooking from Nigel Slater's recipes. I was searching for some bread recipes of Nigel when this recipe caught my attention, at least the herb paste did. Originally, this recipe is called Leek and Bacon Soup with Rosemary Croutes, but I have made only the Rosemary Croutes, did not make the soup. 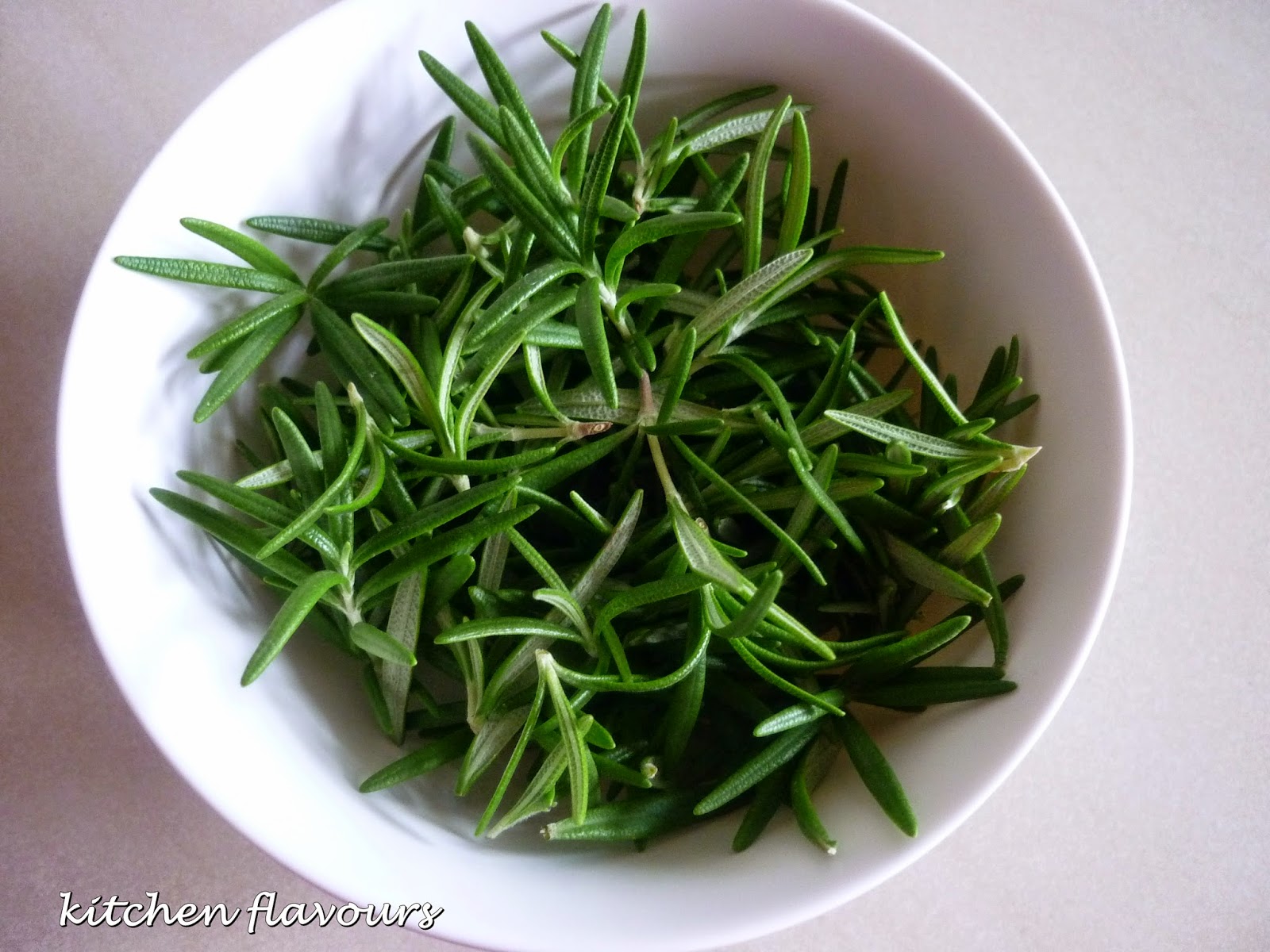 In the recipe, rosemary needles are weighed at 10 grams. This is the first time I'm weighing rosemary! LOL! I have always seen recipes using either in tablespoons measurement or sprigs, so how much is 10grams of rosemary needles? Snipped two large sprigs from my garden pot, and the above photo is 10 grams of the leaves, about a small bowl. There's really no need to follow the exact measurements, simply get a cupful of rosemary needles, then blend or process it with enough of olive oil until it comes to a spreading paste. Season with salt and black pepper to taste. 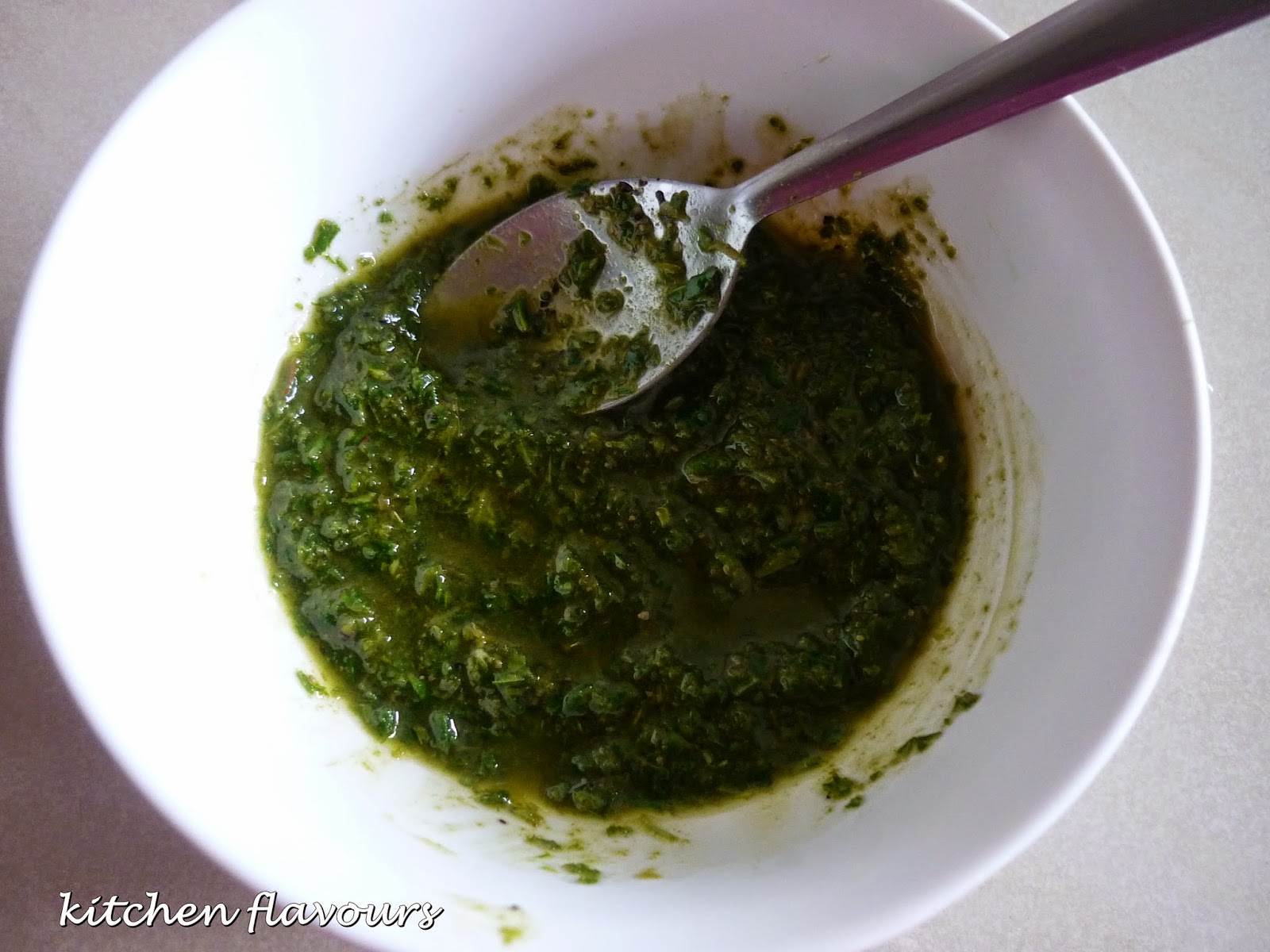 The leaves are blended with some olive oil to a paste. Now, I tried to cut down on the amount of oil, from 6 tablespoons to about 3.  But I guess, that is not a good idea! I find that I got to use all the 6 tablespoons in the end, to make the paste really nice. Season with some salt and black pepper. It tastes amazing! I thought that the scent of the rosemary might be overpowering, but it is really, really nice! 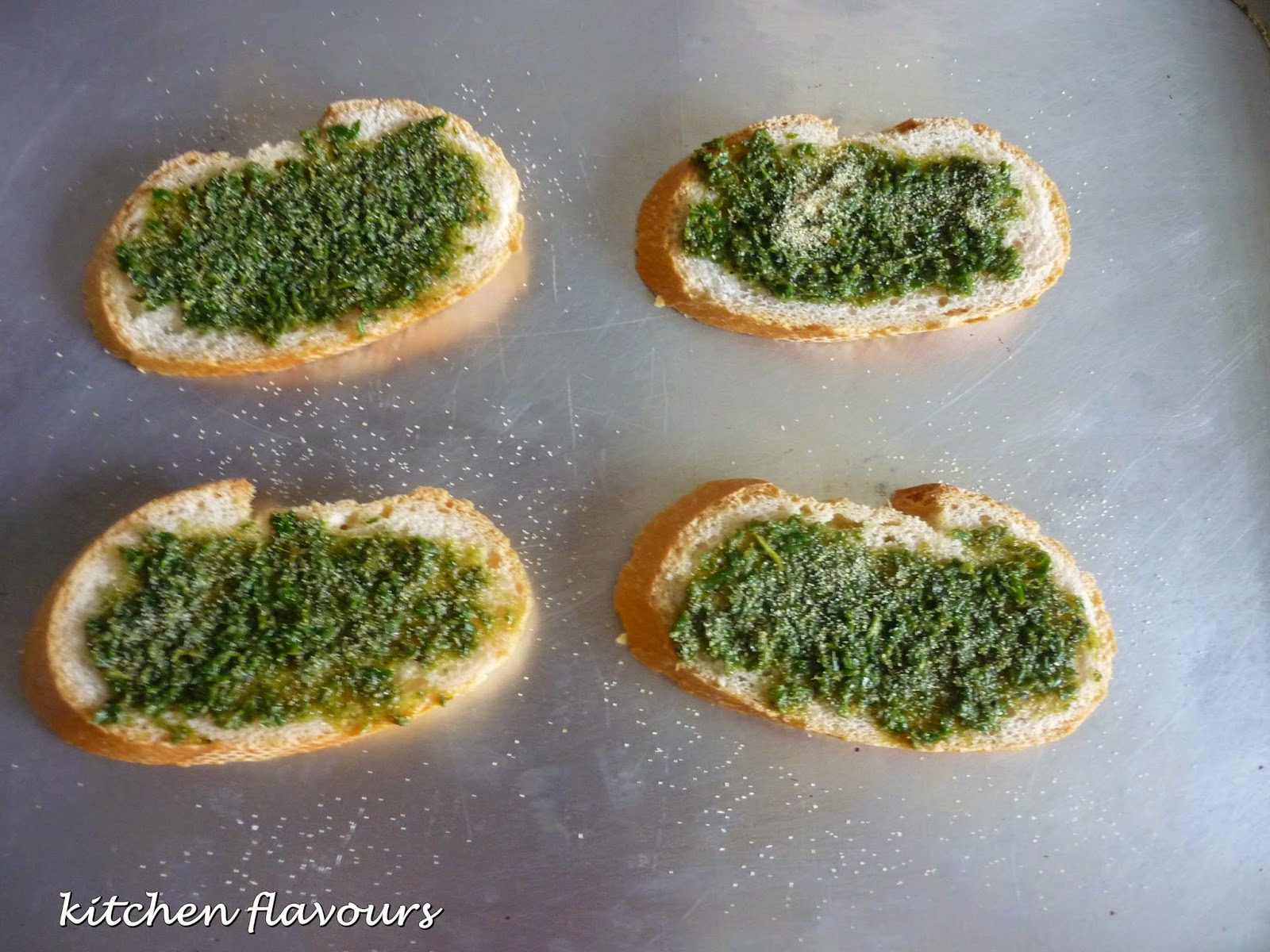 Get a couple of sliced baguettes, spread the Rosemary Paste over it, with some of the oil. I've sprinkled some garlic powder over, and place under the hot grill for about 2 minutes until the bread is crispy.
- 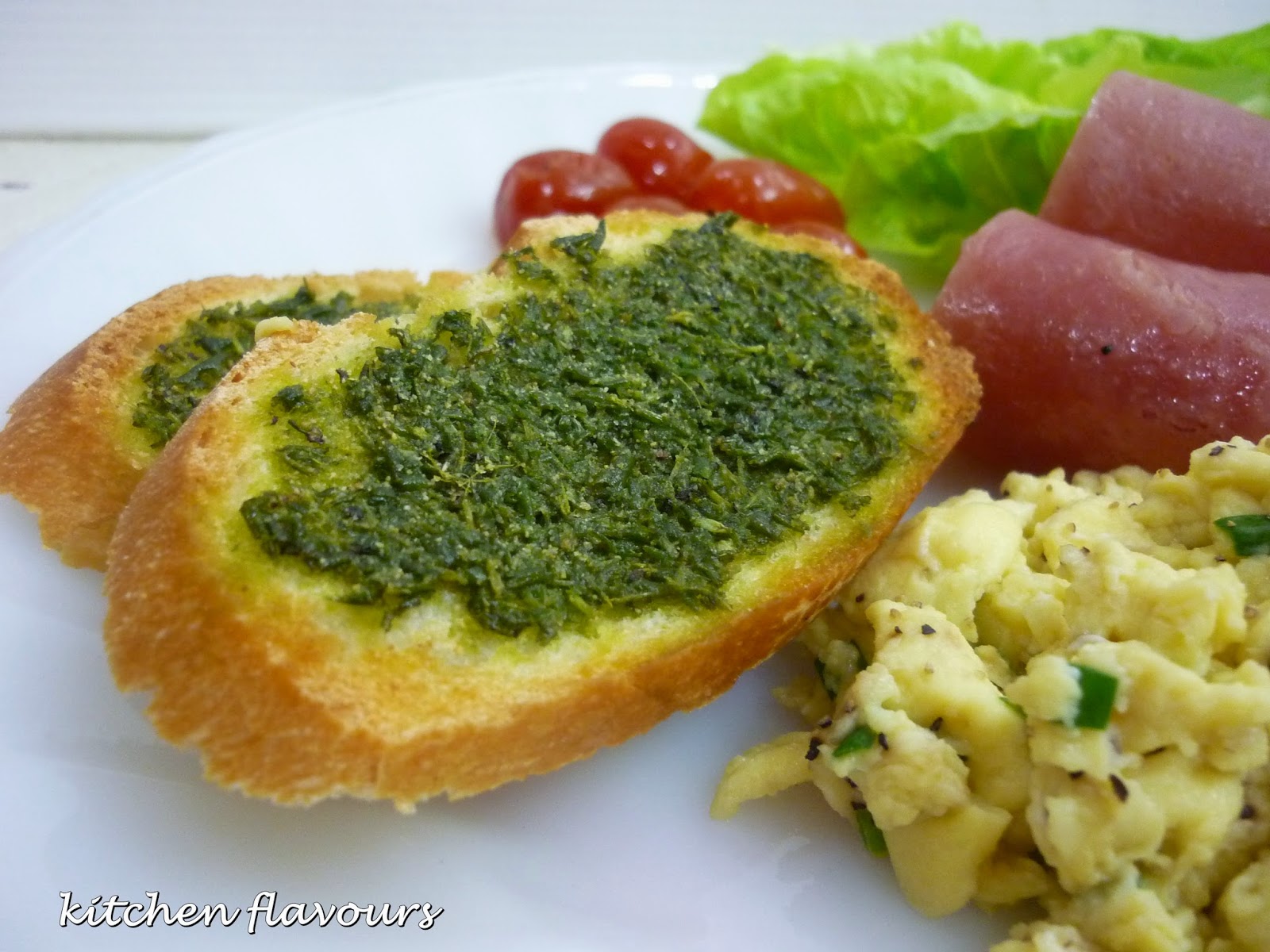 Serve it immediately. I made this for my kids after school meal with some eggs, ham and green lettuce.  All of us love the Rosemary Croutes. It's really yummy! I will definitely make this again!


Make the rosemary paste by putting the olive oil into a food processor or blender with the rosemary needles. Blitz the herbs and oil, with a little salt and pepper, till all is bright green. Cut 12 long thin slices of bread from the loaf above (Nigel has given a recipe for bread, but I have used store-bought baguette). Place them flat on a baking sheet, then spoon over the rosemary oil. (Sprinkle with some garlic powder). Place under a hot grill till the bread is lightly crisp.


I'm linking this post with I Heart Cooking Clubs (IHCC), theme for this week "Bread Ahead" 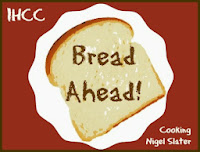 Posted by kitchen flavours at 7:15 PM