This week's bake at Tuesdays With Dorie (TWD), is Nutella Buttons. These are little mini spongy cupcakes, baked in mini muffin pan and filled with Nutella, already sounds so good! Dorie describes it as "the cake itself is a white cake with an especially fine and springy crumb, and the surprise is anything you'd like it to be". Instead of Nutella, you could fill the cake with a dollop of jam. In my house, it has got to be Nutella! 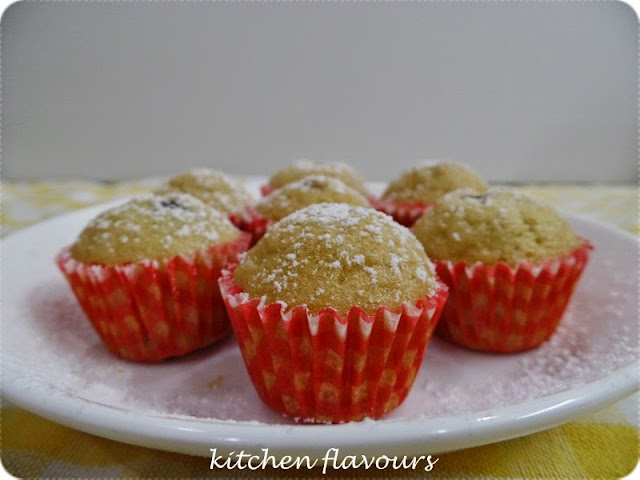 These buttons are easy enough to bake. Firstly, the eggs got to be separated. The dry ingredients are mixed with the egg yolks and vanilla extract and a few drops of almond extract (which I've omitted), to a thick paste. The egg whites are whisked in the stand mixer until firm peaks and then added to the egg yolk mixture. A teaspoonful of the batter is put into the mini muffin pans, followed by half a teaspoon of Nutella and another teaspoonful or more of batter, just to the top. Bake in a preheated oven for 15 to 18 minutes until golden brown and springy to the touch. I baked mine for 16 minutes. 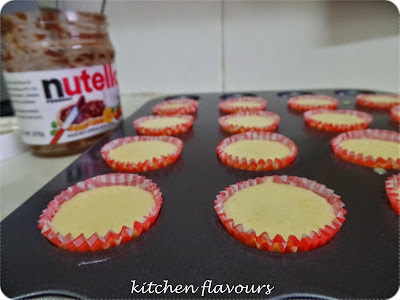 I used a standard-mini sized 24-hole muffin pan, and got a total of 36 buttons instead of 24, which is a good thing! Remove the buttons from the muffin pan immediately after baking, and let cool on wire rack. 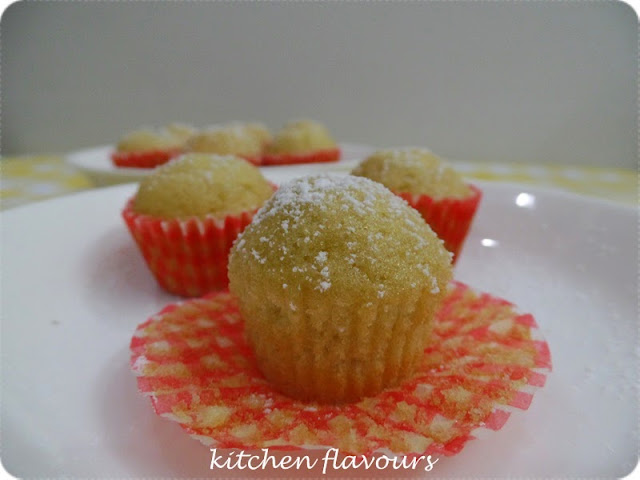 These buttons rises really well and look very cute in little paper cups. From the picture in the book, Dorie has coated the top with chocolate ganache. But I have left them plain with only a dusting of confectioners' sugar before serving. As these little buttons are really small, you can pop the whole button into the mouth! I feel that with the ganache, it might be "chocolate overload" (if there's such a thing?, LOL!), what with the Nutella as the filling, I do not want the ganache to take over the taste of the nutella in these little buttons. 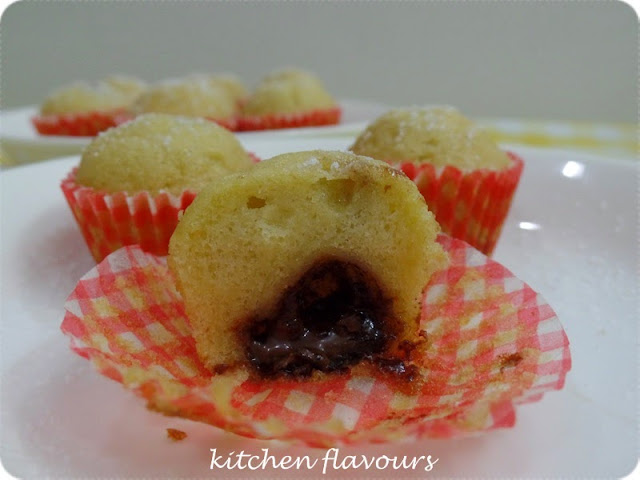 The cake itself is soft and springy. These little buttons are fun to eat and so yummy with the nutella filling. Makes the perfect snack for kids to share with their friends.

Posted by kitchen flavours at 1:56 PM