This is another lovely bread from Bernard Clayton's New Complete Book of Bread. Originally, this bread is called Maple Oatmeal Bread, and it uses maple syrup, all 3/4 cup for two loaves of bread. Since I do not have any maple syrup, I have used honey instead, and reduced the amount slightly. I've made only half a recipe for 1 loaf of bread. 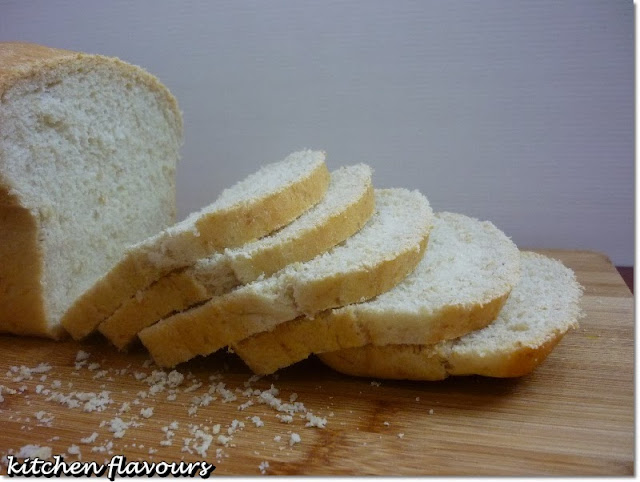 A soft bread with light golden crust, with just a hint of sweetness from the honey. 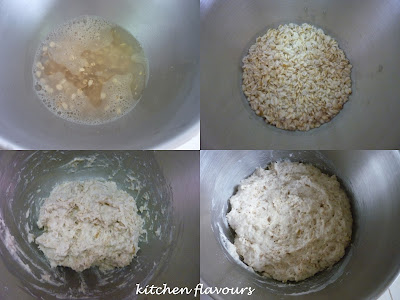 Rolled oats is soaked in some boiling water for an hour. The softened roll oats are then mixed with the rest of the ingredients, honey, salt, cooking oil and some flour, mixed to a stiff batter.  Cover with cling wrap and leave until doubled in size, about 1 hour.

Add the rest of the flour, 1/2 cup at a time to the risen doughy batter and knead until the dough leaves the sides of the mixing bowl. In total I have used about 3 cups of bread flour. Shape the dough into a loaf and placed in a greased loaf pan, 8" x 4-1/2", covered with greased cling wrap and leave to rise until it reaches the rim of the loaf pan. Preheat the oven about 15 minutes before baking, at 350F. 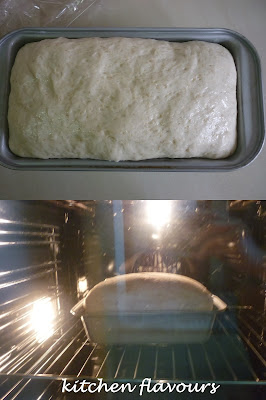 This bread is baked in  a moderately low temperature oven for 40-50 minutes to allow the bread to rise further into a light brown loaf. It rises really well during the first 20 minutes of baking. 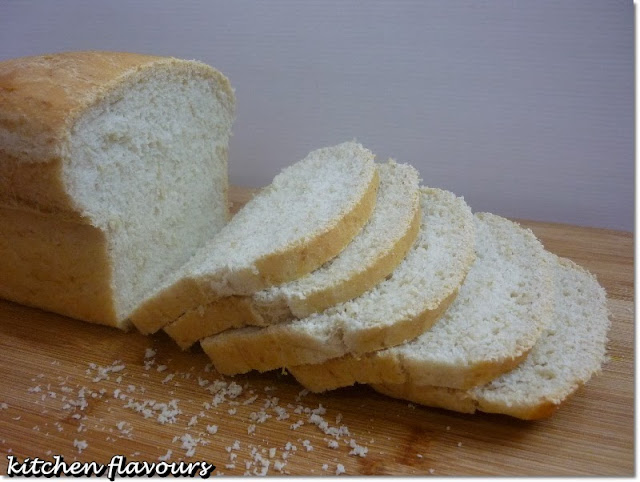 It bakes up beautifully with a light golden crust. The bread has a light sweetness in taste from the honey and the oats are blended into the dough, which gives a soft and nice bread texture. Just as the author says, "An admirable loaf"!


This post is linked to the event, Little Thumbs Up, organized by Zoe from Bake For Happy Kids and Doreen from My Little Favourite D.I.Y, hosted by Vivian from Vivian Pang's Kitchen

I'm sharing this post with :
Cook-Your-Books #6 hosted by Kitchen Flavours