"Something Sweet", our theme for this week at I Heart Cooking Clubs (IHCC), where we are currently cooking from our featured chef's recipes, Yotam Ottolenghi, until September. Since we are having a two-week school holiday break, I have been making some snacks on some afternoons and have chosen YO's apple fritters for one of our afternoons tea-time munch.

According to YO, the recipe was obtained from Yammi's (his partner) friend's mother. And just like he says, this is sweet, sour and comforting. 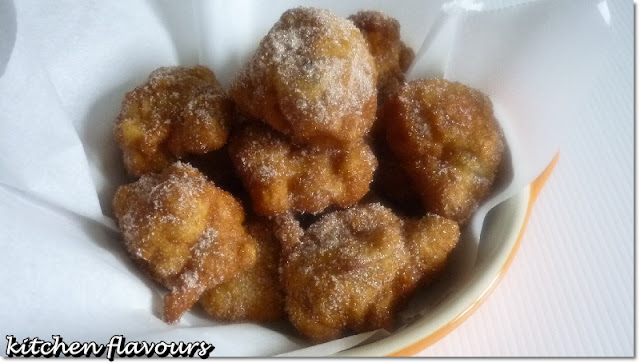 I like it that there isn't any sugar used for the batter, but I did make a few changes. Firstly, the batter is really thick, I supposed it was meant to be thick. I fried a few pieces to test and find that I prefer the fritters to be more on the lighter and softer side. So I have added in another half cup of milk to the batter and another half teaspoon of baking powder along with a pinch of salt. The fritters came out better and it was soft and very nice.

I've made only half a recipe for the sugar and cinnamon mixture, and it actually is enough for one  full recipe of the fritters, with a couple of tablespoons left of the cinnamon-sugar mixture. 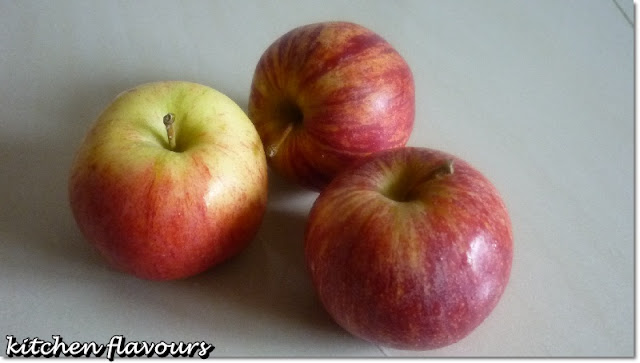 I have used 3 small Gala apples. 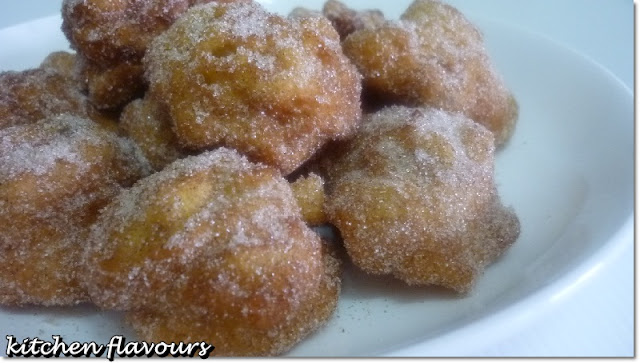 Lovely fritters. They may look very sweet with all the sugar coating on the outside, but these are not overly sweet at all, because there is no sugar in the batter. The cinnamon-sugar coating on the outside is very fragrant and with just the right amount of sweetness, with the slight sourness from the apples and sweet sultanas. These fritters are a total winner with the kids! And me too!  My son, after munching on the first fritters, asked me, "Where's the tea? This is very nice with a cup of tea"!!!  OK, son, one pot of hot tea coming right up! And he's right, this is wonderful with a cup of warm tea! Please do stop by I Heart Cooking Clubs (IHCC) to view what my friends have made for the theme of this week, "Something Sweet", and if you are interested to join us, please find out more details from IHCC.

Heat the vegetable oil well. When hot, use two spoons to drop dollops of the mix into the hot oil, turning them frequently, until golden. Lift the fritters from the oil onto kitchen paper. While they are still hot, roll them in  the sugar and cinnamon mix. Eat at once.
Posted by kitchen flavours at 12:00 AM