Today's chicken recipe is "African Drumstick", a recipe adapted by Nigella, which she got from a friend of hers. Nigella tweaked the recipe by using chicken drumstick, which originally was made with pork, and to reduce the amount of sweetness by lessening the amount of apricot jam. 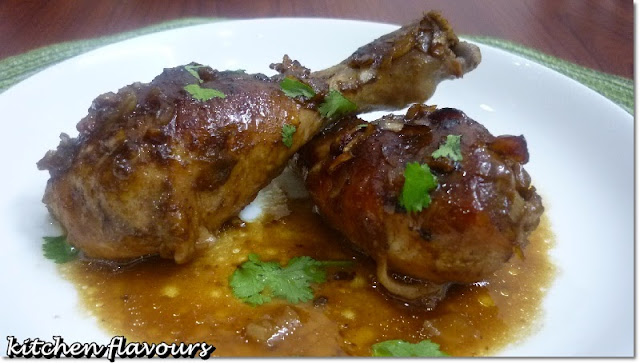 The only changes I made was to replace the English mustard with Dijon, as that was what I had and orange marmalade for the apricot jam. Nigella's recipe does not mention any salt, I have however added some salt to taste when I mixed the marinade.

This is a very easy dish to make, the drumsticks are marinated with all the ingredients, and I have placed the marinated drumsticks in the refrigerator, covered, for three hours, and then bake in the oven for 45 minutes to 1 hour until cooked through, basting twice in-between.

Lian from Whatever You Do has made this dish too, check out her post! 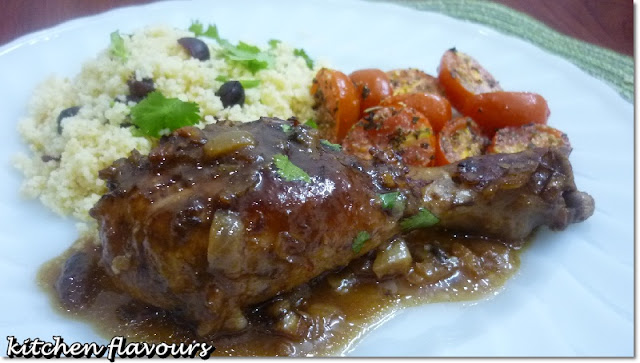 The drumsticks are really tender, moist and the marinating sauce has slightly thickened to a salty and slightly sweet gravy. Kids would love this dish. I served these drumsticks with some couscous and cherry tomatoes, which I will be sharing in next post.

Make Ahead Note :
The chicken can be marinated overnight in a covered bowl in the refrigerator.

Freeze Note :
The chicken can be frozen in the marinade in a resealable bag for up to 3 monhts. Thaw overnight in the refrigerator (put bag in a bowl to catch drips) and cook following directions in recipe.


I'm linking this post to Cook Like A Star, where the featured chef for this month is NIGELLA LAWSON. Cook Like A Star is an event organized by Zoe from Bake For Happy Kids, and the co-hosts for this month are Anuja from Simple Baking and me, Joyce from Kitchen Flavours. Cook or bake any of Nigella Lawson's recipes and link your posts to any of the hosts' linky which will stay open for the whole month of August. All submissions to this event must be current posts, published within the current month of this event, any older posts will be deleted. Please mention and link Cook Like A Star somewhere in your post. Do join us, everyone is welcome! 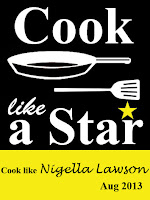 Cook Like A Star featuring Nigella Lawson, from 1st August to 31st August 2013 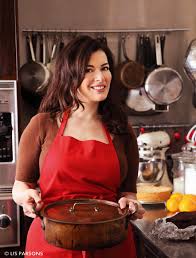 And I'm sharing this with :
Cook-Your-Books #3 hosted by Kitchen Flavours

Posted by kitchen flavours at 1:20 PM